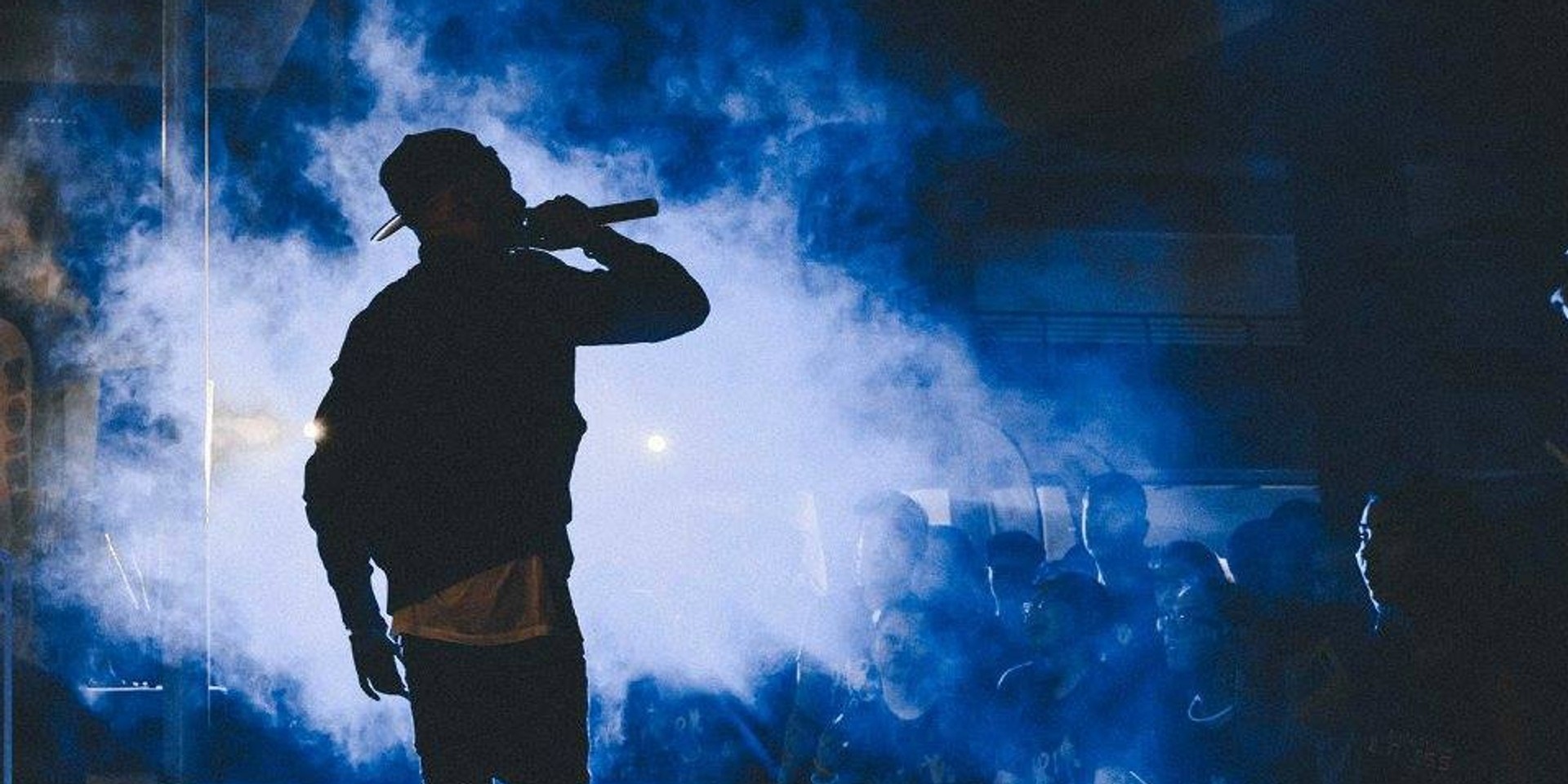 At Meridian Junior College, the students chattered excitedly in organised clusters before the first act made their way on stage. Despite the notorious Singapore heat, any curious passer-by could see that they had all been eagerly anticipating this moment. But then again, it’s not every day that the *SCAPE Invasion Tour comes a-knockin’. 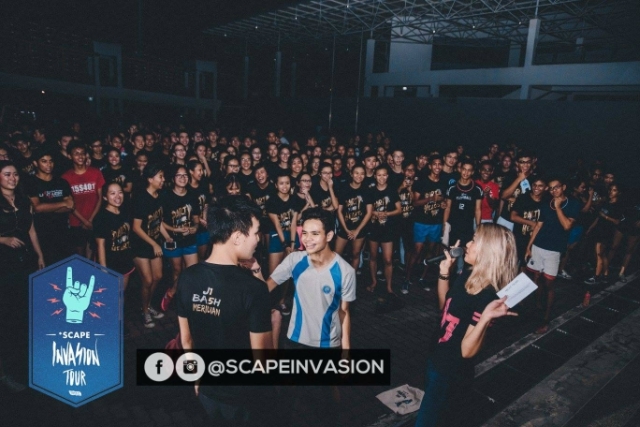 The first act, local indie rockers Take Two commenced with a palpable drumbeat, effortlessly glazing over the hi-hats as a heavy bass droned on. The strong bass echoed, setting the pace for the five-piece band’s opening melody. 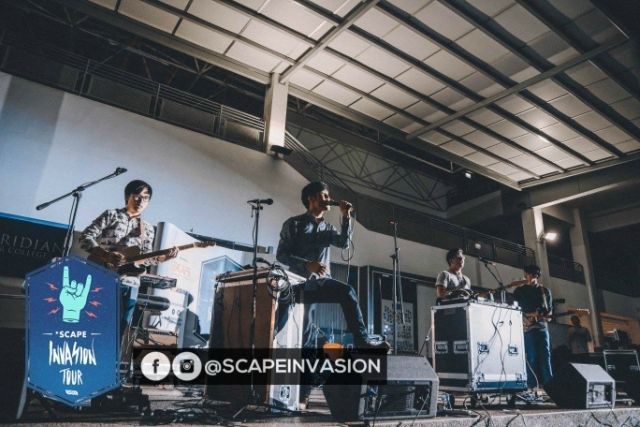 Frontman Paddy Jonathan Ong took centre stage as he kicked things off with his booming vocals. Fluctuating between a light falsetto and playful chest voice, his vocal quality enticed the senses thanks to a masterful blend of indie and alternative rock. Take Two’s light and fun sound certainly liberated the Meridian JC audience onto their feet, as they felt compelled to dance to the song’s rapid guitar hook. 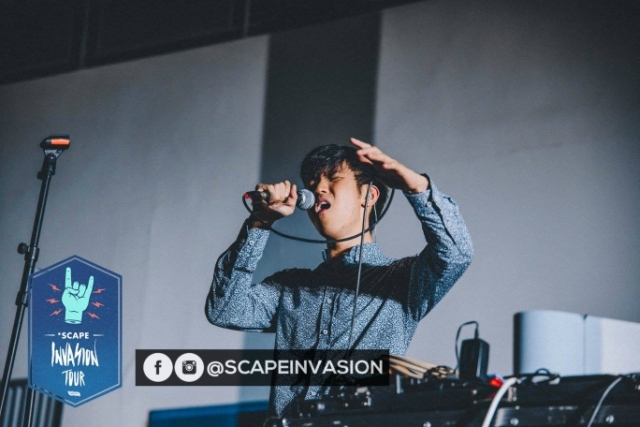 As the band glided through their set list, which included a cover of Walk the Moon’s ‘Shut Up and Dance’, the students upped their dancing pace as the tempo quickened. Leaving the audience with a case of happy feet, Take Two left the crowd energised for the next act, THELIONCITYBOY (TLCB).
TLCB didn’t fail to convey the same enthusiasm as the last act, if not more. The local rapper screamed into the microphone to get the crowd’s adrenaline running, “This is the last *SCAPE Invasion… Can we do this show right?” 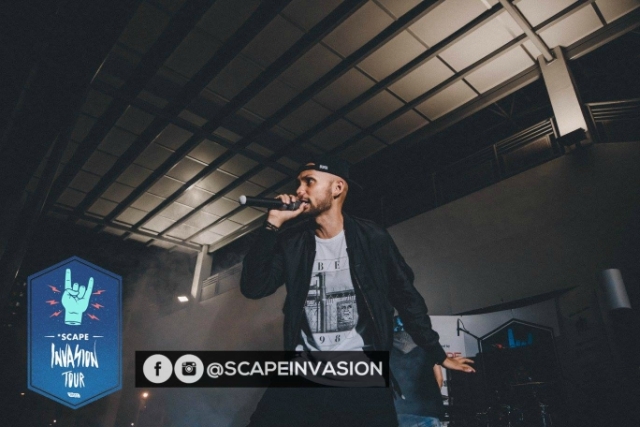 Bouncing with infectious energy and kicking his heels in the air, TLCB’s fleeting words dissipated into the atmosphere and the Meridian JC crowd. TLCB’s enviable, irreverent undertone fed into the audience and left the crowd wanting more as they sang and jumped in encouragement. Closing off the show to fervent encore calls, the 31-year-old rapper certainly lived up to his word by ending off the last leg of this year’s *SCAPE Invasion Tour “right”. 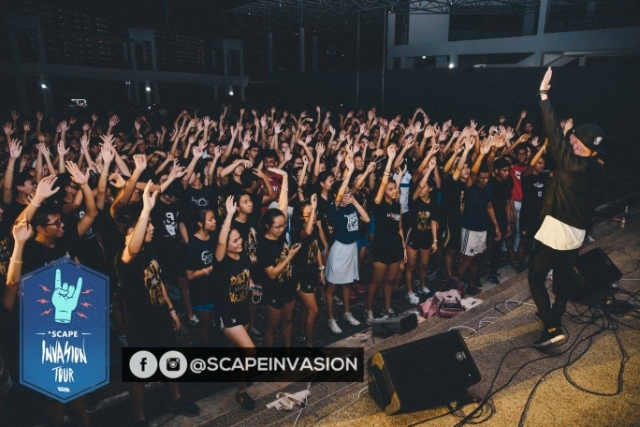