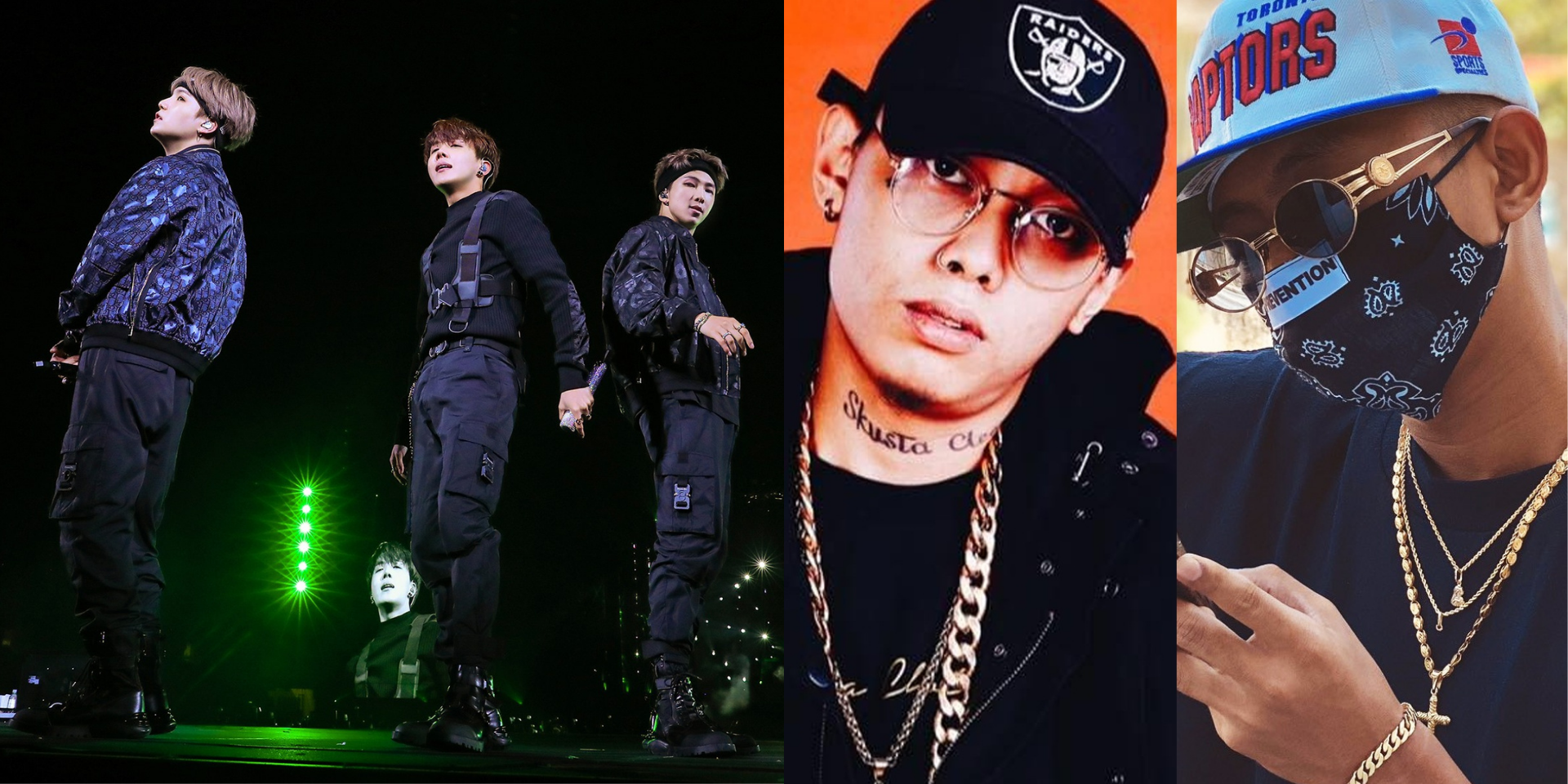 Nothing gets past the BTS ARMY.

Members of Filipino hip-hop collective, Ex Batallion - Flow G and Skusta Clee were called out on Twitter by ARMYs for allegedly plagiarising ''Ddaeng', a 2018 Soundcloud offering by the BTS rap line - RM, Suga, and J-Hope, with the recent release of 'Deym' in a video advertisement for a clothing line.

Twitter user @lovelykoopjm shared a side-by-side comparison video, where they'd sped up the BPM of 'Deym' to 'Ddaeng' to match the two.

(i highly advise you to use earphone while listening to this)
note: i increased the speed of deym by a bit to match the bpm of each other pic.twitter.com/y509A2ic3O

ARMYs have mobilised their troops and have made #SkustaCleeisGoingtoJailParty a trending topic on Philippine Twitter.

Plagiarism isn't a new issue in the music industry. In recent years, the likes of Ed Sheeran and Robin Thicke have been caught up in plagiarism issues with Marvin Gaye's estate for their songs, 'Thinking Out Loud' and 'Blurred Lines' respectively. Pop stars like Ariana Grande and Lady Gaga have also had their share of copyright infringement lawsuits.

Bandwagon has reached out to both Flow G and Skusta Clee, as well as Big Hit Entertainment's press representative. As of press time, we have received no response from either party.

[UPDATE: 7 OCTOBER 2020] Ex Battalion's Management has sent Bandwagon a press statement in response to the allegations made by fans on Twitter.

“It has been brought to attention of Ex-Battalion Music Management that the song “DEYM” by Archie “Flow G” Dela Cruz bears some resemblance to “DDAENG” by BTS. It was alleged by articles going around the internet that Flow G plagiarized the BTS song and made it his own. We at Ex-Battalion Music Management specifically deny all of these allegations.

Our artists used a generic triplet flow or cadence. Other international artist also used this cadence over the years such as A$AP Rocky and Quavo. These cadences are not owned by anyone as they are of public domain. It was also claimed that the “vibe” of these songs are similar because of this cadence. We would like to point out that the context of these songs is different and “vibe” is subjective. Parallel thinking among artists do happen and it cannot be avoided.”

Manager Mairon Philip Soliman also clarified that rapper Skusta Clee "had nothing to do with the song-writing process. He was just shown in the video as an ambassador of the brand. There is even a movement called “#SkustaCleeGoingToJailParty” even though there will be no jail time involved even if there is a conviction of copyright infringement."

Soliman urged the media to "remove these publications from their website within 72 hours or else we will be forced to file criminal charges against them" and closed the statement with an "appeal to the public and to the fanbase of both groups to refrain from wishing ill on any of the parties involved and rise above all the hate as a show of support and respect to these musicians during this trying time."

Compare the two tracks below.