Who says pop punk is dead? Definitely not the folks of Live Empire, who brought in The Used earlier this year and Anberlin and more later on in the year. But not too long from now, Fall Out Boy will be rocking up to do a show in Singapore!

First entering the pop punk scene in 2003 with their first album Take This To Your Grave, Fall Out Boy enjoyed commercial success and extensive radio airplay almost immediately. They were easily one of the better pop punk bands among the pseudo ones out there. What followed were a few more successful records (From Under The Cork Tree, Infinity on High) that made them responsible for a bunch of pretty anthemic tunes. To be honest, we still rock out to 'Sugar We're Going Down' at the office sometimes... 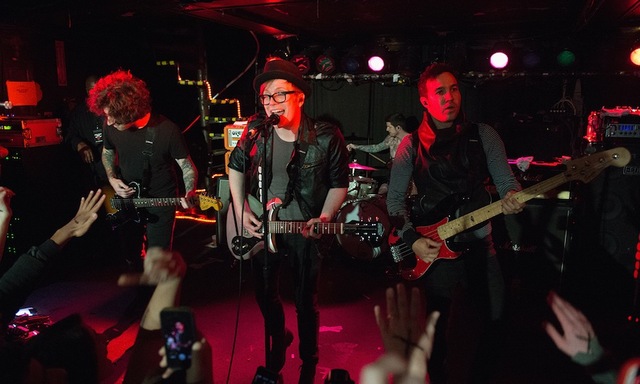 Being generous, we'd like to share this joy with our Bandwagon Singapore friends. Courtesy of Live Empire, we have a pair of tickets to catch Fall Out Boy Live on August 6! Stand a chance to win these exclusive passes to their 'Save Rock & Roll Tour' at Fort Canning Park. So fall in, and follow these instructions below:

1) ADD BANDWAGON SINGAPORE ON FACEBOOK
2) FILL IN THE FORM WE'VE INCLUDED ON THE PAGE
3) HOPE FOR THE BEST!