It’s a little past 6pm on a Thursday, and a beautiful sunset sky floats above Historia Boutique Bar and Restaurant along Sgt Esguerra. The venue’s classic 1800s-inspired aesthetics is accented by a tent bearing the likeness of National Hero Jose Rizal wearing shades.

The scene looks familiar, like lining up in an NBI Clearance queue, school enrolment, or a Bingo game (how Pinoy a scenario indeed) but at least the results are guaranteed: everyone present who pre-ordered limited edition Eraserheads wristwatches will take their purchase home. The announcements are prompt and so are most of the attendees; no “Filipino Time” exercised here (i.e. always late etc). There are hundreds of names in the list so it will take just a little bit more, well, time… a voice through the PA system carefully announces names, numbers, and the queue line; each member of the growing crowd waits in equal measures excitement and impatience. 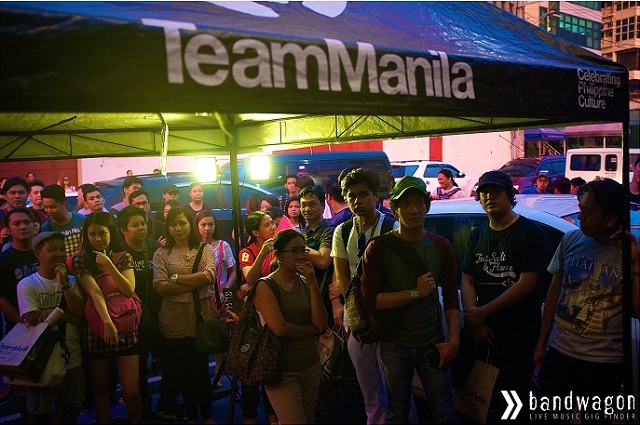 The familiar image is the TeamManila Lifestyle logo and the irreverent juxtaposition of the National Hero and shades accurately defines the graphic design studio’s ethos of “celebrating Philippine culture” through apparel and accessories; TeamManila Time wristwatches are its latest offering alongside Eraserheads-themed shirts. The TeamManila Time line is affordable (Php895), and the six available designs, as the company has consistently done with its other products, feature tastefully tweaked (yep, hip) re-interpretations of Philippine iconography. The idea is to “upturn the concept of ‘Filipino Time’ by encouraging its owners through design (sic) that promote Filipino identity.” 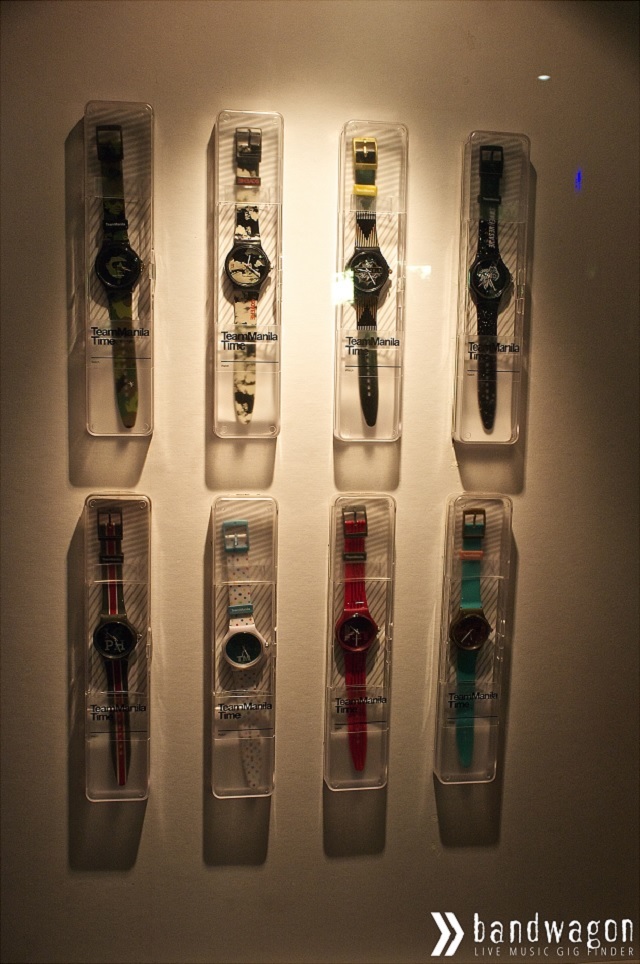 The two Eraserheads watch models “Moontime” and “Alapaap” priced at Php1,195 are limited to a production run of 300 pieces each;  customers who claimed their reservations had photo ops with Eheads Raymund Marasigan and Buddy Zabala during the launch event. A Php300 consumable entrance fee allowed patrons to watch sets from Assembly Generals, Cheats, Imago, and Sandwich. People who were unable to make pre-orders could only purchase shirts (also beautifully designed) but their entrance fee was waived.

There were watch-purchasers who weren’t ready to shell out the extra 300 bucks or weren’t able to bring enough for a shirt. If they did, their excitement over any Eheads experience would have been more complete: guitarist Marcus Adoro eventually arrived and jammed with Sandwich for three raw but rousing renderings of Eheads classics. (Zabala had to leave earlier for rehearsals with The Dawn) He happily did photo ops and signed merch. Adoro, who spends more time on a surfboard than an effects pedalboard, is the least visible ex-Head as Marasigan, Zabala, and Ely Buendia each have more active musical careers. His presence is met with excitement. He straps on Marasigan’s blue Gibson SG, cigarette dangling from his mouth like a true rock star, and the hitherto well-behaved audience rises to its collective feet. Marasigan directs the band through 'Sem Break' and 'Ang Huling El Bimbo'. Cheats drummer Enzo Hermosa sits behind the drum kit for one song; Adoro and Sandwich guitarists Diego Castillo and Mong Alcaraz play the chords and riffs as best as each could remember, trying to either complement or stay out of each other’s way, huge smiles throughout. 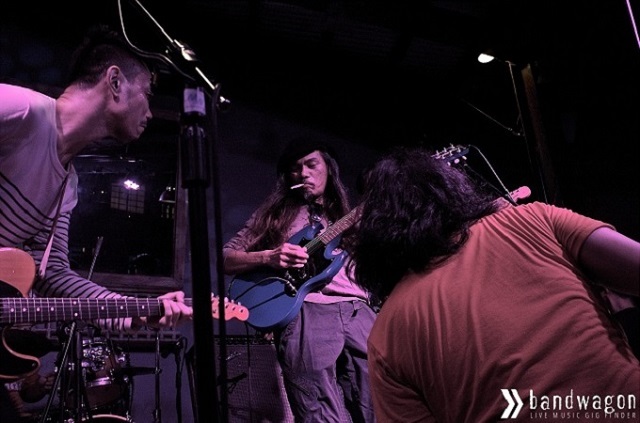 It is the relatively minor yet boisterous reunion with two Eheads that lent the evening some poignancy. Let’s face it: merchandise virtually extends any artist’s existence (and sometimes gratuitously exploited). Watch on wrist, shirt on your back… and there they are, half of the represented together in front of you, bringing you some hope that the tastefully executed merch implies.

It is somewhat of a sweet irony that, for a band whose material can be considered timeless, they are immortalised on timepieces.