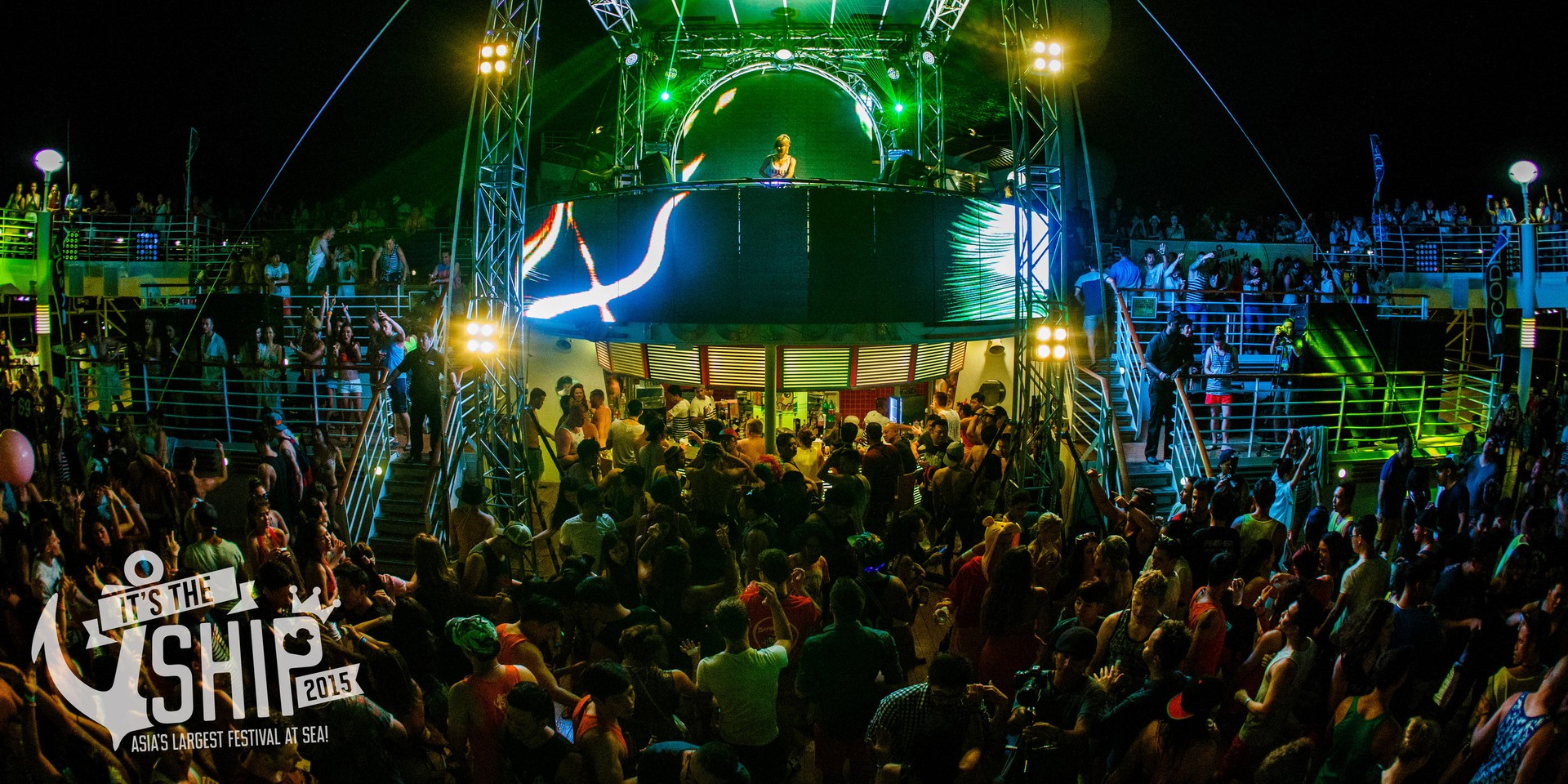 After the all the post-event buzz generated from Its The Ship’s inaugural voyage last year, you can bet that 2015’s edition was going to be even more hotly anticipated. True enough, this year’s cabin bookings actually managed to sell out the entire cruise ship (a colossal 5-star luxury liner christened Mariner Of The Seas) way ahead of departure this year, which is a pretty mean feat.

And far from simply being a commercial success, organizers The Livescape Group more than met the demand and hype with an incredibly fun 4-day itinerary filled with relentless music, pool parties and great people. Naturally, EDM acts drew the majority of revelers and was the focus of the main stage, but we here at Bandwagon decided to investigate It’s The Ship’s alternative offerings to bring you these 9 surprising highlights from the deeper end of It’s The Ship 2015. 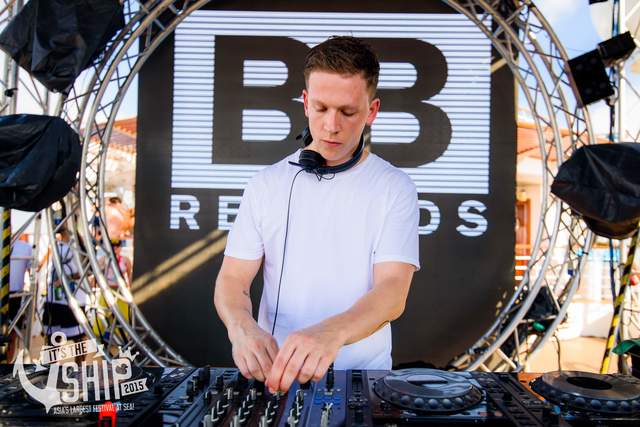 A true indie label success story, Black Butter may have started with a meagre £5000 investment just five years ago, but these days, the imprint is a bonafide worldwide phenomenon. And lucky for us, the London-based crew brought along their top talent for this cruise - namely Woz, My Nu Leng, NVOY and Applebottom. No matter where these guys went, the discerning crowd went with them. When anchoring the main stage in the afternoon, the boys rightly went for a tropical house meets nu-disco vibe, but it was their night-time sojourns at the St. Tropez stage where they really let loose. Their first trip there was a boisterous bass house outing, at least until My Nu Leng turned it up to 11 with heavy doses of grime, leading to unending gunfingers from the crowd. The entire crew even came back on the final morning to play an unscheduled back-to-back sunrise set (5am to 7am), keeping the tireless bass heads dancing right up till we docked at the Marina Cruise Center. 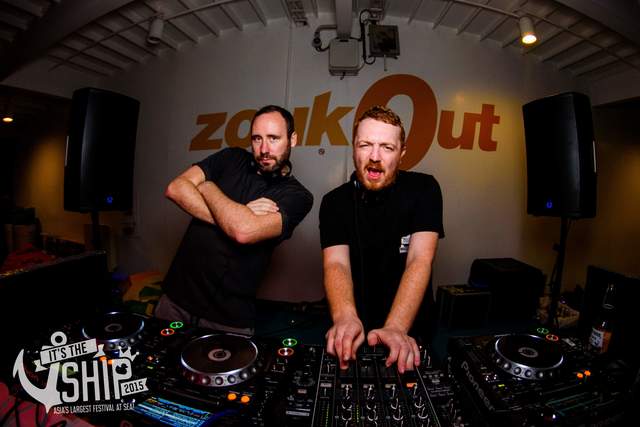 The schedule listed them as playing individual sets, but the two 4/4 masters decided to do one better and join forces for the entirety of their set times! Playing back-to-back for nearly three hours, Doorly and Oliver Dollar took turns to dish out some proper house and techno servings for the folks looking for a breather from all that EDM. Well, it wouldn’t be much of a breather though because you’d find yourself unable to stop moving the second you went up to St. Tropez. This one was absolutely magic, and was quite possibly the best set we caught over the whole weekend.

As fun as all the parties were, most would probably tell you that the Windjammer buffet restaurant was the place to be. Serving everything from Italian to Indian cuisine alongside assorted desserts and deli bites, the cooks at Windjammer worked round the clock to make sure guests could satisfy any conceivable food craving they may have, at any time of day. 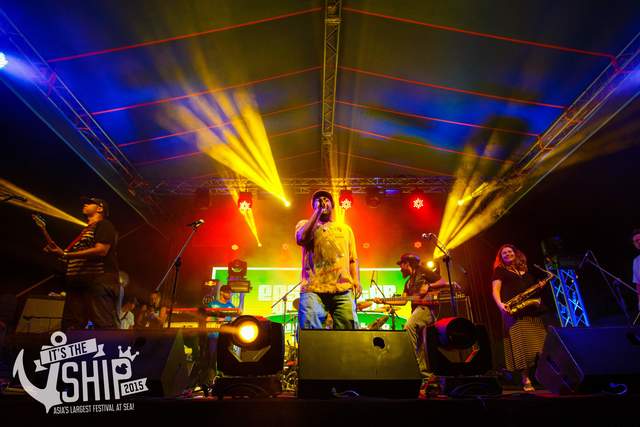 The trip down to Langkawi’s pristine beaches on Day 2 may have been fraught with unfortunate delays due to unforeseen transport issues, but the moment your feet touched gorgeous sand, Easy Star All-Stars made it all worth it. The Jamaican-American collective filled the seaside air with good vibes and great reggae, running through their repertoire of ska and dub with glee. Their famed covers of everything from Pink Floyd to Michael Jackson to Radiohead to The Beatles made our evening, sending us back to up to our cabins with broad smiles. 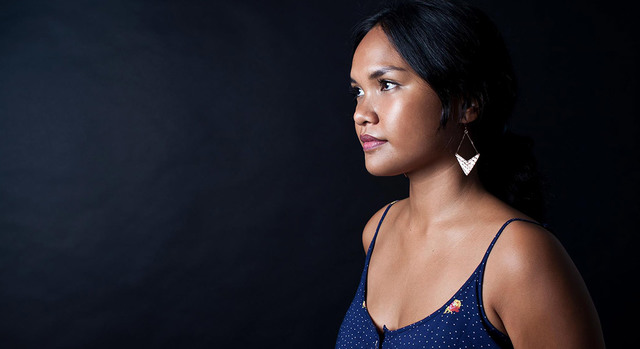 There were quite a number of local DJs playing on this year’s It’s The Ship but due to scheduling conflicts (and on occasion, exhaustion) we could only catch a couple. But the pair that we did catch - RAH and Godwin P - absolutely blew us away. Darker Than Wax and Revision Music’s first lady delivered a typically eclectic set, rinsing out tunes that we never thought we would ever hear on a boat party like this. From drum & bass to footwork to boom-bap hip-hop to Afrobeat, RAH went pretty adventurous with her track selection (considering the crowd), but it was a risk that was met with great enthusiasm by the end. Meanwhile, local house legend and kyo resident Godwin P went to bat with some timeless 4/4, spreading effortless classy vibes every time he stepped on deck. 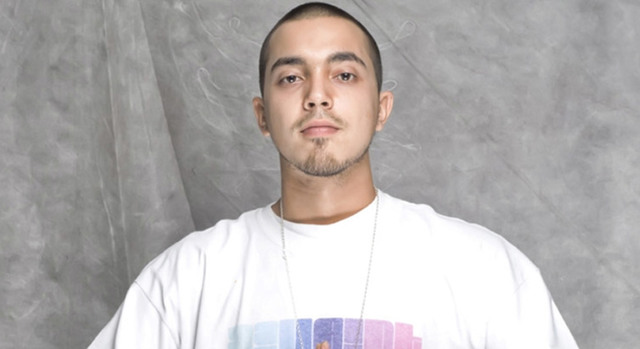 Not to be outdone, our friends from across the Causeway also got our groove going with some surprising variety. Kuala Lumpur’s finest female DJs, namely Twinkies (made up of Arabyrd and Nadia) and Irama, covered everything from twerky trap to tasteful tropical house at the Hot Tub Time Machine and St. Tropez stages. Meanwhile, names like Alam and Blastique also wowed with their deeper tech-house cuts, opening lots of eyes to what the Malaysian underground has to offer. At the top of the bill though, were a crew of Malaysian hip-hop superstars made up of rappers Joe Flizzow and Sonaone alongside DJ Biggie who always brought the hype with them. Headlining special showcase pop-up parties, at a cozy jazz bar and at a basketball court, the trio’s sets were always well-attended and famously rowdy. 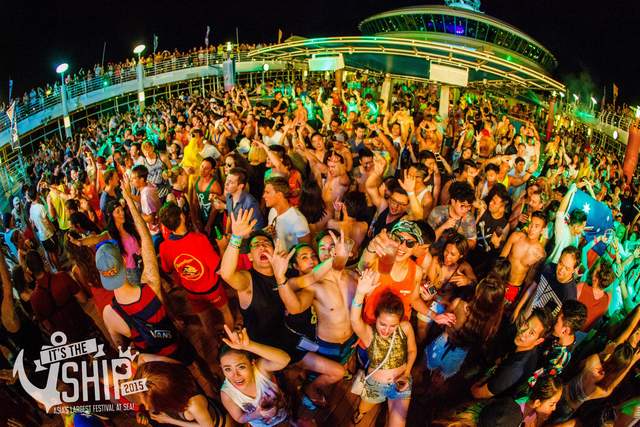 Mariner Of The Seas is a gargantuan vessel, but within a day or so, you felt like recognised everyone onboard already. Part of that was due to the fact that we all perpetually hung out, partied and ate at the same places, but mostly it was down to how friendly and engaging the everyone was! No matter where you went, from short elevator rides to prolonged interactions at the bar, strangers always made it a point to socialize with one another. Sometimes it was small talk and sometimes it became deeper conversations, but by the end, you really felt like were friends with all your fellow shipmates. 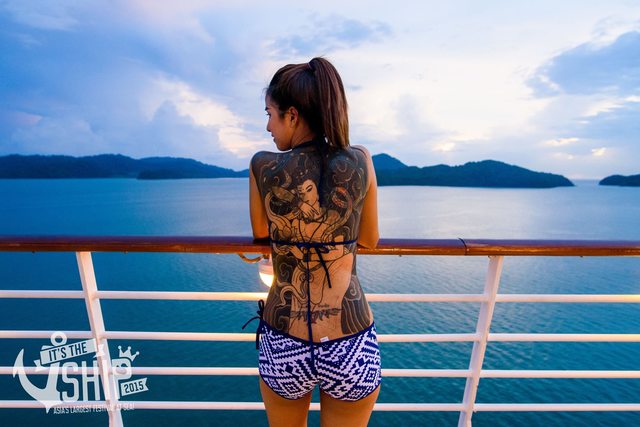 If you’ve never witnessed a sunrise or sunset from the vast ocean expanse, this should be on your bucket list. The kind folks at The Livescape Group graciously hooked us up with balcony-affixed cabins, meaning that we woke up every single morning with a majestic ocean view at dawn. And to be honest, even amidst the chaos going on elsewhere, nothing quite beats those serene moments in the early mornings. 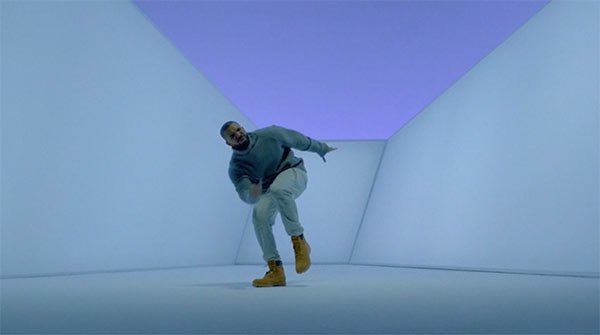 If you thought you could escape this song by traveling thousands of nautical miles into the South China Sea, well, think again. We heard this song a total of 14 times (we counted) over 4 days and 3 nights, and for some reason, it worked every single time. Drake’s song became the unofficial anthem of It's The Ship 2015, with every DJ getting in on the action, and his meme-worthy dance moves became an oft-imitated thing across every stage. (Yes, this did become a drinking game.)