The annual Future Music Festival is making its round to Kuala Lumpur soon (15 - 16 March) so all you electronic music enthusiasts better be planning to cross the causeway again for some festival-ities. Founder Brett Robinson swung by our island last week to chat with us a little about FMF and other things.

Tell us a bit about the beginnings of Future Music Festival.

We started about twenty years ago, 1993 we all kicked off and it's our 23 year anniversary this year. The first festival we did was 14 years ago called Summerdayze and after that, Summerdayze really grew from just the Melbourne one to around the country. And then Future Music Festival started seven years ago at Randwick Racecourse in Sydney. It sort of started as a festival that had David Guetta, Armin van Buuren and Steve Angelo - all of them under one bill. It was quite amazing to have all those people on the stage. Then, we had 3500 tickets sold, it went to 7500, and then it went up to 15 000 to 25 000, 35 000, 50 000 and now, 65 000. We also got about 30 sideshows and concerts, little spinoffs like club gigs and afterparties.

You also run the sideshows and everything?

Yes! And now we're doing 40 000 tickets in Malaysia. So it's been pretty amazing, the last seven years in particular has been remarkable. I can't believe that it's been growing exponentially. 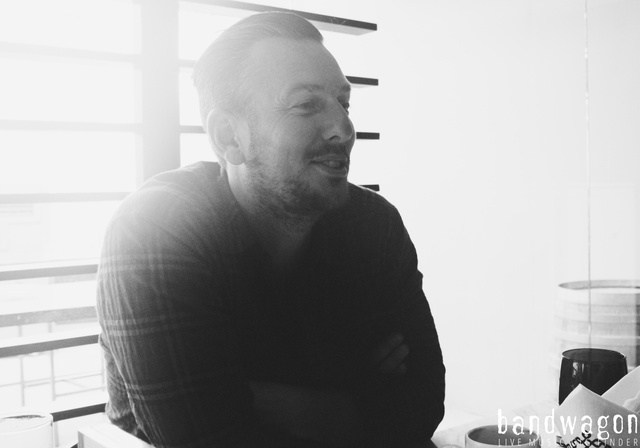 Has it been easier running festivals after years of experience?

It definitely has. You make a lot of mistakes in the beginning but you learn a lot of things as well. I think everybody needs to go through that process of trial and error and yeah, I think we're very efficient in doing what we do now. We've had a lot of experience - we've had thunderstorms and heavy rains and all sorts of calamities have taken place that we had to deal with. Whether it'd be crowd control issues, or production issues, where equipment hasn't worked or bands going to wrong stages... everything that could go wrong has gone wrong for us and we've managed to survive so yeah, in those 20 years we've learnt hell of a lot! You need all that experience to be able to do what we do now. Even coming in to Malaysia, a lot of things are being done a lot differently than we're used to so we had to learn to adapt and understand how to do things locally - it's a very different world to Australia over here.

Which brings me to the next question, why KL?

The Live Scape guys share our vision, and their passion for the festival and they've been very committed to following through the Future Music Festival plan and not try to turn it into something else, helping to develop FMF properly from the get go and from that, they have worked very hard to secure government support. Tourism Malaysia has been an amazing resource, not only in terms of funding and making the festival possible but also for us to be able to go hand in hand with a number of other sponsors to generate the revenue we need to develop the big lineup and the big production you see.

How do you select your acts, and how early do you start deciding the lineup?

We're talking about 2014 now! You have to work way in advance and there are so many factors but we start first with a 'master list' that's a mile long and that is our dream list and slowly we start going through them. But generally because we've been around long, we've worked with a lot of these artists and agents before so it's pretty easy to get what we want.

And besides, you've worked with most of them before. People like Armin van Buuren was around for the very first FMF.

Yeah exactly! And The Chemical Brothers as well, they were like 'we'd like to come and make Malaysia work'. It's been a few favours along the way with those guys but generally we have to curate the festival well and have a good mix of entertainment. I would probably think of it as the music you've got on your iPod or phone. Everybody on their phone these days has a mix of all sorts of different music.

My festival philosophy is pretty much the same. I have a bunch of different music on my phone, and with streaming services, you're allowed to pick and choose singles you like. Sometimes people don't want the whole album, they just want that one track. So they want to be able to pick and choose singles to make their own playlists that generally are a mix of everything. In a festival, you want to a pick a great lineup that has really good dance music, really good rock, good pop.

Plus, if you're a good music fan, you want to to start your festival day with your hands in the air with Naughty by Nature and finishing it by banging your head out to The Prodigy - kinda like a journey. I mean, some people don't mind headbanging for 10 hours straight but we like to give people an experience and they can enjoy with a whole group of friends that all like different stuff, branch out and see different stuff and then later meet up and talk about it. We like to make it more of a social experience instead of just going to another concert.

In your opinion, how has dance music evolved since you first began in the industry? 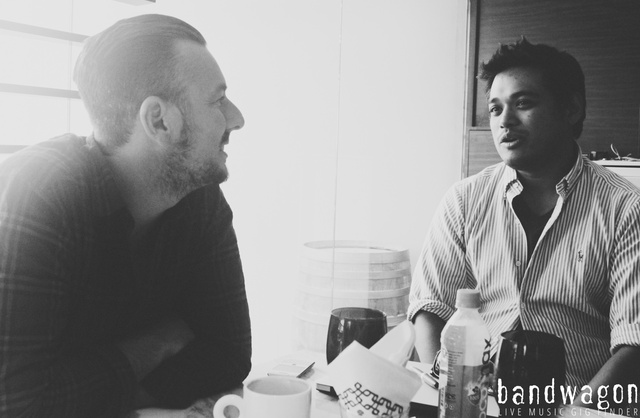 We've always traditionally been electronic-focussed. We come from the rave culture, we are the first people in Australia to put together Sasha & Digweed, Carl Cox and Danny Tenaglia, Roger Sanchez, Erick Morillo and Masters at Work - all of those DJs where the ones we've started working with years ago and they were the early pioneers of dance music for us. Not much has changed in the way it works, a big DJ is a big DJ, if they're very talented and they really know how to program music and hit people with exactly what they want to hear. That's the reason why Erick Morillo and Carl Cox are still around because they are brilliant at what they do. I don't think it's changed a great deal but people's taste change and there's always going to be various fads and trends. Kinda like how dubstep's huge, and drum 'n' bass is huge, people are always going to go through cycles of what they like but at the end of the day it's about discovering something new, wearing it out and on to the next thing. And then some of those things are always going to be consistent like house music and trance.

I think what has changed is the culture behind the dance parties. You go to any dance party and you hear all your favourite songs played. Because soon as a DJ on the other side of the world plays a track for the first time, it gets ripped and put on the internet, downloaded by every DJ on the planet and playing it at a nightclub down the road the next day so there's no secret to the music anymore but the ability of the artist to be able to produce the right music.

What's your opinion on the festival scene here in Asia and how do you think it will change in the near future?

My opinion is that it's a great opportunity, an enormous opportunity. Before we looked at it, besides the exception of Zouk Out, there was nothing in this region that actually comes close to being a genuine, properly-programmed music festival. We're lucky that we got in at the time that we had and we're starting to make a difference. I think that festivals are going to be enormously successful, I would be very surprised if we're not doing 50 000 - 60 000 people in the next three years. I think we're leading the way in terms of showing others how to do a big, big festival. I hope we'll be the market leaders for a long time so that's what we're working on, we're trying to do that.

You've been running this gig for years and have probably seen plenty of live shows, what are the top 3 acts you have seen so far?

The Prodigy are the all time best live act for me because they are super powerful, they are dynamic as hell. They're just big and angry, it's amazing. I don't think I've seen a band rile people up like they do. I went to their gig in Milton Keynes in the UK, there were 65 000 people and it was the biggest production I have ever seen. They had ambulances hanging out of the stage. It was just unbelievable. They take you to a different place.

The Chemical Brothers are again, high up on my list because I'm a real dance fan. They've been around forever. It's unbelievable what they've done in the last 20 years.

Skrillex is one because he's new and he was on the FMF last year and he was so good. He developed a brand new music style all by himself. That dubstep thing came out of nowhere and that track 'Bangarang' for instance, was so f**king big! We put him up at 4 o' clock at the festival and he emptied every stage and everyone was in front of him. We had a lot of big bands out, Swedish House Mafia, Fatboy Slim and Tinie Tempah - all of them with huge productions but Skrillex went out there with just his deck and he smashed it. So for me that is some raw talent!

Check out the lineup for Future Music Festival Asia 2013 HERE!