Loud boisterous music filled the air. Thirsty mobs streamed into temporary halls of long tables and benches on a previously uninhabited terrain (to be more precise, a desolated parking lot). Hunks of meat hung from the assembled mob’s mouths as full breasted maidens mingled amongst them carrying flagons of golden nectar. 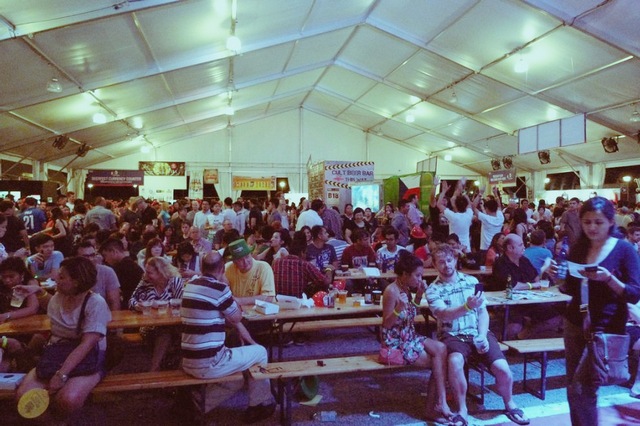 No, this isn’t a scene out of Game of Thrones’ infamous “Red Wedding”. Despite the lack of a red rain of blood, there was a constant shower of red ale flowing at this year’s Beerfest Asia. As such, the only weapons on display there were those of the 21 century. Namely, quick drawing mobile phones ever eager to capture and immortalize their masters’ epicurean revelry. However, the celebratory spirit buzzing in the air was akin to that of any wedding. Though, it was more of a marriage between humans and beer to be honest.

With blushing beer bridesmaids from all around the world, internationally recognized brewers such as Carlsberg, Kronenbourg and Guinness stood alongside lesser known brands like Hitachino, St Bernardus and Mikkeller just to name a few. But, let’s not forget about our own home grown beauties as well. There was a distinct local flavour with Archipelago, Tiger and Harry’s leading the charge to seduce all wandering taste buds.

Lastly, what’s a wedding without some good old fashioned entertainment? Combat sport, checked. Male punters were drawn like bees to honey to the free World Cup screenings. Laughter, checked. With a comedy lounge in toll, local comedians Fuzz and Jinx tickled funny bones alongside their Malaysian counterparts. Song and dance, double checked. There is no life in a party if there are no lively tunes and feet. Whether be it belting out anthems with rocking cover bands like Killer Queen and Ice Cold Chili Peppers, or moving along to the groove of local bands like 53A and Gentle Bones, there was never a dull moment. 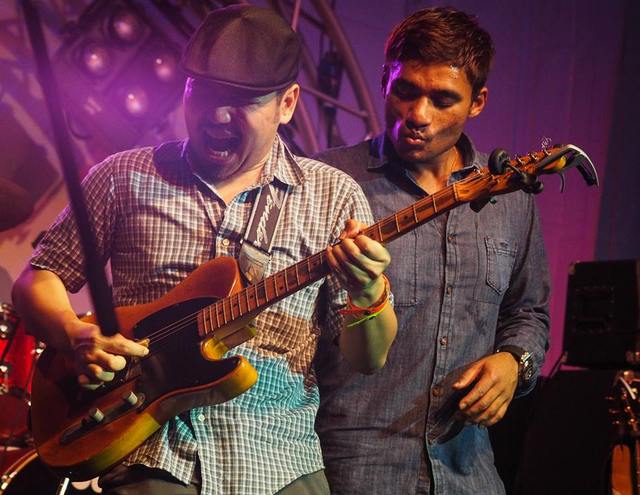 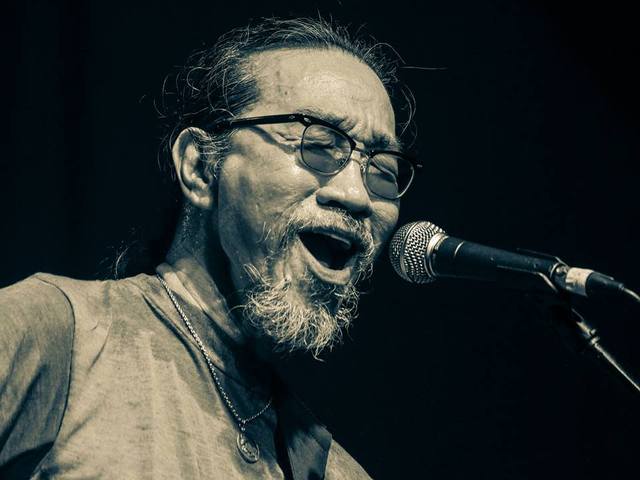 Ultimately, Beerfest Asia proved to be a killer party. Despite providing the time of their lives for beer enthusiasts, it most certainly didn’t cost them their lives. Although, many probably paid the price of a bloody hangover the next day.

To paraphrase Rob Fleming, the protagonist in Nick Hornby’s ‘High Fidelity’, a compilation list is a subtle art. Sure, he was speaking strictly in a musical context. But, we think that there are similarities when it comes to compiling a drink list as well. Much like a set list, you want to make sure that you are brought on a magical journey without getting smashed too early on.

With that in mind, Bandwagon recreated the best of what Beerfest Asia had to offer, with our choice of musical accompaniment. 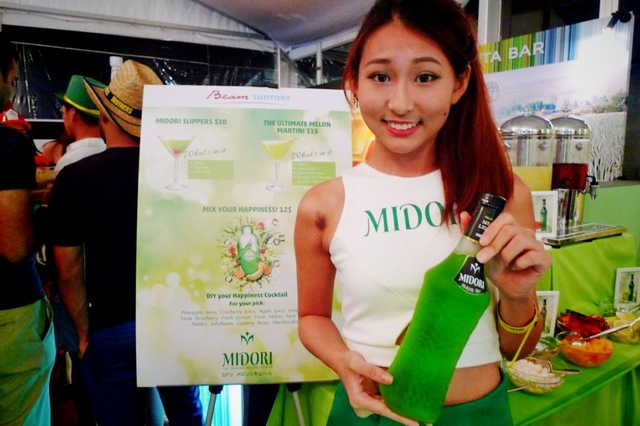 Kicking off with a light touch, it seems apt to start off with a chilled cocktail. Aperitif-like, this sweet sour concoction is the most refreshing way to entice your liver. Much like a Washed Out track, it is a soothing lull into a night of drinking debauchery.

Having whetted your drinking appetite, you’ll want to gently up the ante with a crisp yet refreshing beverage. Perfect for Singapore’s hot and humid weather, consider this bubbly apple cider a psychedelic Tame Impala flavoured segue before the hard hitting stuff.

Brewed in American Pale Ale (APA) style, this Japanese gem is very much the summer harvest drink. Boasting a distinct citrus bouquet, we tasted hints of passion fruit and mango. One sip and you will be in surf rock heaven with The 5.6.7.8’s 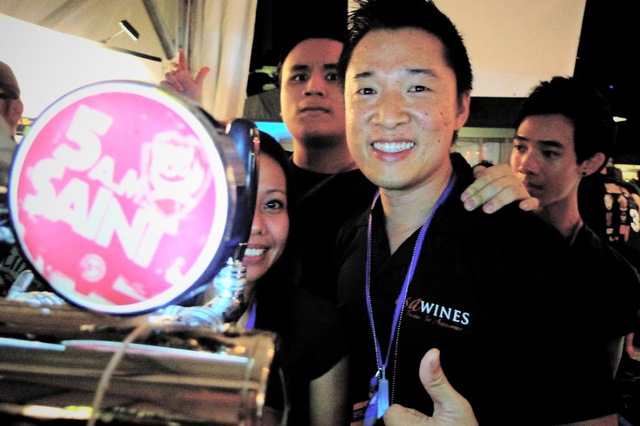 A product of Scotland’s BrewDog, 5am Saint is a full flavoured red ale that screams post-rock! Closely parallels the musical styling of Mogwai, this rich amber nectar may seem a tad forceful at first with its bitter bite. However, persist on and you will blown away by an explosive reward of grapefruit and sweet malts. 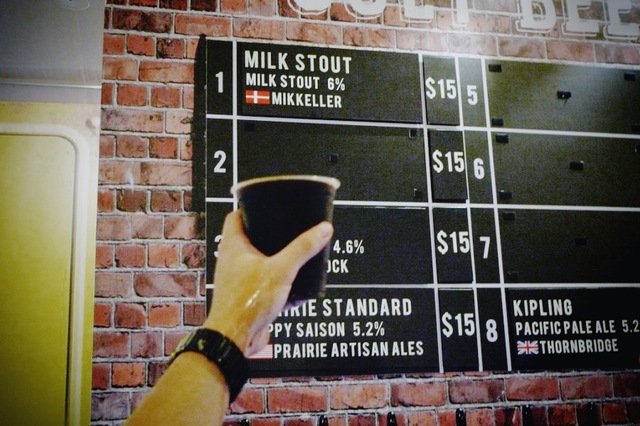 Saving the best for last, this Danish stout is undoubtedly our favourite of the show. Hard hitting as a stout should be, the dark smoky coffee and chocolate flavour resembles the heavy garage blues riffs of The White Stripes. However like Jack White’s saccharine laced vocals, Mikkeller Milk Stout also screams a sweet aftertaste due to fermented lactose. A truly complex drink, much like the infamous relationship (brother & sister or husband & wife?) between The White Stripes duo!