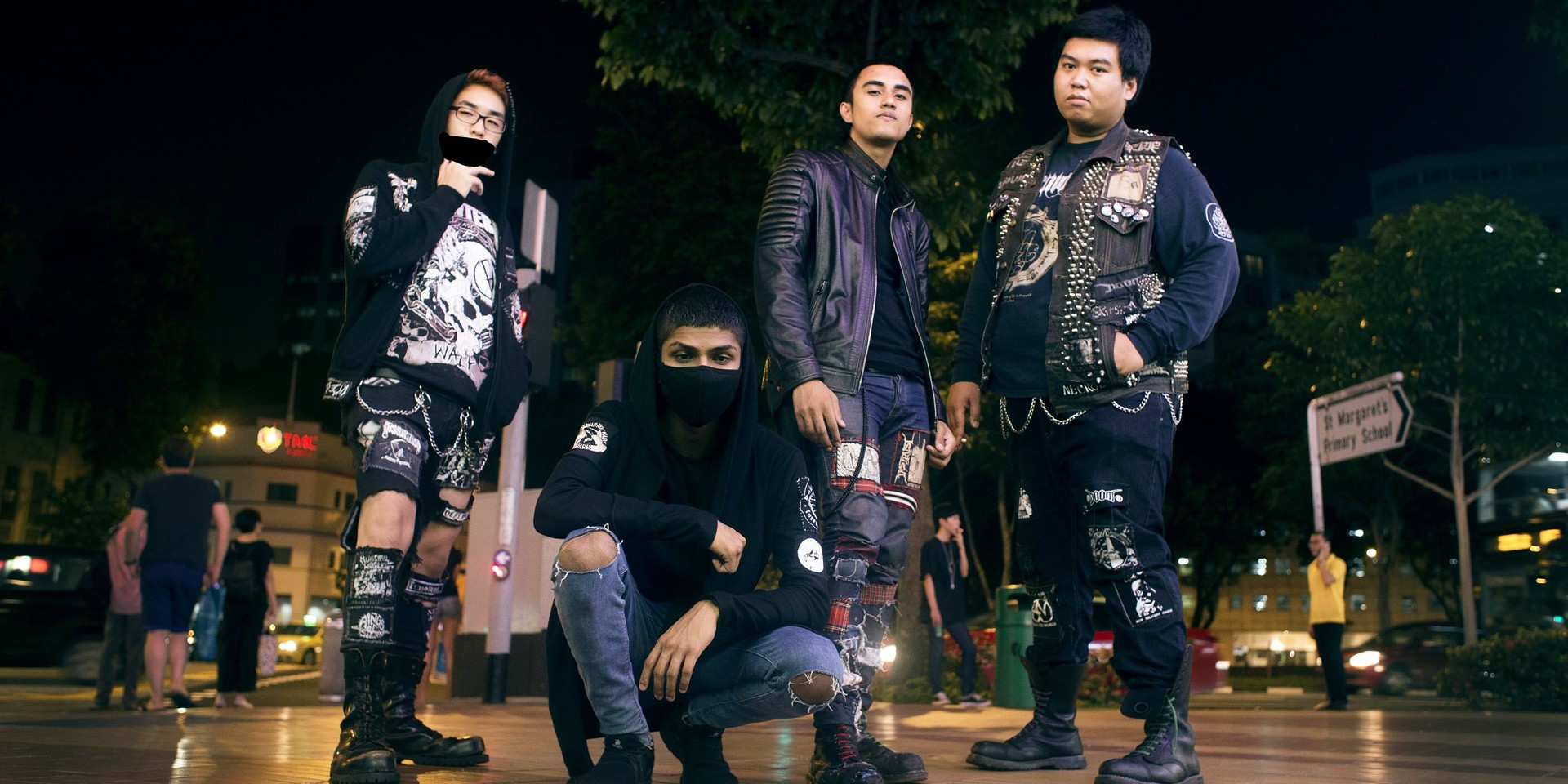 Here's a new local punk project you should have your eye on: the self-titled EP from newcomers Gangrene.

Gangrene are so new that there isn't much online about them (save some pretty disgusting search results of the actual medical condition of gangrene – consider yourself warned). The band started out as a group of friends who messed around on instruments but never thought they were good enough to be musicians. They were first inspired to start the band while messing around in a museum one day – and getting chased out by a curator. As the band told Bandwagon,

One day we were at an interactive art exhibition and saw this installation so naturally we thought we were supposed to play the instruments. The drums did not come with a pair of drumsticks but there was a pair of badminton racquets lying beside it instead. Why not improv a song, right? Wrong. We goofed around until we found ourselves chased out by the curator. Apparently we were supposed to hit the instruments with the ping pong balls on the ground - using the racquet. We felt really bad for messing up the whole installation but it was still partly hilarious how it all happened. That was the beginning of Gangrene."

The EP kicks off with 'Provocatio', a refined version of the song they had improvised at the exhibition. The track sets the tone for the rest of the EP with blistering riffs, solos and pounding drums. Recorded, mixed and mastered at SLED Productions x Decline, the four-track EP takes the listener on a rollercoaster ride, swinging from unhinged catharsis to moody atmostpherics and back again. It's a brief, but bracing listen.