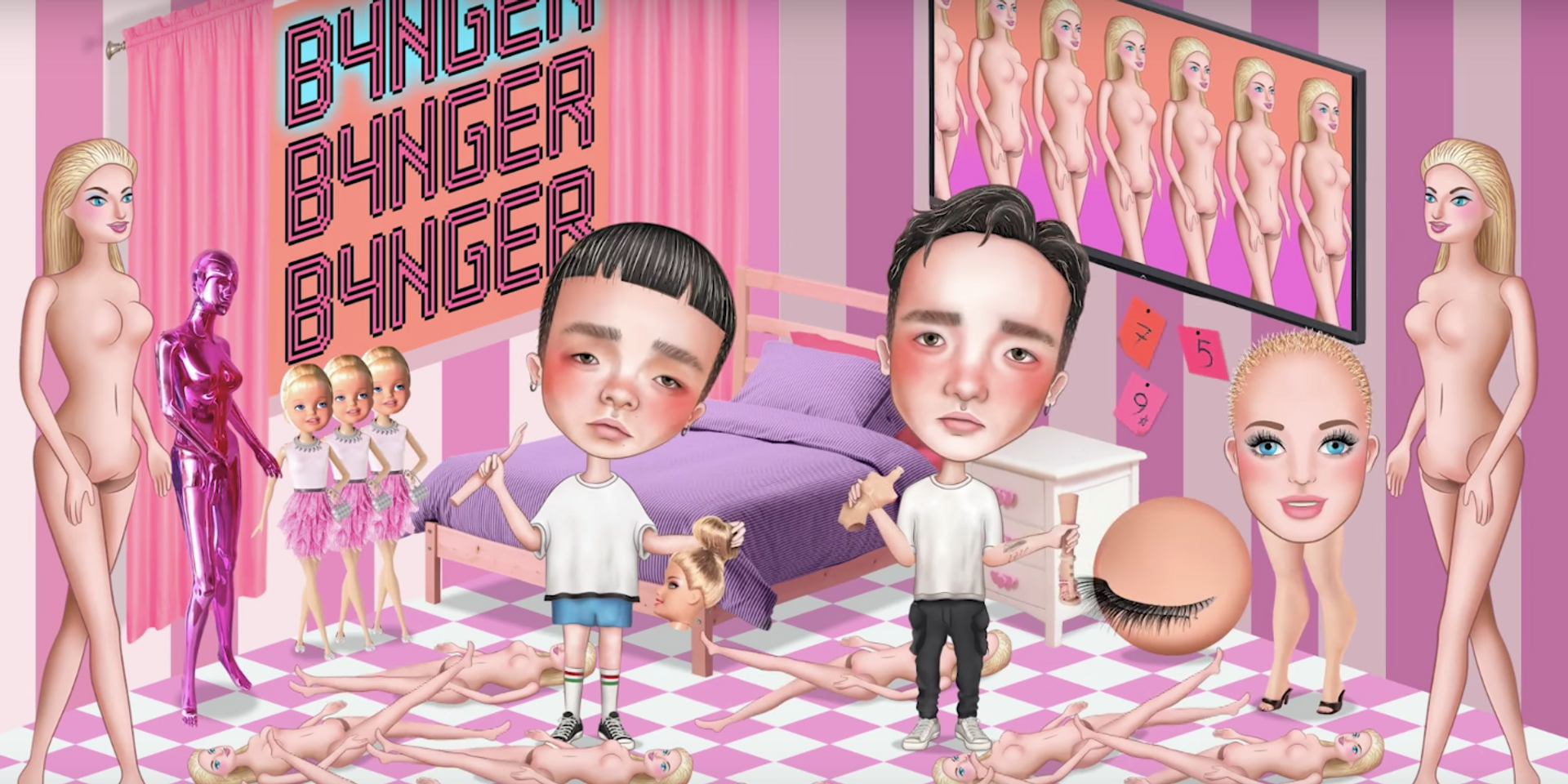 Gentle Bones and Myrne have unveiled the music video for their second collaborative track, 'B4NGER' - with a twist.

Nearly three months after the song was released, Gentle Bones took to Twitter to announce its music video. The music video is pretty straightforward - or at least it seems to be for the first half. It focuses on Joel Tan, a.k.a Gentle Bones, every scene bringing to life whatever he's singing about – be it a meal with his momma or a lonely birthday party or even him playing with a Barbie doll. Myrne jumps in for a couple seconds as 'B4NGER' fades out at the 1:15 mark.

From this point on, the collaborative duo decide to flip the script and debut a new song, titled '7OVE YOU', with a completely different music video concept. '7OVE YOU' focuses more on Gentle Bones' vocals, with minimal beats in the background, before Myrne's signature summery future-bass drop kicks in. Here's hoping we see a proper release of the song soon.

Check out the music video for 'B4NGER' and '7OVE YOU' below: