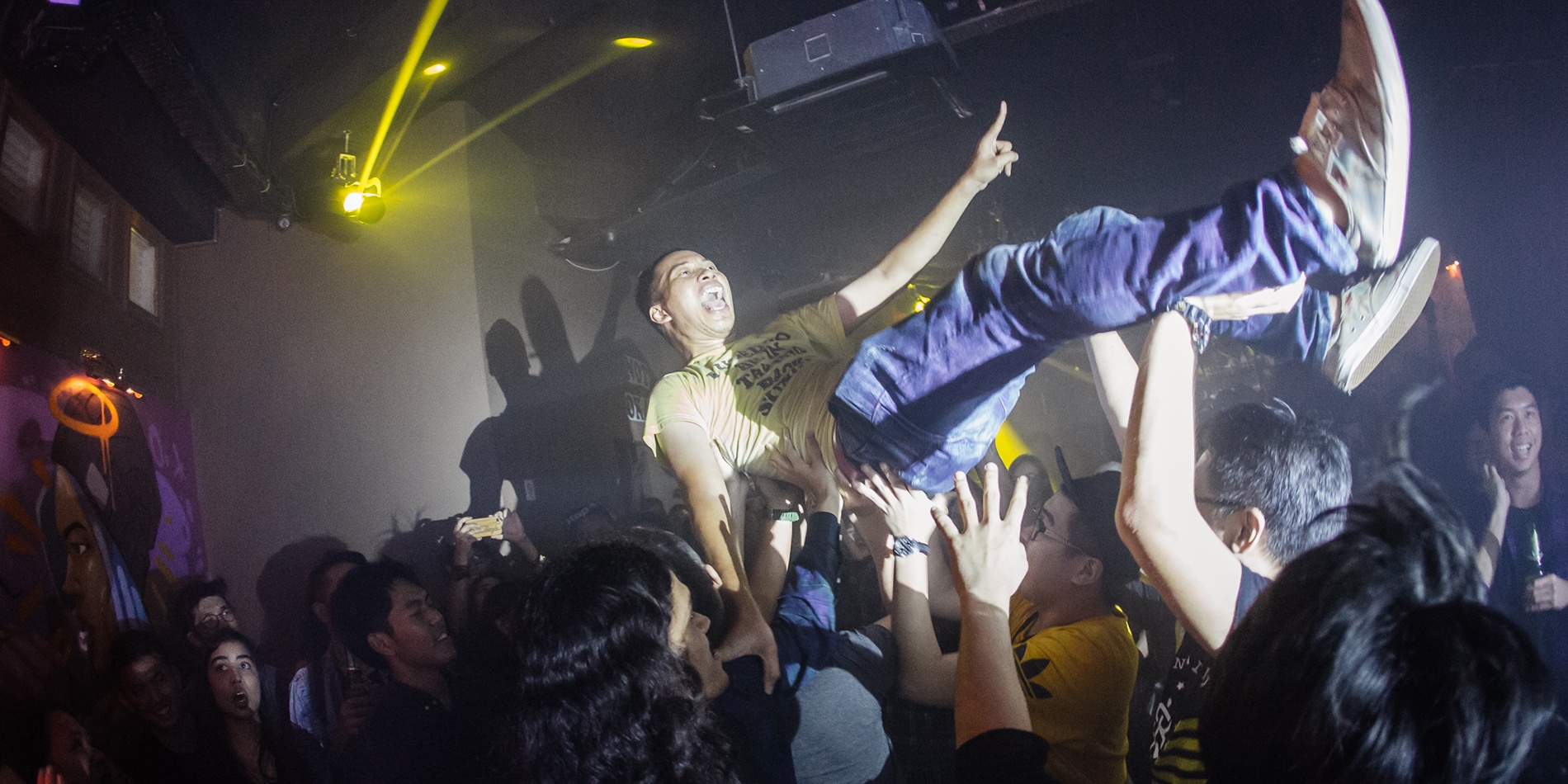 Ten years ago, the idea of DJs spinning emo and pop-punk music would be absurd at best, treason at worst.

After all, isn't the DJ deck made for dance music, and not anthems of emotional discord and isolation? Well, sort of, since it's very hard to accurately "beat match" songs by Saosin and My Chemical Romance, but many of their long-time fans have also since ditched the eyeliner and 77th Street accessories. 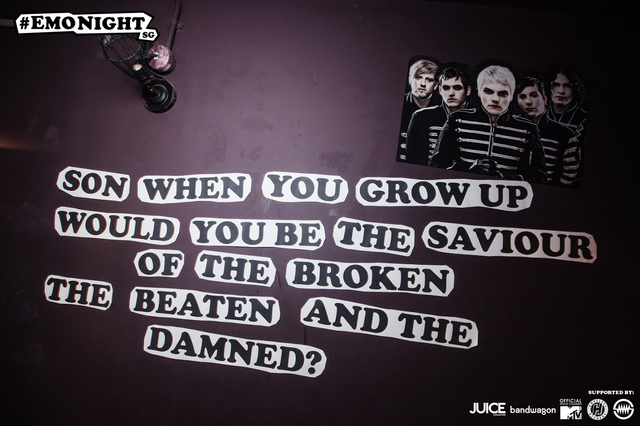 To be fair, as emo fans, we never saw the outside world as anything but a desolate, unwelcoming place that sought to find any opportunity to work against us, so we were never exactly open to any other communal gathering that wasn't a brutal moshpit with kindred spirits. Taking that and putting it in a club environment, with top-of-the-line speakers blaring song after song of our generation, well that isn't such a bad idea is it?

At the second #EMONIGHTSG, it was, once again, a commiseration of our teenage lives and beyond (because our emo playlists aren't always defined by our age) and with the night bringing in more fans until host club Refuge was filled, it was every bit as a step up from the first #EMONIGHTSG, and the same encapsulation of heartfelt rock n roll vigor that made the first so fun too. 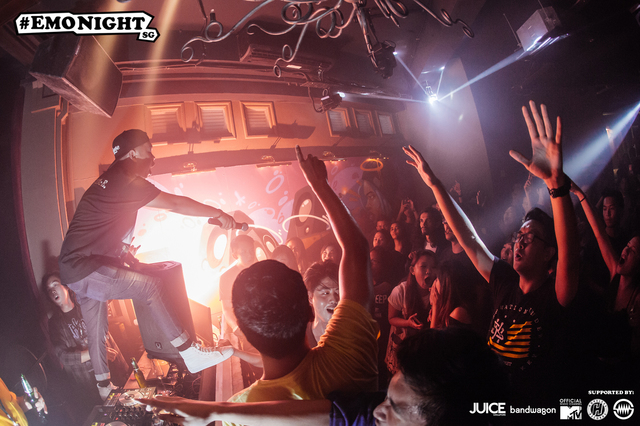 Oh yes, this time a really special guest headlined — Yellowcard frontman Ryan Key, whose songs helped define the same generation that was present that evening. But alas, he was behind the decks as well, not like that was a bad thing at all.

#EMONIGHTSG, aside from DJ sets, had a special request lounge that had ardent fans sending in tweets by the minute, while MySpace-themed photo op booths were the perfect antidote from the usual nauseating pop-art speech bubbles and glittery props you come across at a party nowadays. 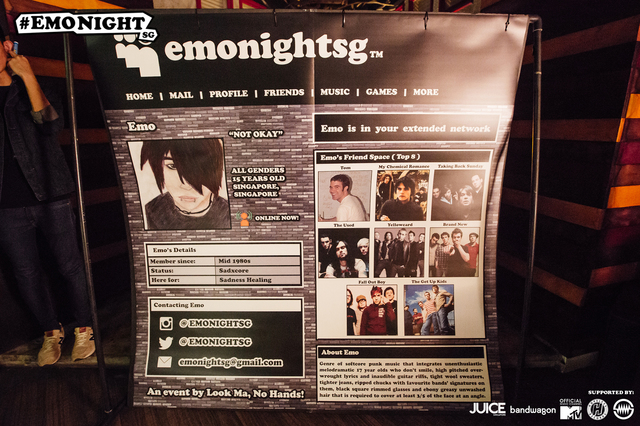 Opener Bryan Ulric Santa Maria, the spirited frontman of The Summer State, brought back his repertoire of anthems that span a decade — from recognizable radio darlings like Red Jumpsuit Apparatus and My Chemical Romance, to the early cuts off Brand New and Saosin's discographies — and the crowd, first apprehensive and reserved, got down to crowd-surfing and singing loudly by the third song (it was 'Face Down'). 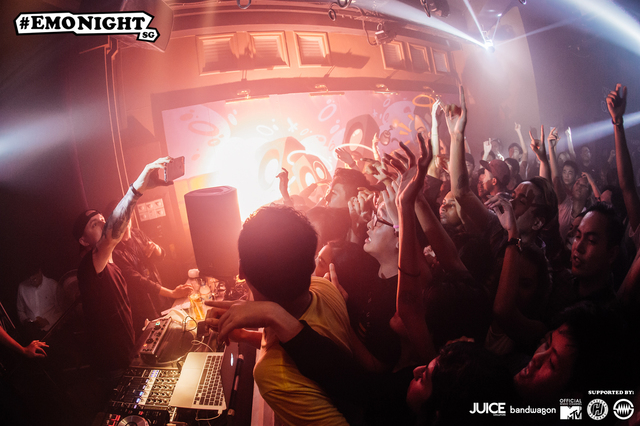 Ryan Key's set didn't deviate from what was already laid out — jamming songs from New Found Glory, Blink-182, and of course Yellowcard (three songs, in fact) to adoring fans mustering all their energy to yell all the lyrics they could remember.

At the end of it all, what makes #EMONIGHTSG so special isn't so much a regular gathering of fans, but a joyous celebration of the songs that have held intense meaning to each individual, and the visceral aspect of singing songs together isn't exclusive to a concert now. And that won't ever get old. 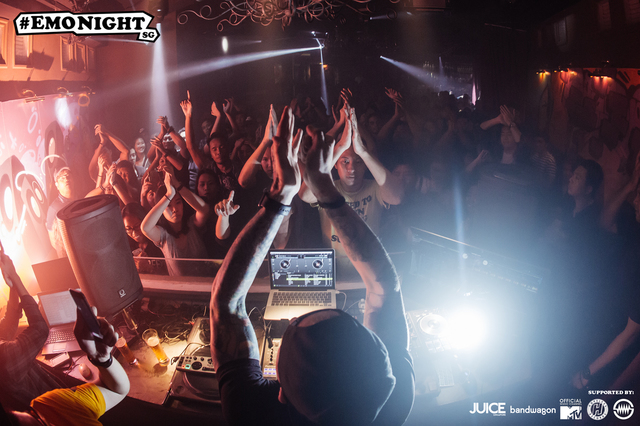 #EMONIGHTSG was a joint venture between Look Ma, No Hands! and Secret Signals.