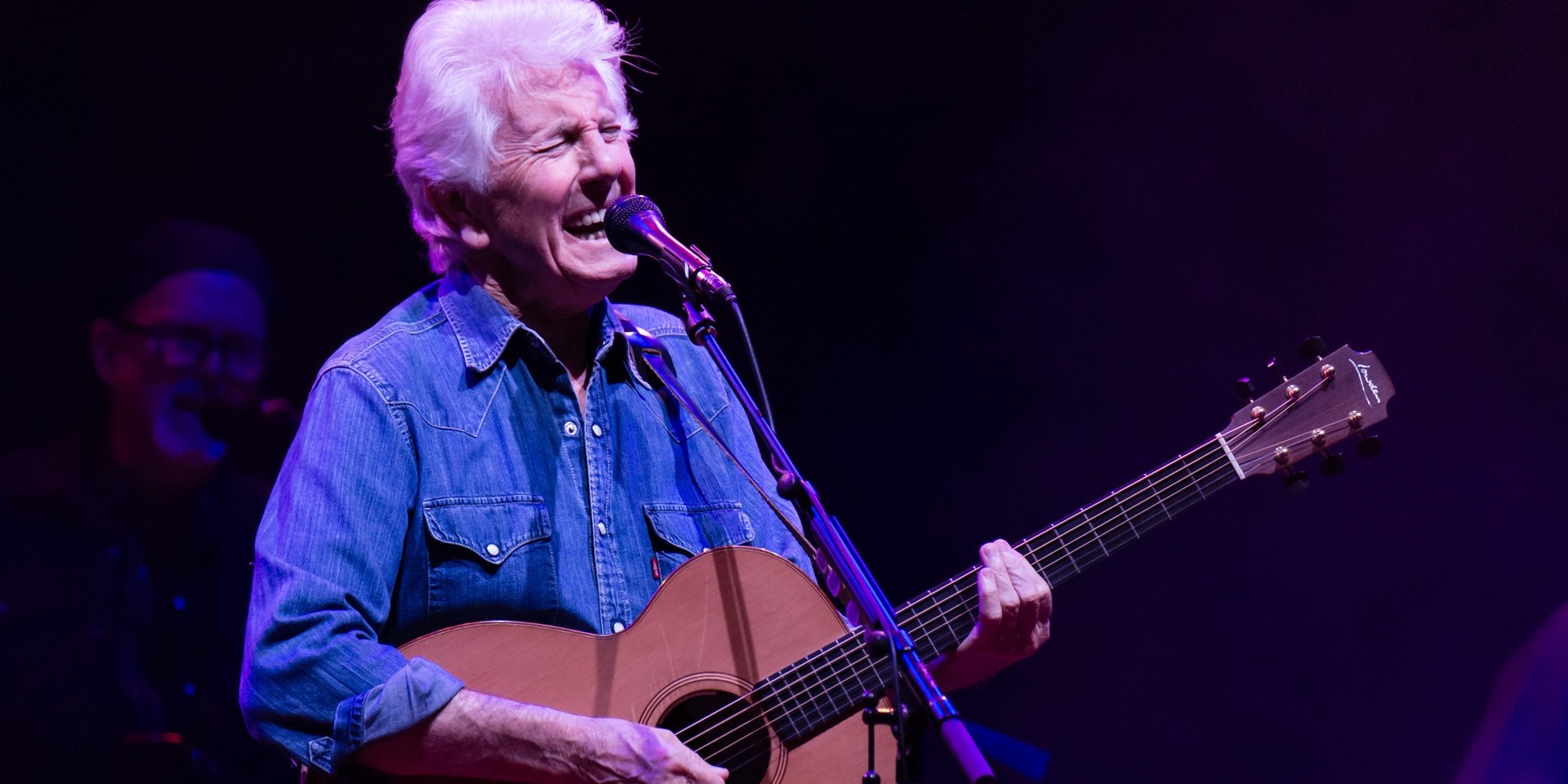 There's a lot to write about Graham Nash, whose career in the music industry has set him in not one, but two legendary rock acts of all time: The Hollies and, of course, Crosby Stills & Nash (and additionally, Crosby Stills Nash & Young).

The grizzled English singer-songwriter, who was inducted into the Rock and Roll Hall of Fame twice, lived through the revolutionary counter-culture of the 60s, when he packed his bags for Los Angeles in 1968, and he's remained in 2016 an endlessly optimistic individual — albeit, a cautious one.

He's publicly broken ties with his former bandmate and confidant David Crosby, ending any hope for a continued reunion (one that Singapore had the pleasure to witness at least once in 2015), and he's also bogged down by the current state of affairs brought on by the ongoing presidential campaigns and the looming threat of climate change.

…the fact that Donald Trump becomes President of the United States is terrifying and should shock everybody in the world.”

But with This Path Tonight, his first solo outing in 14 years, he doesn't harp upon issues with a dour, or even vindictive, perspective, but one of everlasting wonderment.

Even at his age of 74, he's seeking new reasons to keep working, whether if it's touring with his new creative partner Shane Fontayne, or continuing his pursuit in fine art and photography.

Nash also sat down to perform the title track for us in a comfortable private library room in Ritz-Carlton Hotel, accompanied by Fontayne. Watch the full performance here.

Special thanks to LAMC Productions and Warner Music Singapore for setting up the interview and performance.