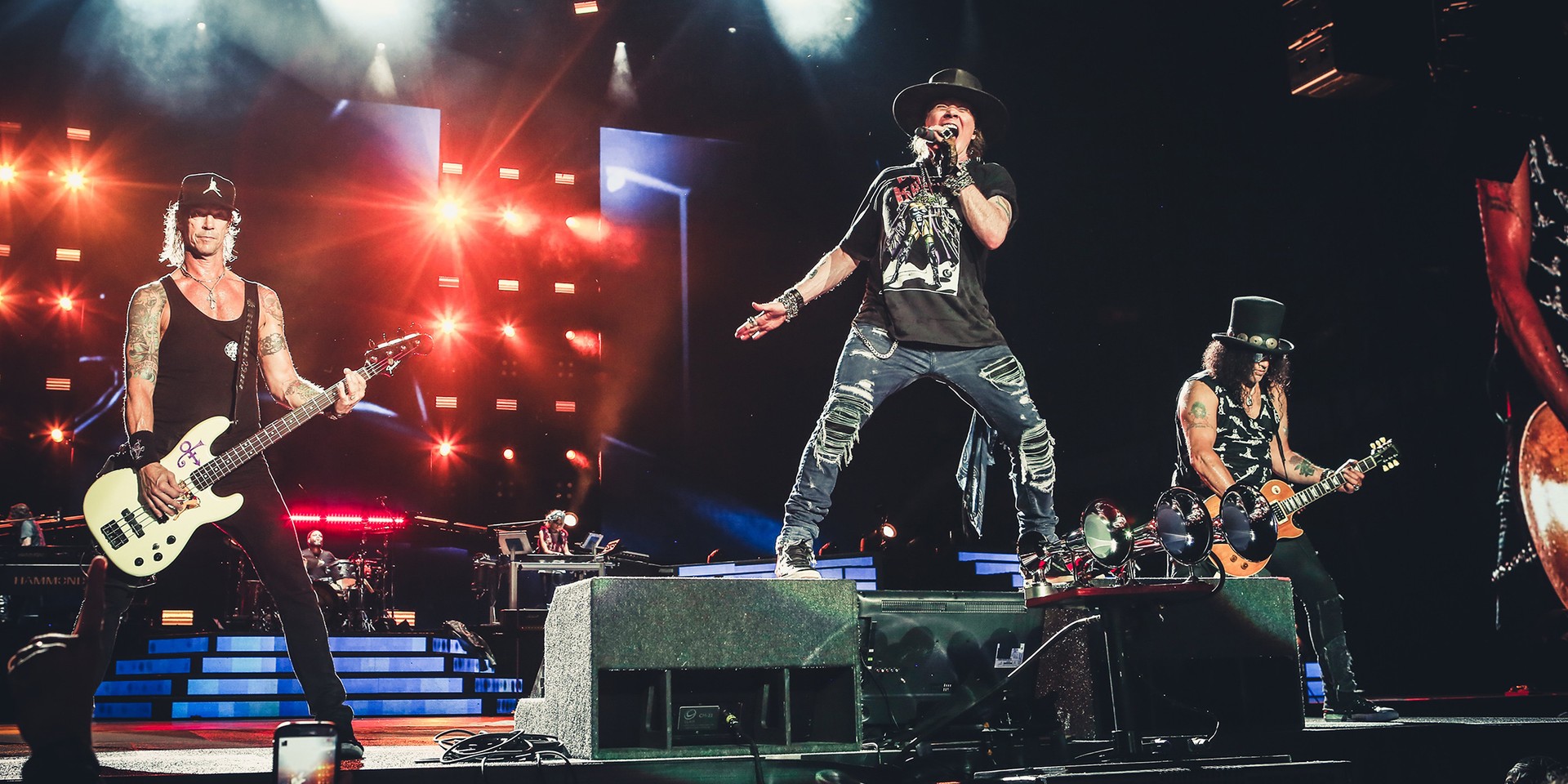 Despite the previous claim of Singapore being the only date in Southeast Asia for the upcoming Not In This Lifetime tour, it is confirmed that Bangkok is the next city in the region to host Guns N' Roses next year.

Announced by IMC Live and the band's official Facebook page, it appears that the hard rock group will be performing in the Thai capital on February 28th. Venue and ticket details are not currently known, as IMC Live will be revealing more information within the next few days.

It is now confirmed by LAMC Productions that Guns N' Roses will "not be going to Indonesia, Malaysia or the Philippines", so this is likely to be the only other major show in Southeast Asia for the fearsome 'Sweet Child O' Mine' hitmakers, unless they're also planning a milestone show in Vietnam or Brunei.