You and I in Unison

Being able to play alongside one of our biggest influences in music was a dream we thought wouldn't possibly come true but that night proved us wrong.

From the very first handshakes we made with Jordan and the rest of the band to the grateful embraces we shared before the outfit headed back to their hotel, the series of events that took place in between were simply way too surreal.

Having the chance to chuck a couple of mic grabs to our personal favourites like "First Reactions...", "New Storms...", "Stay Happy There" and obviously "King Park" were nothing short of extraordinary. 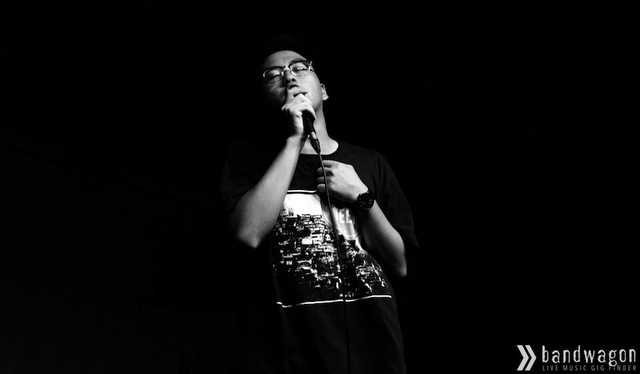 But more importantly, it was moments like these where it dawned on us - how much this well-respected Michigan band meant to us and our songwriting.

And to be able to play to an audience that looked up to the same band that we did was incredible as well.

So, I guess we could all safely say in unison - thank you La Dispute.

all our bruised bodies and the whole heart shrinks

In one of his final works, 18th century French playwright Pierre de Marivaux posed a universal question in his prose "La Dispute": who is the first to be unfaithful, the man or the woman? In the comedy, the search for the solution is conducted by raising two boys and two girls in total isolation, and then releasing them into each other's company when they come of age. The adolescents are left to discover love, sex, and the variety of complications that naturally arrive when envy ensues.

Much like the masterpiece, La Dispute's music originates from the same vein of prose, poetry and the pursuit for an answer via experimentation. Emotions are left unprocessed and hung out to dry in every song, refusing to settle down into a familiar patterns and lacking melodic structure. Nevertheless, all these unpredictability and the stream-of-consciousness pizzazz (not to mention the jumble of genres and tonal ideas) actually make sense harmonically, and they hit aggressively hard. We've mentioned it before and we'll say it again, the Michiganian five-piece are the best example of what post-hardcore strives to be today: rooted to the confident self-assertion of the old hardcore guards while expanding its sonic limits.

In the live arena at The Substation last week, it was more or less what you'd expect from a hardcore show - bruised bodies, bloodied knuckles and the deafening roars of the audience to vocalist Jordan Dreyer's excruciatingly sincere lyrics. Running through songs from their last three releases and paying equal attention to favourites from each, the moshpit remained a swarm from start to end, leading even the most stoic characters helpless by the wrist into a pit to be devoured. Tunes from their recent Rooms Of The House did not elicit that huge of a reaction and it was pretty evident that most were waiting for the fiery classics from 2011's Wildlife and 2008's Somewhere at the Bottom of The River Between Vega and Altair. 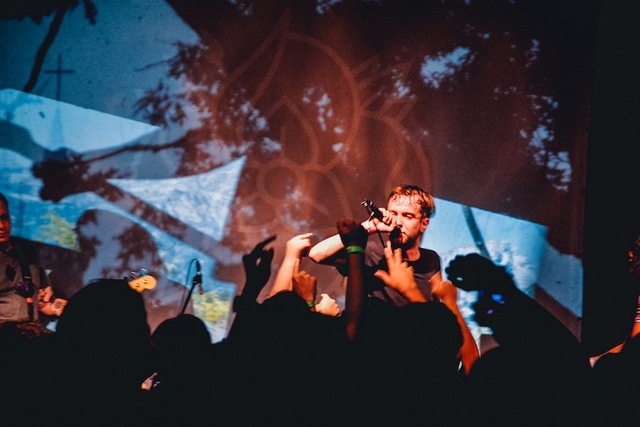 Eyes were firmly locked onto Dreyer who was a dynamic, unpredictable figure of tranquility and ferocity on stage, complete with boundless energy and a tambourine. It's no easy feat pouring all your emotional force into each stanza and verse (and doing it every night on tour) but Dreyer exceeds all expectations live, with the rest of the band pulling off every note and beat faultlessly. The crowd responded accordingly, graciously putting the weight off his vocal duties by yelling into his microphone - and if that wasn't available, yelling at one another.

For the show to be actually packed all the way back shows the extent their music has reached and a testament to how much La Dispute means to people all the way on the other side of the world. It was during 'The Castle Builders' that I realised how apt the shout-alongs were, a befitting verse to chronicle that night at The Substation.

We stayed bright as lightning
We sang loud as thunder
We moved ever forward
We are not our failures
We are love.