You could ask any Singaporean – even those who aren't fond of alcohol – about some of our greatest national prides. Chances are they'd mention Tiger Beer. And as our country celebrates the monumental SG50 this year, so too does our famous local brew.

In fact, it's been 50 years as well since Tiger had unleashed its first can to the world, and they sure are commemorating it with double the party. Of course, any proper party (in today's democracy) has to put the power in the people's hands nowadays, and Tiger has done just that. Setting a new standard for future parties in the running, they've let party-goers vote on what they'd like to see there. 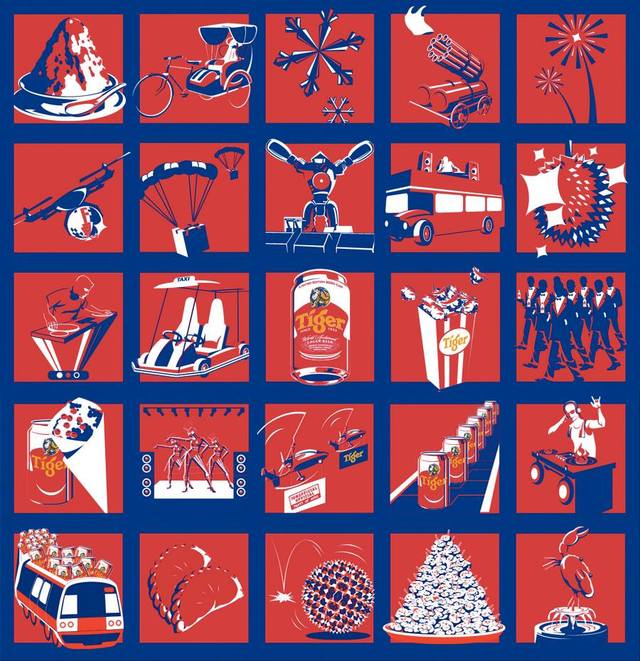 The crowdsourced rave on 5th August promises a potential host of unbelievable feats voted in by you, from indoor fireworks to snow. It's bound to be a surreal and uniquely Singaporean experience, as Tiger prepares to take on massive local spins like a chilli crab fountain, durian dodgeball and an ice kacang sculpture, as well as incredibly futuristic endeavours like robot getai, a holographic DJ and drone disco balls. Find out which of these crazy features made it through the votings, and surprise yourself at the wild extravaganza.

That's not even all they have in store. Even though they aren't boasting Four Tet or even Thom Yorke on the decks, they still have some interesting DJ acts: a hawker DJ, robot DJ and even an incredible holograph are lined up – and we won't be soundtracked by them alone. Headlining the spectacular rave are Australian indie-rock quartet The Griswolds and British indie-rock greats The Kooks. 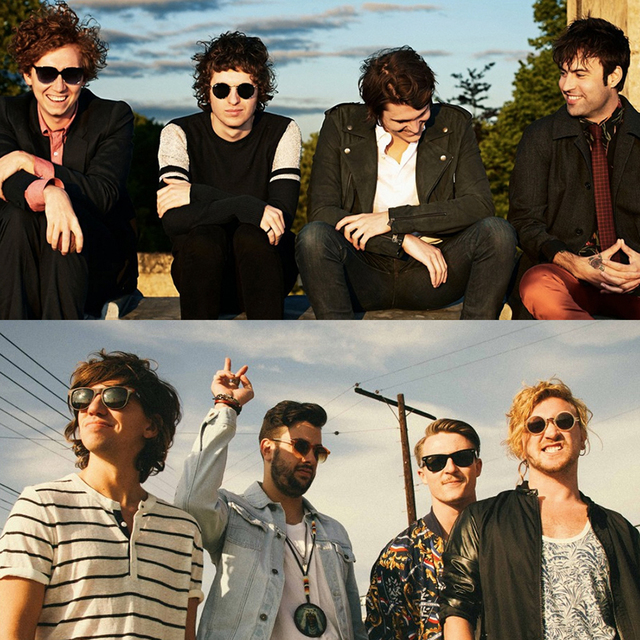 The Kooks (top) will return after their first show at the Esplanade Concert Hall in 2012 while this party will mark the live local debut of The Griswolds (above).

Well-known for their vibrant and dynamic performances, we saw these guys back three years ago and we can attest to the band's ability to liven up the party even further with their youthful energy and distinctive yet catchy tunes. In amongst famous anthems like 'Naive' and 'She Moves In Her Own Way', you can look forward to fresh material from their latest release Listen from last year as well. The Brighton quartet's charming exuberance is perfect for such a fun night out, and their inventive (dare we say, kooky) guitar-driven compositions are enough to keep the music buffs dancing too.

It's a first ever for The Griswolds – and what better for a debut Singapore show than such a lavish setting? Having been opened for by indie names like Last Dinosaurs and San Cisco, the four-piece unleashed their anticipated first full-length a year ago filled with dynamic alternative tracks, and they're set to tour with popular indie-pop outfit Passion Pit very soon.

Their infectiously enthusiastic electro-rock numbers can turn any ground into a dancefloor, and lift any spirits. Beneath the sunny sounds though, the band's lyrics are complex and often unexpectedly dark, as are their music videos. As we half-boogie, half-reflect at their unique tracks, it's clear the band are deeply mature even as they maintain their fresh, young bouyancy.

Expect to enthuse your taste buds too with the creative local treats offered. Taking 'buffet' to a new level, there'll be a beer train and a muah chee mountain to satisy your appetite. Or if you're feeling adventurous, you could check out the new local recipes available there like beer kacang and chilli padi popcorn.

There's a fresh surprise for everyone, and a sure icing on the cake for Tiger lovers is the release of their SG50 makeover design – limited-edition red and white livery on all cans, pints and bottles. For those who voted, you should be getting your invite very soon.

The results from the nationwide poll will be revealed on the day itself so we are definitely keen to see whether we can indulge in a chilli crab fountain or groove to a hawker DJ. For the rest who can't make it, we'll be doing a little social media coverage for this exciting event on the day itself so look out for it!