If you have a special guest like Wye Oak coming in to play, you need your special opening acts as well. You can count on The Sam Willows to kick off a show. Throwing in a cover of Of Monsters and Men’s “Little Talks” on top of their repertoire, they managed to milk a few ‘Hey!’s (a key component of the song) from the crowd. Prior to this gig, we had never heard of this band before but man, were we impressed. Brunei’s garage rockers x lo-fi shoegazers Southern Line were also there to lend a hand in opening for the band who were actually in the crowd, just chillin’. 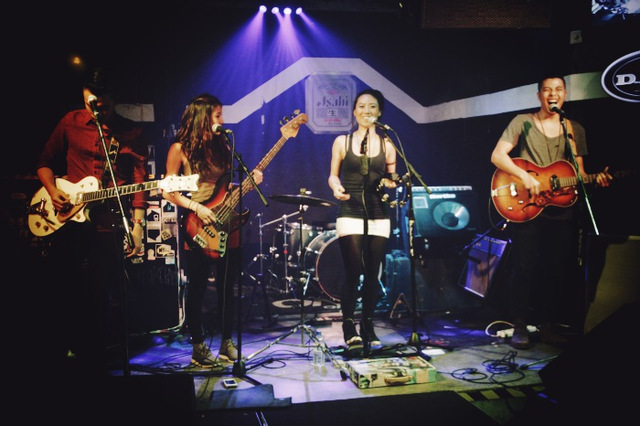 Multi-tasking duo Jenn Wasner and Andy Stack finally got on stage, from the crowd, all low-key and began to set up. On first listen, for music that sounds so powerful and layered, you wouldn’t have guessed Wye Oak were only two people. There is much truth to their music being described as ‘folk-influenced indie rock with touches of shoegaze noise and dream pop’ as it is hard and impossible to pigeonhole this band. What it really is, is the coming together of things that work, Wasner’s sweetly moody vocals folding into sinister lyrics and Stack’s faultless drumming and various other keyboard effects he deals with.

Complaining a little about humidity and her affected guitars, Wasner seemed relaxed setting up and rambling, and we still have no idea what to expect from this duo from Baltimore. And when she started off the first few songs and launching into one of the favourites “Holy Holy” early in the set, it was when we were blown away on how good they sound live. Wasner’s voice is fantastic as she sings her mournful songs, and it doesn’t hurt that she is brilliant on guitars using delay, reverb and haunting distortion to take us to emotionally intoxicating levels. 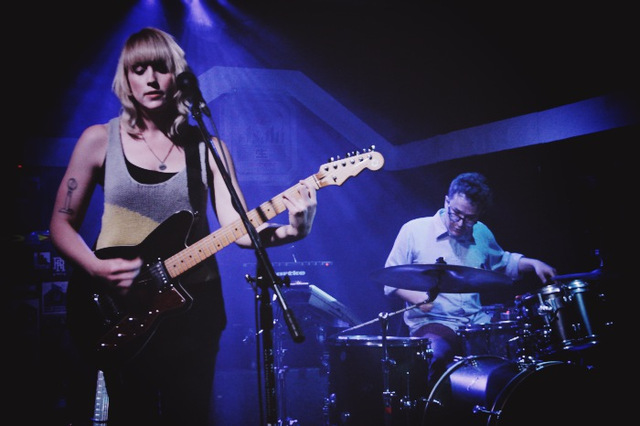 On the other hand Andy Stack is quite a sight to see. To give you a better idea, Andy plays drums with his feet and right arm and works on bass lines and other keyboard stuff with left hand. This one-handed rhythm section keeps the beat ascetic, but the application is spot on. The result is a sound that is deep, complex, heady but minimalist in construction. 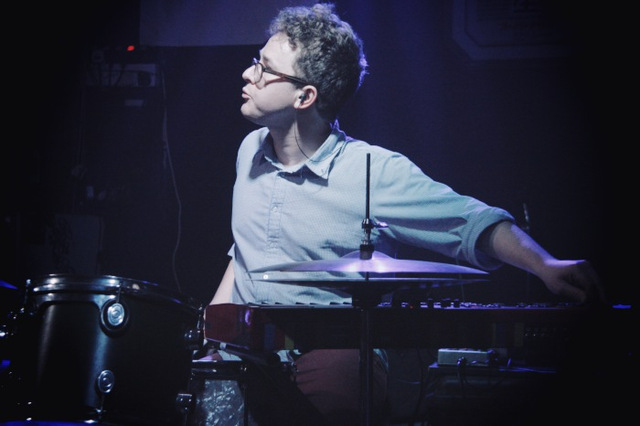 For a loud band, Wye Oak’s sound is music you can easily get into. The ‘gig-dancing was evident from the popular song; Walking Dead-featured “Civilian” all through older songs like “For Prayer”. The vibes in Home Club were cosy that night as we let ourselves be mesmerized with Jenn Wasner’s voice, watch her call her bandmate ‘No Fun Andy’, mingled with them post-show and truly appreciate this two-piece act (possibly one of the best we’ve seen live) who had come all the way from Baltimore, Maryland, USA to eat Szechuan food and play us their good music.