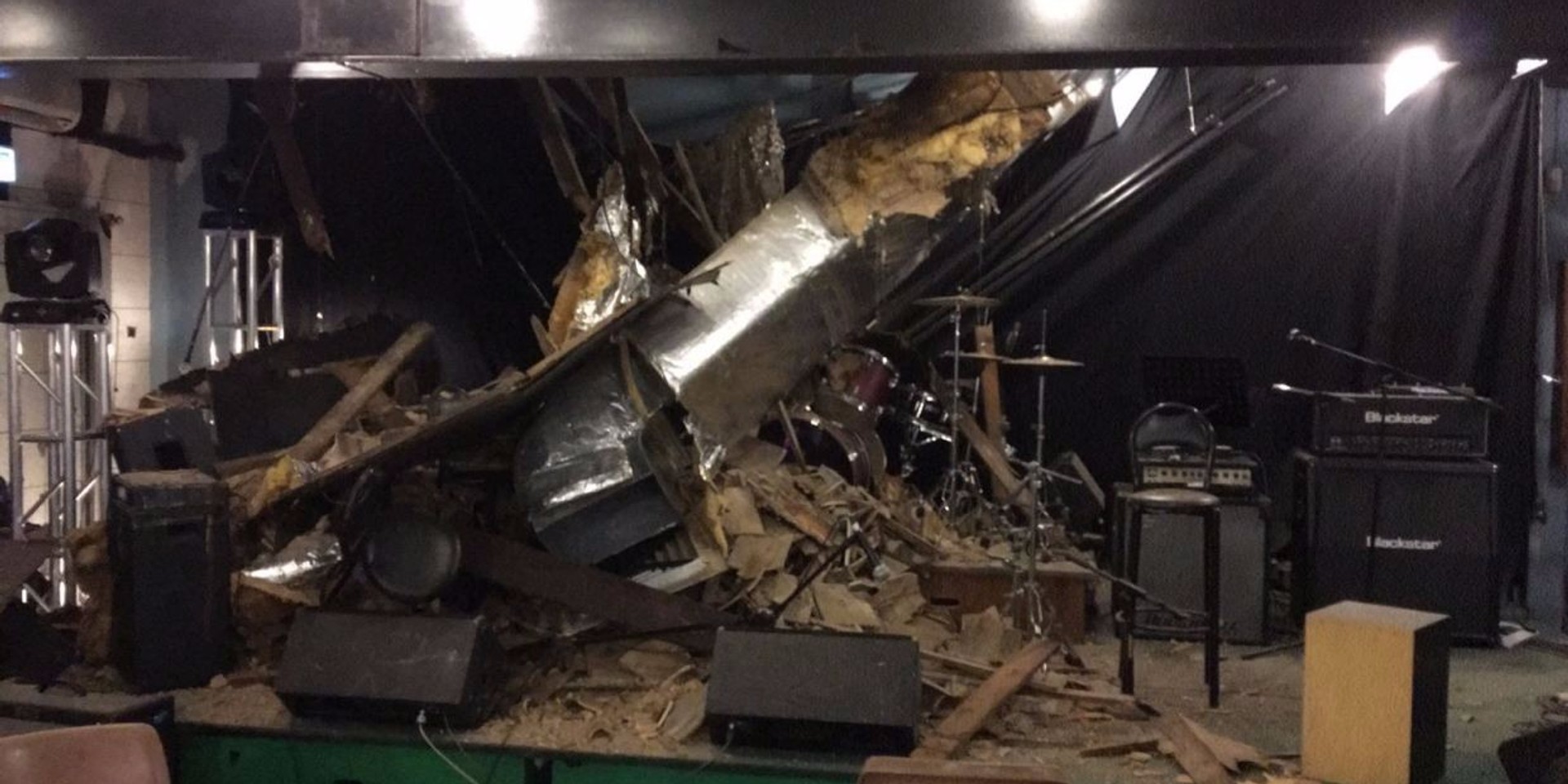 The venue hosting so many great bands elevated the venue to legendary status over the years — but it has recently fallen into disrepair. This has been exacerbated most recently by the collapse of the ceiling above the stage, which was reportedly due to the weight of the venue's air conditioning fixture.

Pictures show that it’s not only the ceiling that’s damaged, but the equipment below it as well – judging from photos, we can expect that the drums and guitar amplifiers have been damaged by the collapsed ceiling.

Punk rock newswire Unite Asia reports that the Warehouse has recently seen a drop in audience numbers, mainly because of the inconvenient location of the Warehouse.

Check out a performance by Conquest for Death at the Warehouse in 2008: