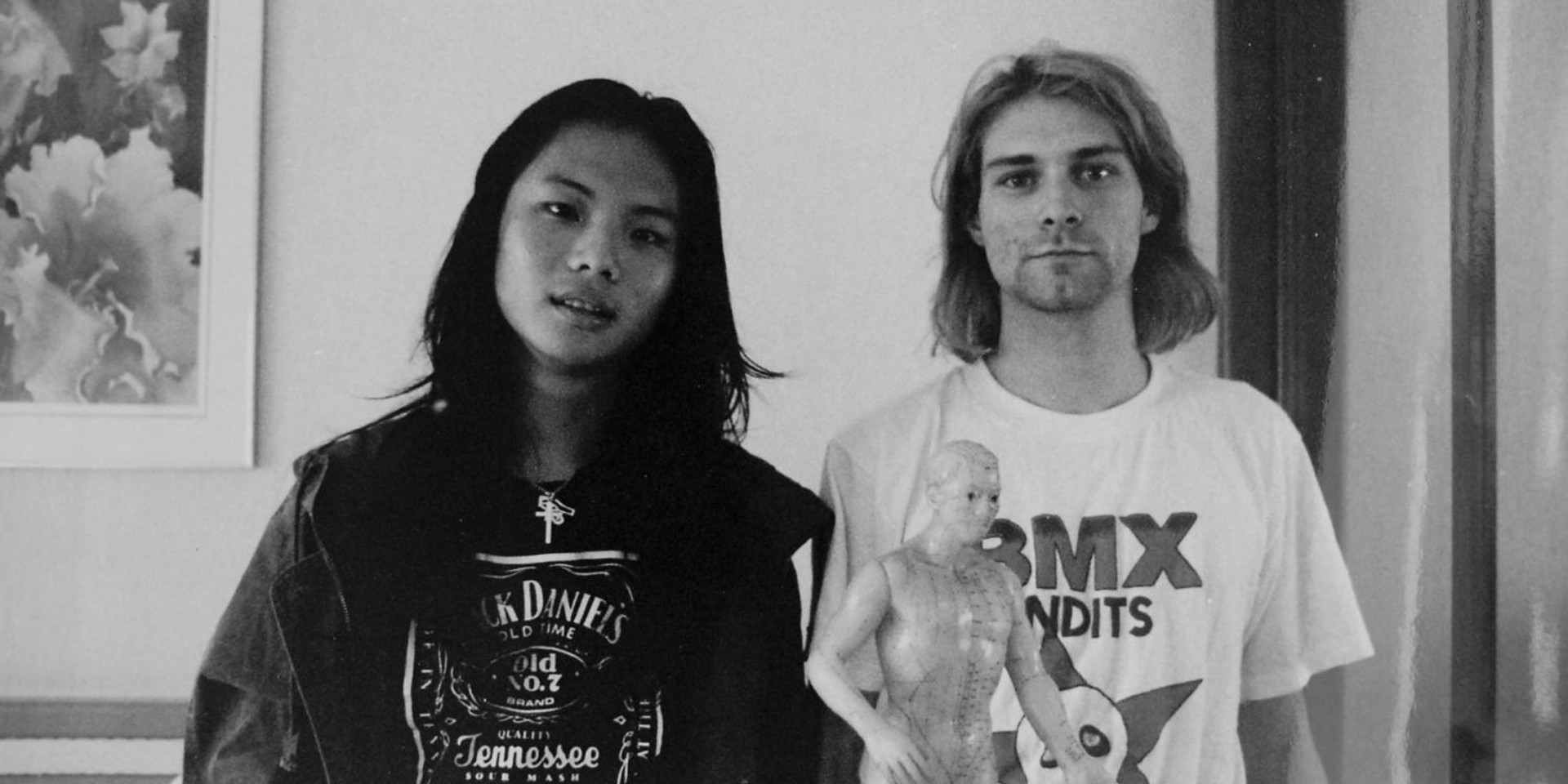 Kurt Cobain’s 1992 self-portrait drawn in Singapore is now up for auction.

The Nirvana frontman’s artwork is one of numerous music memorabilia that are put up by Julien's Auctions as part of their Music Icons 2021 catalogue. 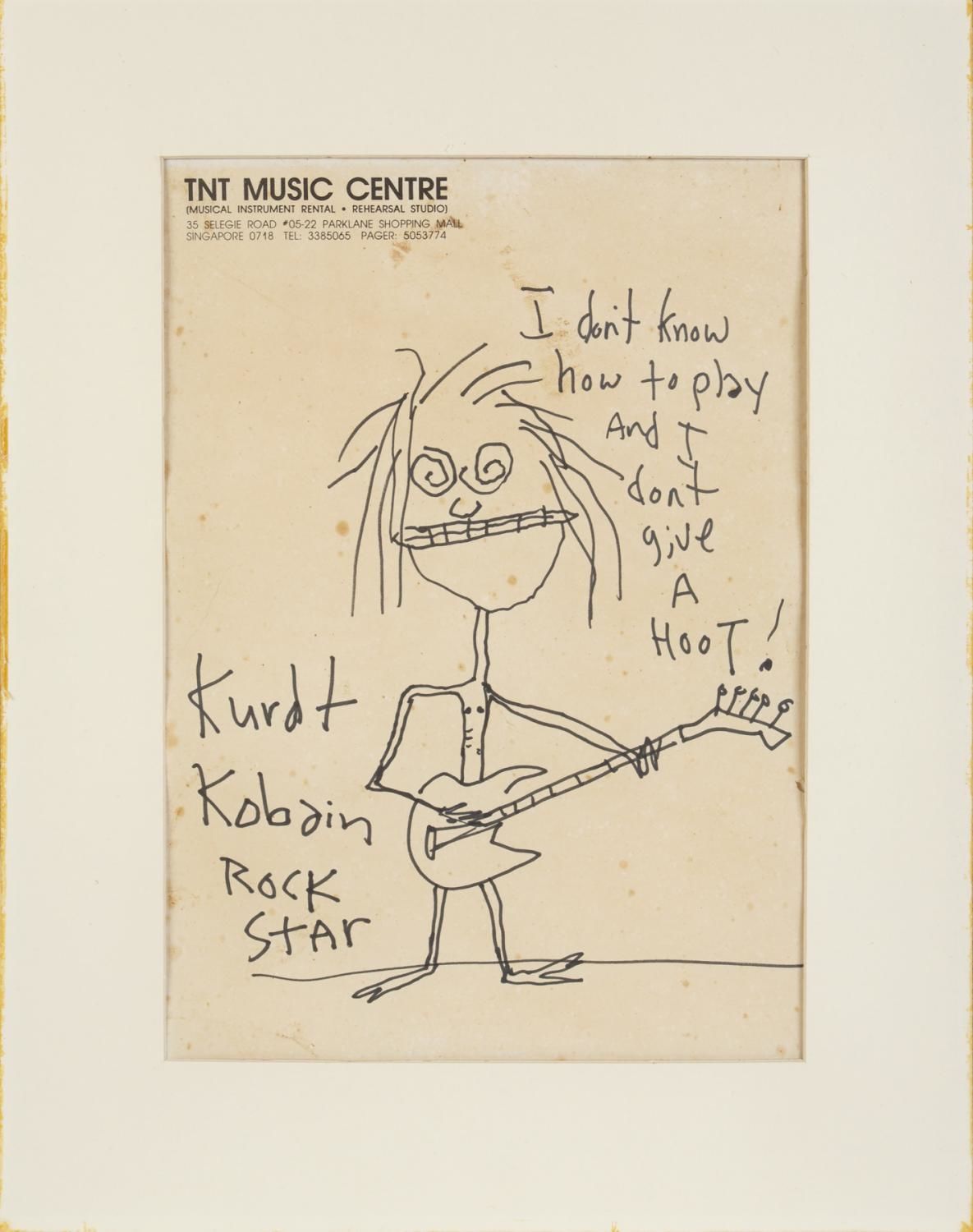 Estimated to be worth over US$10,000, the self-portrait features a caricature of Cobain with the words "Kurdt Kobain Rock Star". "Kurdt Kobain" is said to be a tongue-in-cheek nickname that the late artist used for himself.

Illustrated with stationery from local recording studio TNT Music Centre, the self-portrait was drawn when the late musician visited Singapore in 1992 to promote Nirvana’s Nevermind album. It was gifted to freelance photographer Jacque Chong, who had worked with the band during the tour. 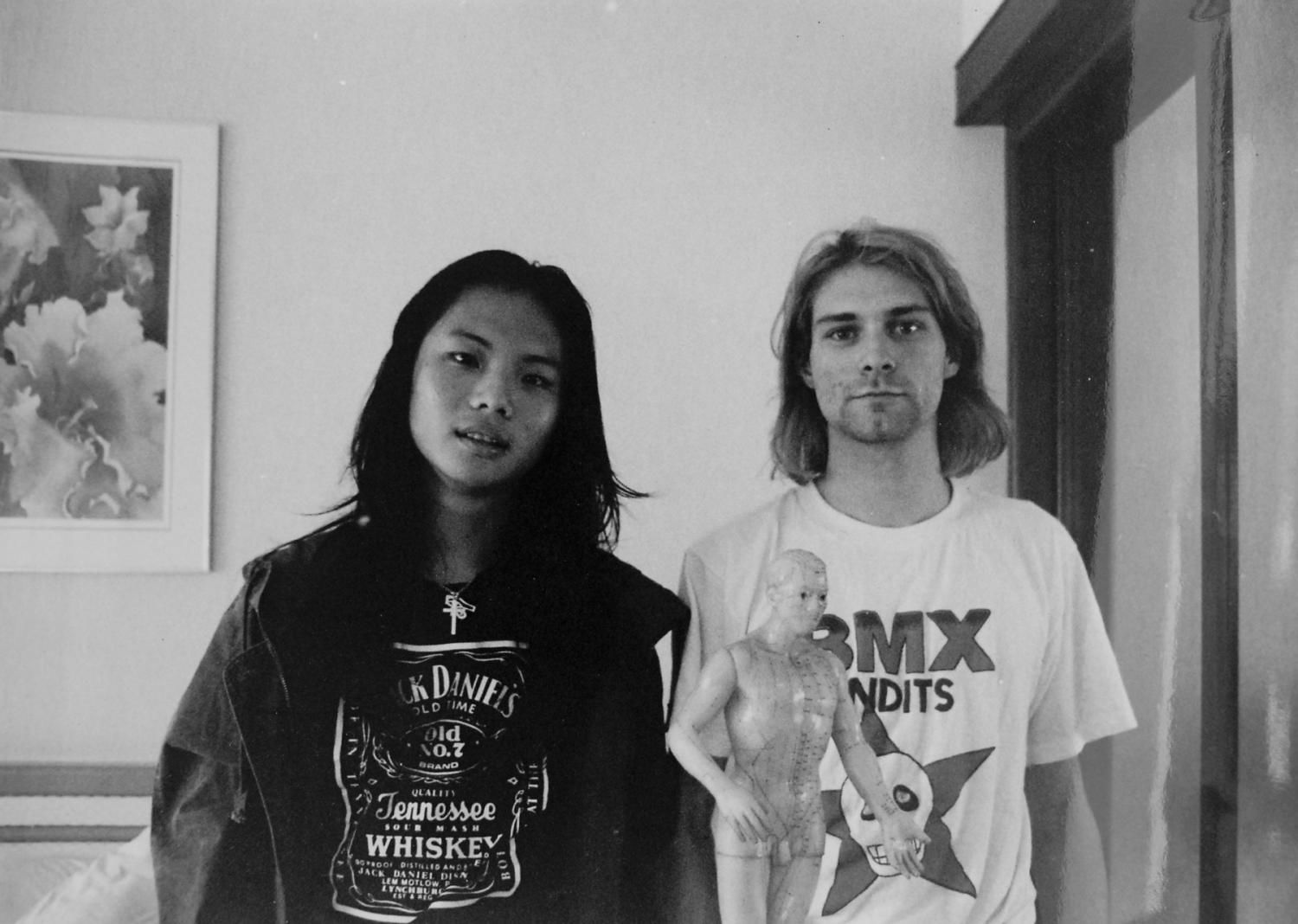 During the band's stopover, Patrick Chng of local indie rock band The Oddfellows brought the members record shopping in Funan Mall, and they even visited the River Hongbao display.

Moreover, Nirvana was keen on playing an informal free gig while in the country, but it never materialised due to red tape and miscommunication. Interestingly, an anonymous Facebook page documenting the band's monumental visit to Singapore has been created. You can check it out here.

The 1992 self-portrait will be showcased alongside other highly prized artefacts from the likes of Bob Dylan, Prince, Britney Spears, and Elton John. The auction will run live on the Julien’s Auctions website here from 11 June (10AM PDT / 1AM SGT) to 13 June. Bids can be placed here.

Asian music NFTs, cryptocurrency artists, blockchain marketplaces — is this the future of music?

This illustration is the latest in a series of Cobain-related memorabilia that have been sold in various forms. In April 2021, NME reported that photographs from his 1993 'The Last Session' photoshoot would be auctioned off as non-fungible tokens (NFTs).