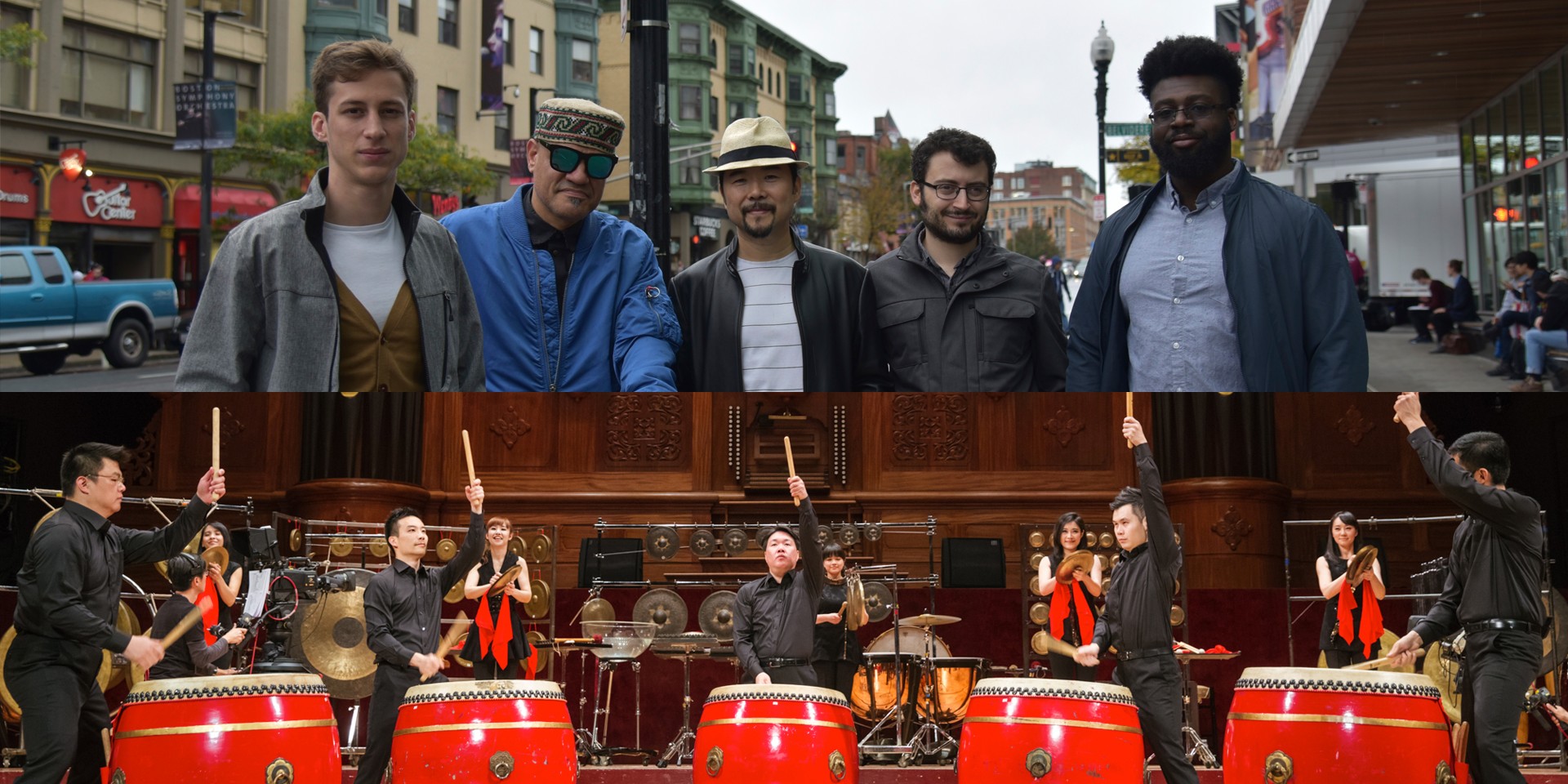 Presented by Huayi – Chinese Festival of the Arts.

The programming on display for this year’s Huayi – Chinese Festival of Arts is breathtaking, but even amidst the myriad of entertainment available, two concerts stand out for the use of both traditional Chinese and Western instruments with a distinctly modern and versatile sensibility.

In today’s interconnected world, ‘east meets west’ is no longer such a novel concept – but the precious few who blend different musical traditions so smoothly, and to fascinating results, remain in the minority. Take suona jazz. Chinese Singaporeans will be familiar with the distinct piercing sound of the suona, or the Chinese double-reeded horn, but probably not as a key instrument within the context of free-flowing jazz.

There is no better musician to marshal this unique collaboration than foremost suona player and woodwinds specialist Guo Yazhi. In 1993, Guo invented the removable reed for the suona, which extended the range and expressiveness of the instrument – an innovation that was recognised by Ministry of Culture in China and earned him the Science and Technology Advancement Award. Guo has since showcased his mastery of the instrument all over the world, performing with the likes of the Orchestra de la Suisse Switzerland, the South Korea Daejeon Philharmonic Orchestra, Belgium's Flanders Symphony Orchestra, among others.

At Huayi, Guo will be performing with the Berklee MicroJam band, fellow composer-musicians from the Berklee College of Music, where Guo is an alumnus. Guo’s chemistry with his Berklee buddies – David Fiuczynski (guitar), Utar Artun (piano), Petar Krstajic (bass) and Jarrell Campbell (drums) – is evident from their previous collaborations, which exude a groove complemented by the arresting presence of the suona. Their upcoming live collaboration is no doubt one fans of experimental jazz will look forward to.

The kinetic grooves of experimental jazz aside, there is a compelling dynamism that only a percussion ensemble can bring to life (which explains the enduring global popularity of troupes like Stomp and Blue Man Group). In Asia, listeners look to Ju Percussion Group (JPG) for that invigorating experience. Founded in 1986 by percussionist Tzong-Ching Ju, JPG was the first percussion ensemble in Taiwan and has made a name at home and abroad for their spirited performances.

Under JPG, percussion is thoroughly performative. Musicians experiment with the instruments’ visual appeal (striking drums with unfolded fans, for example) and take advantage of the instruments’ fullest capabilities, like having multiple performers elicit sound from every inch of a marimba. Performers – sometimes in costume – make full use of the stage, fluidly and often theatrically sharing space with each other. The Ju Percussion Group has also been known to demonstrate its versatility by applying their approach and percussive sensibilities to unlikely genres of music, such as flamenco and folk music from Malaysia and Indonesia. With such an omnivorous and innovative approach to percussion, it’s no wonder the Ju Percussion Group has had audiences all over the world mesmerised.

The Huayi – Chinese Festival of Arts begins 23 February and runs till 4 March.

Guo Yazhi and the Berklee MicroJam band will be performing at The Dragon's Song – An East-West Fusion Concert on 24 and 25 February at the Esplanade Recital Studio. Tickets are available here at $35 with concessions available for students, seniors and NSFs.

Feel the Beats! Ju Percussion Live in Concert will take place on 24 February at the Esplanade Concert Hall. Tickets are available here at $38, $58 and $88 with concessions available for students, seniors and NSFs.