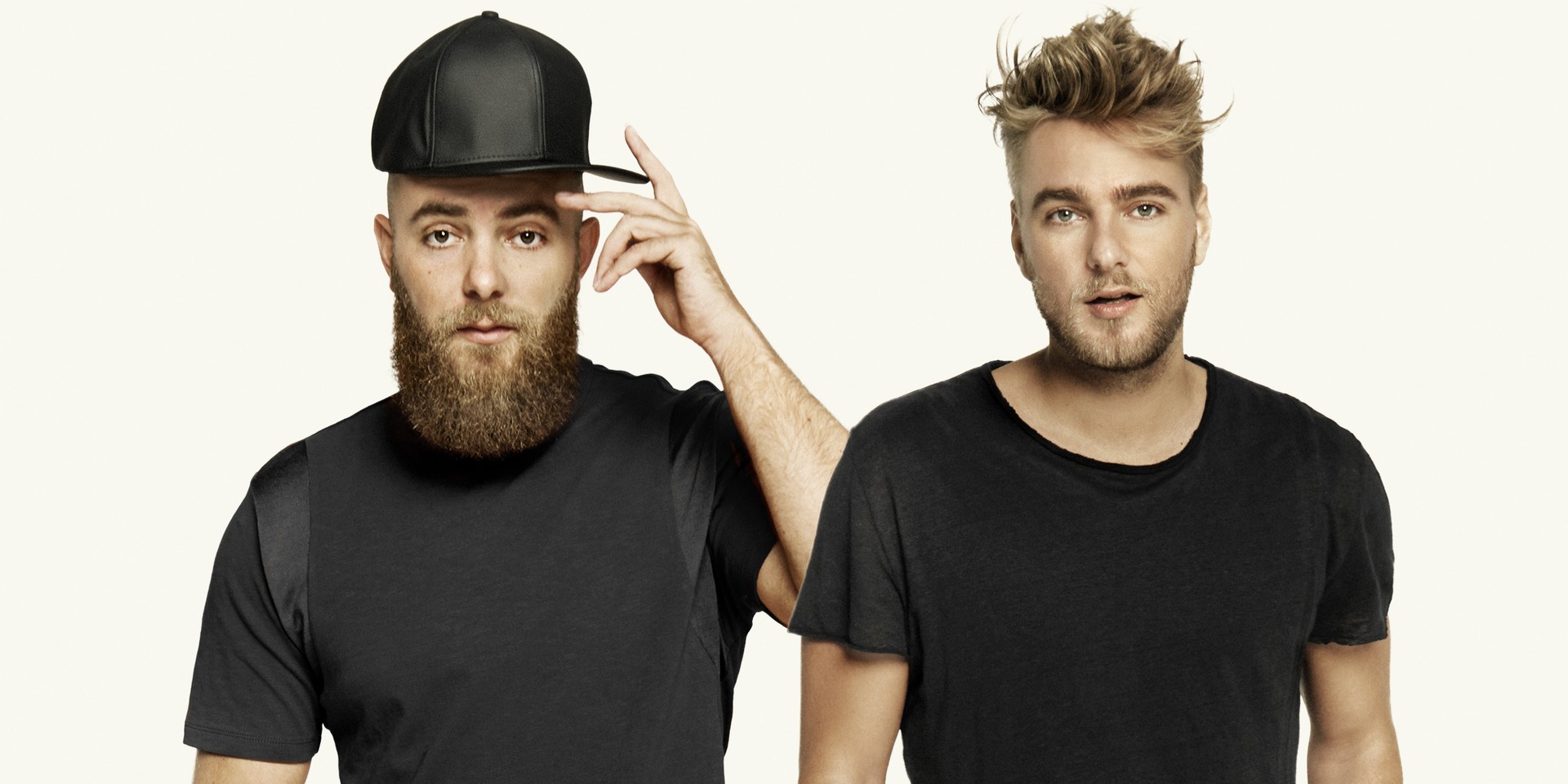 Formed in 2001 in the Netherlands, brothers Sjoerd (left) and Wouter (right) have been honing their production and performance skills for close to two decades, and their perseverance has paid off tenfold under the guise of Showtek. Constantly collaborating with the biggest hit-makers in the EDM scene such as David Guetta and Hardwell and consistently headlining some of the largest festivals in the world, the brotherly duo have crafted a name for themselves while experimenting with a wide array of dance music sub-genres like hardstyle, big room and future house.

Bandwagon spoke to Showtek late last year to talk about the duo's diverse discography, mental health issues and what's in store for 2019. Check out the complete interview below.

You’ve gone through a few stylistic changes in your music over the course of your career. Having such a diverse discography, how would you describe your music to a new listener?

Sjoerd: I think there are a few levels to how we would describe it. I think if you're talking about the songs themselves, there's a certain energy and simplicity and a melodic part that's very recognizable. At the same time, if you look at the state of mind of the songs of the songs that we put out, it's always a little different and it's a little challenging. If you hear it live, hopefully they carry a different impact than on headphones. Some songs were made to be played live, you know what I mean?

Wouter: At the beginning of our careers, we used to go to a lot of festivals so we kind of had those moments where we heard tracks live that really inspired us because of the sheer impact it carried. We really paid attention to what triggered us and we captured that and used that in our music. I think we've done pretty well so far.

In recent years, we’ve seen a lot of musicians address mental health issues. Being touring musicians yourself and having been in the scene for so long, how do you keep yourself rooted and maintain a healthy mindset. Are there specific things you do?

Sjoerd: It all starts with the people around you. You need people around you who have the balls to call you out for whatever nonsense you're doing. It's important to have each other's backs and another thing we do is that we talk to each other and we're honest about needing breaks and time off to unwind and get our heads right.

Touring and being away from your family and friends is tough enough as it is. Add in all the travelling and stuff, that just cranks everything up to 11. But it doesn't just matter what you do on tour. You have to be responsible in your own personal life as well.

For example, when we're not touring, I go to the gym back home and I go for classes with 40 people who have no idea who I am, and I get my ass kicked every day. And I look around, and it feels so good to be normal again. It's good to have something that shows you that you're human and you're humbled by it.

Wouter: This industry is a beautiful industry but it can also be very demanding at times. You need to take the time to maintain a healthy body and mindset; the industry isn't going to do that for you. You need to take the time to do breathing exercises and meditation, stretching is really important. We try to go on a plant-based diet as much as we can. I think the emotional and mental side of being an artist is draining.

A lot of times, people will carry you on a pedestal and a lot of artists take that for granted. It's important to remember that we're regular people who happen to make and play music. We can all die at any point of time. We're all the same. It's very easy to be carried away by attention and substances so it's good to have people the bring you back down to Earth.

There's a lot of things in everyone's lives that will cause them to stray away from being centred and those things will cause mental and even physical issues. I think the key to staying above that, wether you're in the entertainment industry or not, is just to have the mindset that you're no different from anyone else. No one owes you anything, no one is against you. We're all just trying to get through life.

Sjoerd: I think another huge reason why we're able to stay so grounded is because we're brothers and we love each other, we grew up together. We want the best for one another and we're always going to keep an eye out for one another.

Wouter: We have a lot of music coming up. Actually, we have so many releases coming up that we haven't exactly figured out how we're going to pull it all off in terms of scheduling. We have a lot of cross-over music that's kind of Showtek 3.0; it's a combination of Showtek 1.0 and 2.0, the different sounds we've made so far. We have a lot of stuff that people already know us for, along those same lines.

Sjoerd: I think we have a certain formula that works for us. We don't want to completely change the image and brand of Showtek, but I think it's important to reinvent yourself every couple of years, and 2019 is going to be that year. Same ingredients, different dish. I always takes three to four years to come up with a concept that is extra refreshing, and works well. We don't want to put out stuff that doesn't make sense. We're trying a lot of different things that hopefully can be added to what's already there.