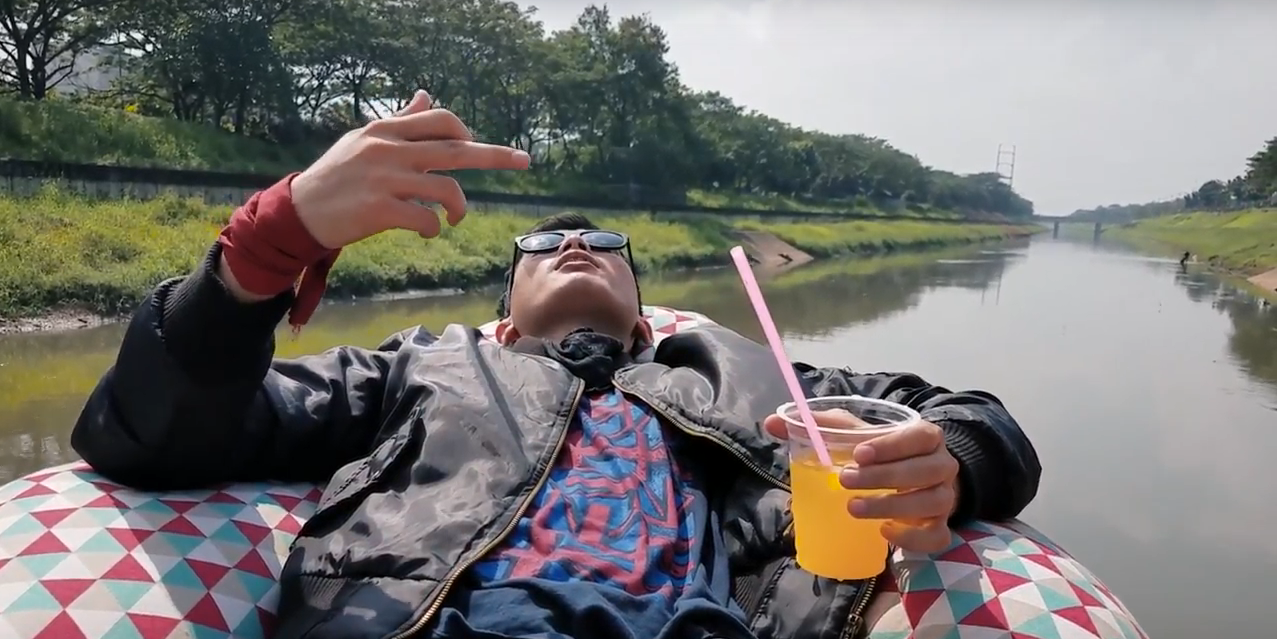 I hate it when people don't keep their words and only say 'yea later' but it never happen. I wanna say fuck all y'all procrastinators, the time is now!"

That's pretty much what Joe wanted to express through the song.

The Indonesian hip-hop artist, Joe Million whose real name is Jayawijaya Nababan just released a new music video 'Ia Nanti' (6/17). He is one-half of Super Flava and a member of the trio Medium Rare. Born in Wamena and raised in Jayapura, he moved to Bandung when he was 17 years old and is now based in Jakarta.

The beats were composed by a Medan-based producer called Drop D Soundz and was recorded at Imogen Studio, Cipinang. David Yoku aka AYAW directed and did the visual FX for the music video, it featured cameos from Joe's friends such as JuTa and Asto Panjaitan.

The title 'Ia Nanti' was actually taken from a quote we often hear in our daily life which translates as "yea later". Bandwagon Indonesia asked him a few things about the song. Here's what Joe said:

The song 'Ia Nanti' was inspired from the environment where I live. It tells about my boredom and how fed up I am of the false promises that I often get, as well as the absurdity in my daily life. But I try to see the positive side and take lessons from it. The music video was shot in BKT (Banjir Kanal Timur), and the concept was made right on the spot. The process took 2 days. The beat was actually the wrong beat that Leevil sent me when we were going to collaborate, but because the beat is nice I still use it."