What is The Henderson Project?

The Henderson Project is Singapore’s newest platform for play and party. Making use of the industrial settings of Henderson Industrial Road, and curated by the team at theatre production company Dream Academy with artists who want to come out and play with a radical call to party. The excitement starts this February 2015 with two very different underground projects where music, art and film merge: Our Hobby Is Depeche Mode and The Revolution Will Not Be Televised. Staged on two consecutive Fridays - both Feb 6 and Feb 13 - these two projects are co-organised by creative consultancy, Present Purpose.

For more info on the venue and events 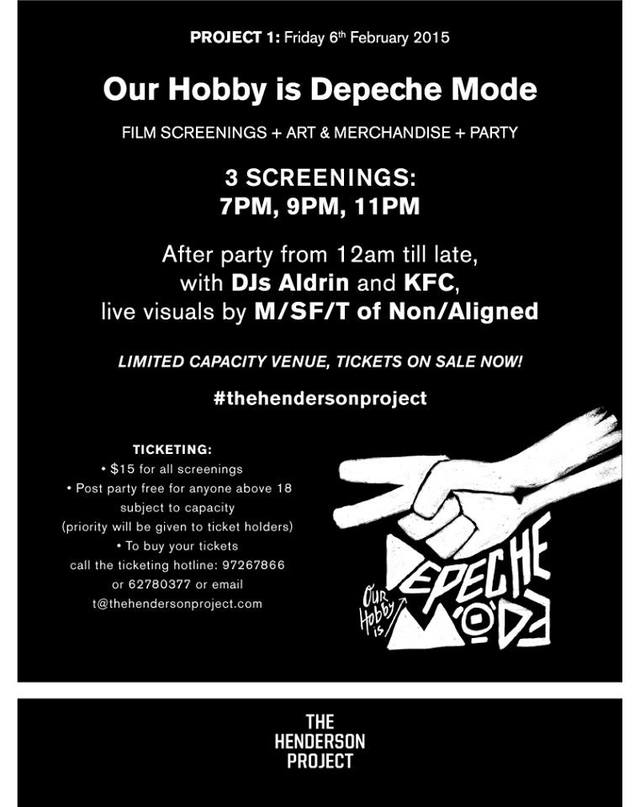 Film screenings, art & merchandise and a party of course, you can expect it all on February 6. An unusual, inspiring and poignant documentary about the fans of Depeche Mode that would inspire you, whether or not you know the band or their music. It will the first ever time the film would be screened in Singapore.

Made by Turner prize winner Jeremy Deller and film maker Nick Abrahams, Our Hobby is Depeche Mode shows us how music shapes our identity. Catch a rapturous insight into fan culture like no other, as the band and their devoted fans serve as subject and style reference for the night. 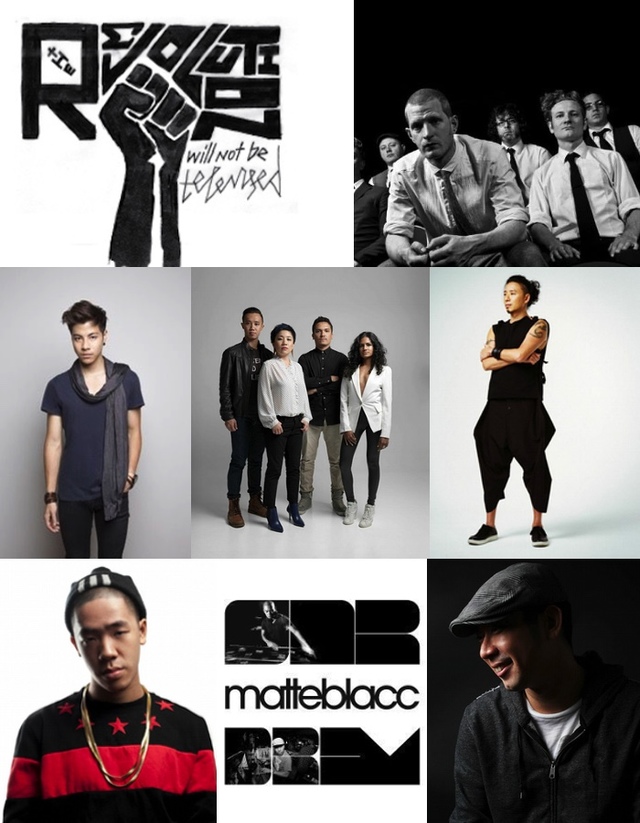 Project 2: The Revolution Will Not Be Televised, Feb 13

Happening the nest Friday on February 13, The Revolution Will Not Be Televised will be celebrating the spoken word and the funkier side of things, complete with poetry beats, a full brass section and hip hop dance performances. Catch homegrown stars Michaela Therese, Benjamin Kheng and ShiGGa Shay, as well as headlining act, eclectic seven-piece group for Hackney, East London: Lazy Habits. Combining slick lyrics with 50s big band, New Orleans jazz and prto-funk, Lazy Habits serve up a hip-hop sound that is anything but derivative.