More recently, you'd recognise Nile Rodgers as the one playing guitar for Daft Punk in 'Get Lucky', but his career has in fact spanned over decades (he also co-wrote 'Get Lucky). He first started out as a session guitarist and then went on to tour with the Sesame Street band when he was still a teenager. Later on the 70s, he formed Chic with Bernard Edwards who were responsible for triple platinum hits like 'Le Freak'.

Besides being a talented musician, he has also produced some of the most important hits and albums in music history. As a producer, Rodgers has worked with David Bowie, Diana Ross, Duran Duran, Carly Simon and even EDM heavyweight, Avicii showing that he can be versatile and also keep up with the times.

We catch up with the man himself, as he prepares for his show in Singapore with Chic, courtesy of LAMC Productions. Before the non-stop dance party you will experience at the Kallang Theatre, we ask this one-man hit-making machine about his star studded collaborations, his admiration for Janelle Monae and upkeeping of those dread locks.

What have you heard of Singapore so far?

I have many friends who live there and they say it's beautiful, and environmentally friendly.

Let’s go way back, tell us all about working with Michael Jackson.

I met Michael Jackson way back in the 70's. I played in a band called New York City who open for the Jackson 5 on a few shows. We've always had a great relationship since, and I played on a song on the HIStory album.

What were some memorable collaborations?

I've had a career of great collaborations. Daft Punk is the most successful one to come out this year. I have AVICII, Adam Lambert, Disclosure, and Madonna has allowed me to release the 12" version of 'Like A Virgin' that we did in the 80's - and I will have more releases with other DJs and electronic artists this year.

Anyone you would like to collaborate with that would surprise all your fans?

When was the last time you were starstruck? 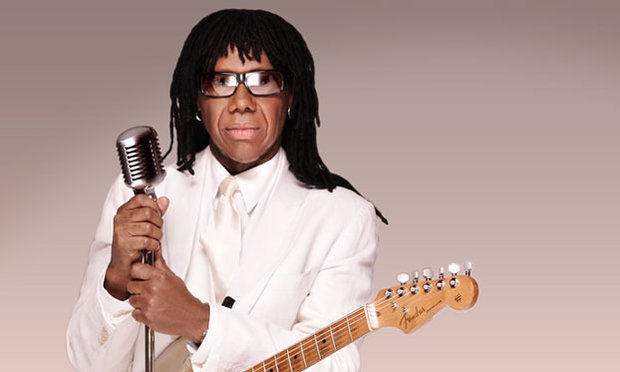 How much have your views about the music business changed since you started? Is it a lot harder/challenging now then the past?

I do music because it's my passion. Though the business has changed a lot since my 1st hit records, the artistic reward is still the same. I love doing it!

What are your views on music streaming programs like Spotify?

I believe the more opportunities and platforms that expose people to music the better.

Which act now do you think would've been really popular during the disco-era?

Also, what's your secret to keeping those dreadlocks decade after decade?

I eat a high protein diet, wash my hair with lavender shampoo, and tie my hair up or wear hats a lot, so the weight doesn't break off too much hair.

What are some similarities you can see between the disco scene at its peak and the current popularity dance music is enjoying now?

Dance music brings many different types of people together and makes them happy.

What advice would you give a young kid now?

I don't like to give advice because music is so personal, but if you choose this as a profession - make sure you love it because it's hard to be successful.

Lastly – what can we expect from your show here?

Fun, good times, and you will know almost every song. I do most of my #1 hit songs that I've had with artists from Diana Ross to Sister Sledge, Madonna to David Bowie, as well as CHIC and even Duran Duran.

Win a pair of tickets to catch Nile Rodgers and Chic at the Kallang Theatre! To win, simply click on the link below and follow the instructions. Godspeed!