Words by Delfina Utomo
This week, Bandwagon features local band Natalie's Plight who will be launching their very first EP "What You See is What You Get" on 16th December 2011. We get to know more about their beginnings, their music, their plans for the future, as well as listen to a preview of 2 songs off their new EP!

Introduce yourselves to us!

Natalie's Plight is made up of Ashlee Tan on Vocals, Mark Spencer on guitars, Sharime on bass guitars, and myself (Chris) on drums.

We were all basically course mates when we all in polytechnic, we graduated in 2009. The band started out as a final year project, writing songs inspired by our own past experiences about love and life, and soon we had a bunch of songs that we really felt proud of. It's was only after the project that we decided we should not let the songs go to waste by just letting it stay as a school project and that was when we officially became a “band”.

How did you come up with your band name, and is there a meaning/story behind it?

A story was written for our project, and the main character's name was Natalie. Thus, when it can the time to name the band one of our team mates actually suggested Natalie's Plight. The script was a very emotional one thus adding in the word “plight”. And we just stuck with that ever since. 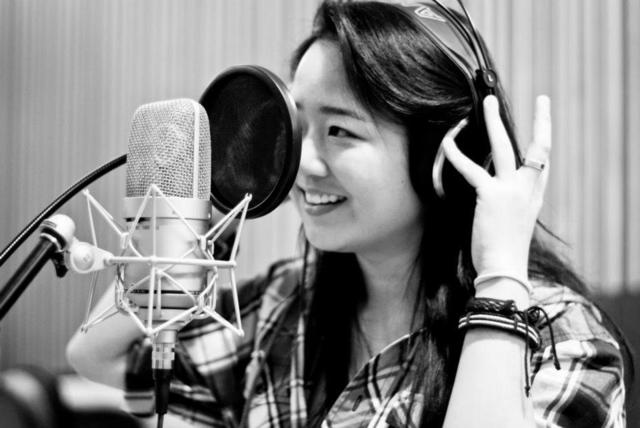 What are your songs about? How do you describe your music to people?

Our recent theme for the band has been “Real people, honest music”. When we embarked on starting coming together after a two year break, we felt we didn't need to do something grand with our music, no gimmicks and just 4 old friends coming together again. So as cliché as it might sound every single song of ours tells a story about an experience of each member of the band, especially for Ashlee who's the main lyricist.

Who are some of your musical influences?

Our last performance as a band was actually 3 years from the date of our EP launch this coming Friday, so it's like a huge homecoming for us. Incidentally, the EP launch is also gonna be at the exact same venue. Our previous performances were always to familiar crowds and faces, and we were told our songs were nice, and we were always asked for recordings of them. This made it a huge motivation for us.


What long term goals would you like to achieve as a band?

We hope to one day independently produce and release a full length album, and definitely play more shows around Singapore and even in the region as we've managed to make quite a quite friends overseas and it'll be great to bring our music out of Singapore and to the rest of the world. 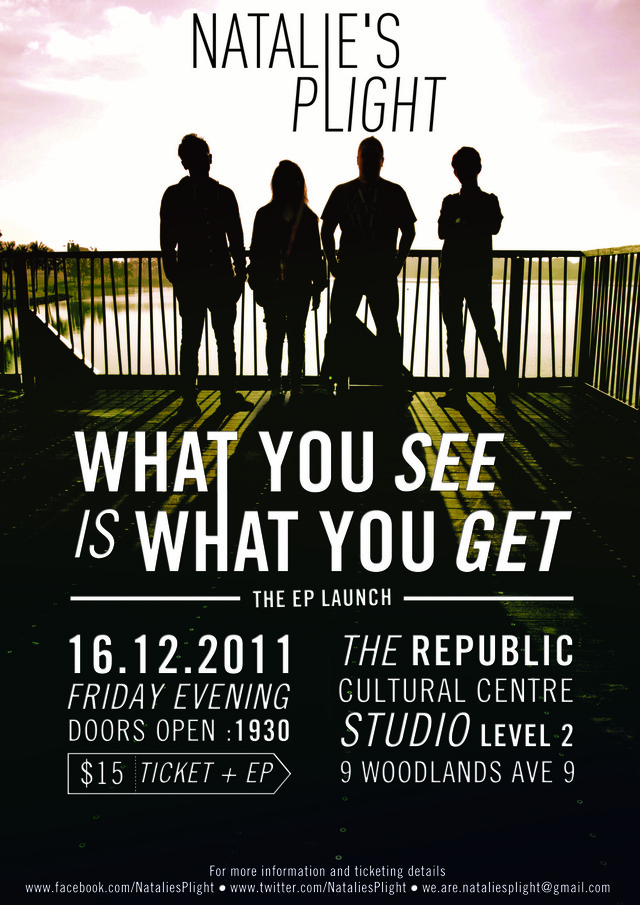 If you want some free tickets and CDs to Natalie's Plight "What You See Is What You Get" EP Launch this Friday, here's your chance now!!

Simply
1) Post on our wall with the words "Bandwagon connects me to live music in Singapore!"
2) Get 5 friends to like it!

First 5 win 2 tickets to catch Natalie's Plight and 2 copies of their EP!