You’ll be forgiven for thinking that they are a band from Brooklyn or something, but reminiscent of other lo-fi greats such as Tennis, Best Coast, and Dum Dum Girls to name a few – we’re so glad for our own Obedient Wives Club.

Unlike the other loony group of the same name, Obedient Wives Club is one you actually want to pay attention to. If you caught them at the +65 Indie Underground concerts at the Esplanade waterfront a few weeks back, you will understand. We let them take the limelight again in our Bandwagon INTRODUCING series.

We are Obedient Wives Club, a quintet from Singapore that plays a blend of Phil Spectorish wall-of-sound fuzz pop that we coined as Spectorgaze.

It’s a band name waiting to be used and it’s way too catchy. And it does help us to get noticed with its many double takes. We do get strange and funny emails sometimes because there are people who actually mistake us for the other namesake. We send them our Bandcamp link because music is a much better aphrodisiac than some textbook sex guide.

How did you all get together?

Our guitarist Keith brought everyone together. He had a brilliant idea to form a fuzz pop band and he went off looking for people with similar music interests to play in the band. The only common thread we all had before the band was formed was that we're all friends of Keith's and that all of us love the same kind of music. When we got together, it’s like an aural cosmic explosion.

Lo-fi noise fuzz and huge wall-of-sound reverb with tinges of melancholia and doses of summertime pop. We are also big on saccharine melodies delivered with a voice that you would want to make love to. It’s an orgasmic mix.

Tell us about the writing process and what you draw inspiration from.

A basic chord idea would come first. And the band would take it to our rehearsal space we fondly named as The Loft and brainstorm what each of us could contribute to the song. The story and the lyrics take place after when the music is formed. Or vice versa. It all depends really. We go where the music takes us. It’s all very fluid. 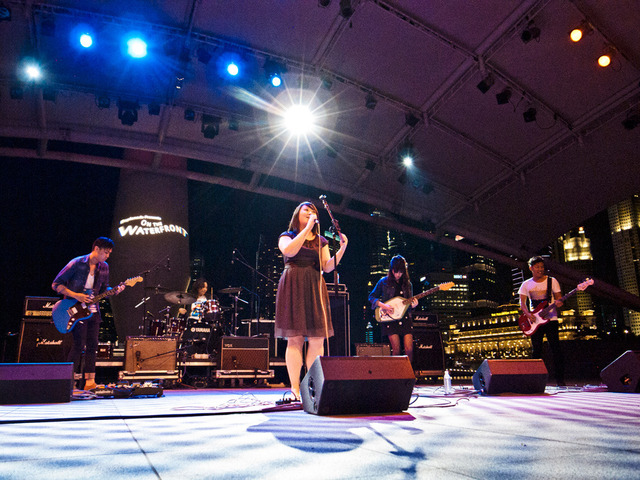 How was the +65 Indie Weekend concert?

+65 Indie Weekend was a good showcase of the musical diversity we have here and it was great playing alongside so many awesome bands of different genres, both new and old. Some of us were really psyched to catch In Each Hand A Cutlass, Astreal, Great Spy Experiment and Pleasantry to name a few and they all put on such amazing sets. Can’t wait to have more of these kind of shows often!

Write more songs, play more shows, release more EPs and keep on creating and playing music. We are all fiercely passionate about the music we love. That’s what really drives us as a band.

Parting words for your followers

Never be an eager beaver. When in doubt, be nonchalant and mysterious. That will keep people wanting for more.