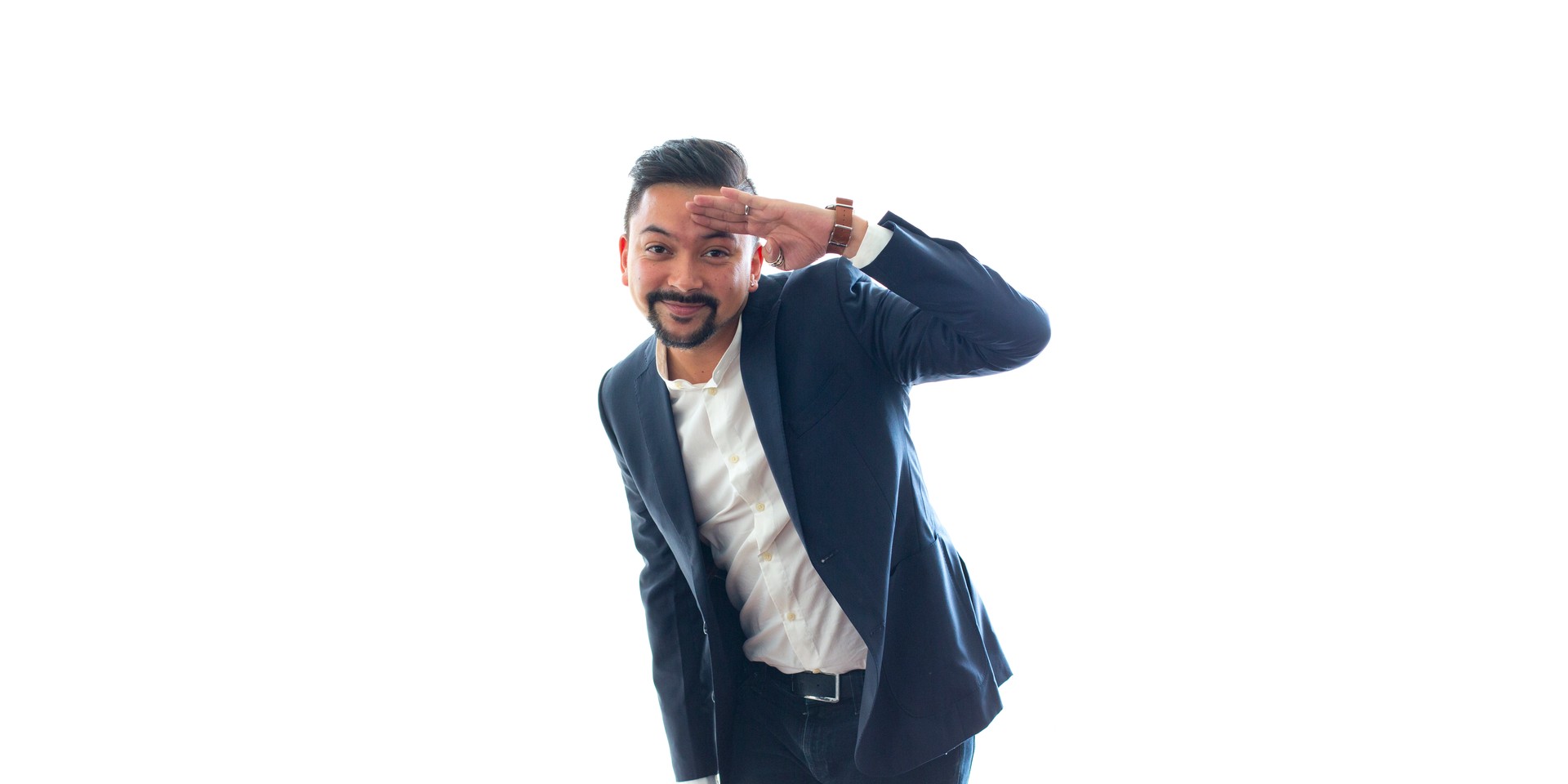 When you claim to be Asia’s largest festival at sea, you can’t afford to pull any punches.

That’s why It’s The Ship can make that rightful boast. Into its sixth year, the EDM-festival-on-a-cruise-ship experience has grown from a niche concern to become a format-blasting, cultishly beloved party experience of choice for people who like their thrills loud, maximal and kinetic. Enlisting the biggest names in the EDM zeitgeist as well as local, regional and international purveyors of buzzing sounds such as hip-hop and hardstyle, Malaysia-headquartered firm The Livescape Group has ensure that its seafaring festival is an upper echelon destination in the dance music calendar.

Ahead of its upcoming edition, which happens from 13-15 November, we speak to Group CEO and one of the most crucial architects of the ITS experience, Iqbal Ameer, about what’s in store for the party-hardy at ITS 2019.

Congrats on another edition of ITS! What gets you the most excited about planning each new iteration of the festival?

What's amazing about ITS is that it's a story, one that we've been telling and developing for over six years. As the story evolves, we've gotten feedback about the different chapters from the shipmates, which is the first thing we look at and take into consideration. We look at what they liked or didn't like, even down to the food. Besides this, we also look at their music preferences and how they react to sounds like hardstyle and hip-hop. Based on the the response to acts who play, specific sounds, we'll decided if we should book more of those acts the next year. We have a lot of roundtable discussions with regards to this feedback and from there, we release the next chapter.

And what's special about this edition?

To be honest, every ITS is special. It's a community of weird and wonderful people – that's what makes ITS a party. Our diversity is our strength. This year, we've got a huge focus on the music and the experiences. Our theme parties have always been a real cracker but this year, they'll be even more of a highlight. It's going to be an intense two nights.

For one, we've got Sam Feldt's iconic Heartfeldt pool party, which are huge in Miami – and this is the first time he's bringing it down here. This will be the Asian debut of the party. That's a big highlight for us.

Something else we're going to do and which has gathered some buzz is the Fyre Fan Club. Months and months ago, we decided to base an entire popup party on the Fyre Festival. We're going to try and bring to life everything we can in the documentary. YUNG RAJA and FARIZ JABBA  will be headlining this party.

That's great. ITS continues to show love to Singaporean artists.

No matter what people say, Singapore is the pioneer in Southeast Asia when it comes to electronic music and nightlife. There are many icons in Singapore that kicked it off. We've got very close connections to Singapore and what its talent can bring to the table. They've never, ever failed to put on a good show. Singaporean artists are extremely disciplined and extremely professional. That's why we have a huge push in making sure that Singapore is represented amongst the 88 nationalities that attend the festival.

It's not uncommon to see people with ITS tattoos on the ship every year. How does that make you feel?

We're honoured! These people get ITS tattoos because it changed their lives. We get tons of messages and emails from people who came on ITS and found the love of their lives and now they're married. They come on ITS every year to celebrate their wedding anniversary. We hear beautiful stories like that. The truth is, music unites. If, for example, two people who don't know each other but like house meet in a club, they're bound to connect. That's what ITS does.

What would you say is the music philosophy of ITS 2019?

Our music policy this year is all about diversity. When we first started ITS, our challenge was getting people to come on the ship. Like most music festivals, we got big acts, like Knife Party, Yellow Claw and Dash Berlin. Acts like those will entice you to come onboard and experience the full product. But year on year, our return rate is 30%. This shows that the shipmates are really all about the experience. This allows us to really push the boundaries in terms of what our music offering is. You can be listening to hardstyle on one side and when you walk 15 minutes out to a secret party, it's full-blown techno. The idea is to really push the boundaries of what music is and to allow you to discover a lot more than what you bargained for.

Lastly, as the organiser of the whole shindig, how would you want people to enjoy the festival to the fullest extent?

Well, stop looking down at your phones and start looking up. One of the things about ITS is that the phones don't work. That's a huge advantage. It means you can be in the moment and when you're in the moment, you connect and you meet people from all walks of life. That's the starting ingredient for you to have a good time. 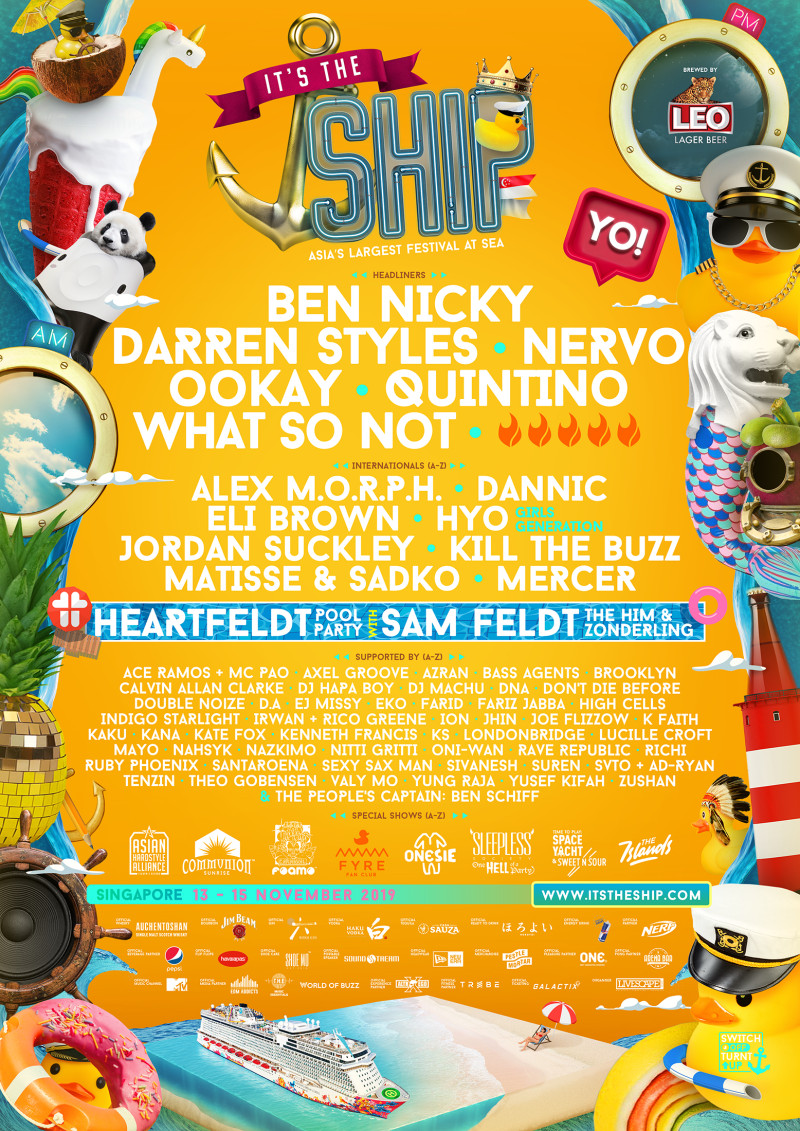