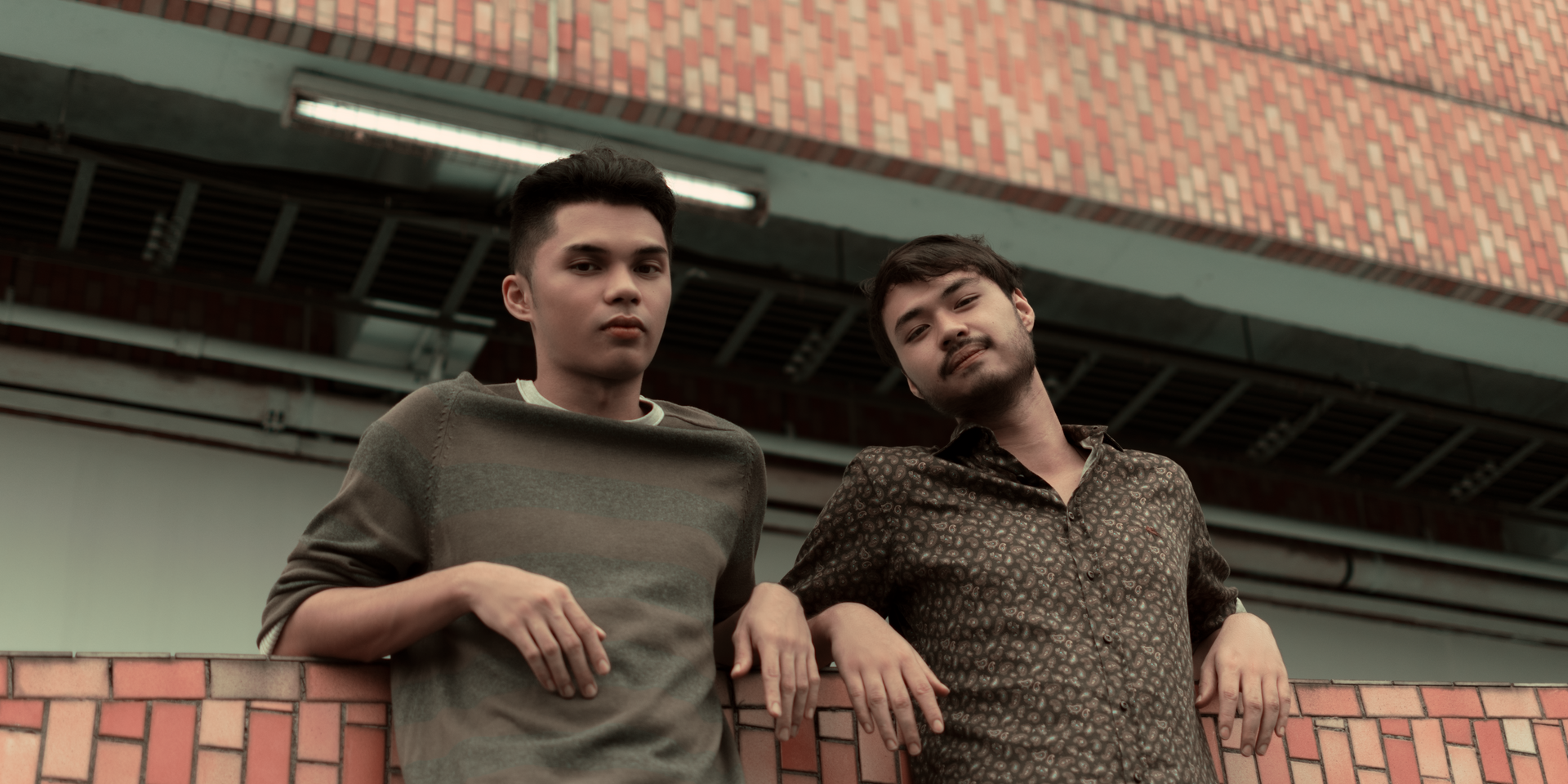 Playlist culture has made “chill” a musical dirty word – but not when it’s beamed into the atmosphere by Islandeer.

When the Singaporean duo of Michael Garcia and Christian Jansen converges, there’s chill aplenty, a sheer resplendence of sumptuous grooves infused with a kaleidoscopic rush of colour that is somehow relaxed and shimmering.

The pair sits atop a burgeoning pile of singles but there’s enough happening even at this early-period phase to suggest that Garcia and Jansen will make music that will boom gloriously in their collective voice in time to come.

In the interview below, they both reflect on the past that they built and the future to come.

How did you meet?

Michael: We were classmates in Singapore Polytechnic's DMAT programme. For our Final Year Project, we had to form groups and make a song. We were in different groups but he liked my group's song. Based on our shared music tastes, we found common ground and started jamming and writing songs. But we weren't in Islandeer yet; it was a three-piece band called Advanced Press. Once that broke up, we wrote songs as Islandeer.

Christian: One of our parameters was that the band name had to be three syllables long, probably because some of our favourite bands were like that. We also wanted to have an animal, for that reason, as well as local context. But that was because we didn't want to stray too far from being Singaporean about it. Our surnames aren't very Singaporean but we want to embrace our identity to as Singaporeans.

Let's go through your some of your singles. How did 'Memento' come about?

Christian: It started with me trying to figure out a riff, which is the main riff of the song. Once I got that, I thought that it could work in a pop con text and be something that we'd feel comfortable playing. We were still in NS, at the time, so it became this project we traded ideas on all the time. It was hard because we never actually met to make the song.

Michael: The only time we did was after our friend's birthday party, which was near my house. So he stayed over and we finished the song that night, half-drunk. 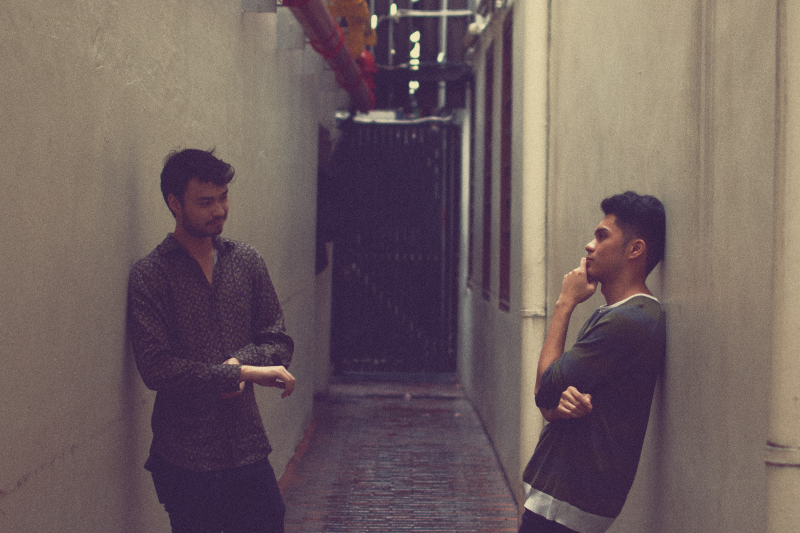 And what kind of stories led to 'The Bad Taste'?

Michael: I wrote most of it – in camp. In my free time, I was listening to a lot of music. Most of the songs on the playlist I was listening to inspired how 'The Bad Taste' sounds. There were quite a few local songs in there, from Subsonic Eye, Bakers in Space and Sobs. It's been so long that I can't remember what the lyrics were about!

Christian: I think it was about this girl whom you like but didn't like like you back. Eventually, she falls for some other guy. That's why she's got "The Bad Taste".

Michael: Yes! But it's not from my personal life. It's a made-up story. A lot of these songs were written while we were in NS. They're love songs but not in a straightforward way. Also, I remember now that 'The Bad Taste' was inspired by Moonrise Kingdom. It's a cute love story.

Did you intentionally switch things up on the next single 'Lost Bicycle', which is more spacey and psychedelic?

Christian: That was a strange one. It wasn't meant to be a single. The other song, 'What to do in Times of an Existential Crisis', was supposed to be it. But we thought that since 'The Bad Taste' was kind of chill, we should release something even more chill as a double release. But it's not doing all that well.

What's your metric of something doing well?

Michael: It came out after the 'The Bad Taste', which performed really well in terms of streams. Comparatively, it perform as we expected it to.

Christian: I wouldn't say we're super hung up over numbers but it's just nice to see something you made doing well. We started only last year so we have no benchmark for any comparison. But we do have singles coming out even though we haven't been playing the circuit. It's good to know where it's going from here.

So, then, what keeps you inspired to make more music?

Michael: We wrote so many songs during NS and most of them haven't been properly recorded yet. Finishing those songs definitely keeps us going.

Christian: We've been playing together since 2013, which is quite a long time. Even during the Advanced Press days, which we didn't like, we knew we had common ground to do something different. After that, NS happened. So all these years of working towards and building up to an identity motivates us to become more.

On your latest song 'Cliche', you get into how one's discomfort when faced when things don't go one's way is a cliched thing. That's an interesting take.

Michael: Thank you! That was the first song I wrote – and the one that Christian liked. I came up with the lyrics and chords and my group filled up the arrangement. Looking back now, I feel like though it'll always be cliche to rant about being overwhelmed by your environment, societal norms will always change. If you don't want to be a cliche, you have to keep changing your perspective and trying new things. 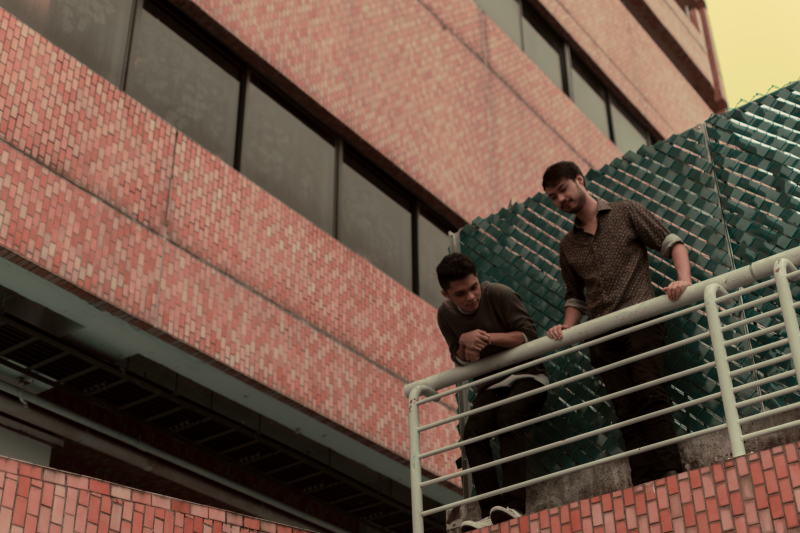 For this last question, I want to redirect you to what we spoke earlier about numbers and metrics. It's no secret that, these days, pairing the right gimmick with with competent marketing almost guarantees success and virality. Being in a band, how do you negotiate honing your craft and musicianship in such a climate?

Christian: That's a good question. I'm not at the level I want to be yet at with any instrument so I try to practice the songwriting aspect the most. At the end of the day, you can be great at guitar, but if you can't channel that technicality into a song, what's the point?