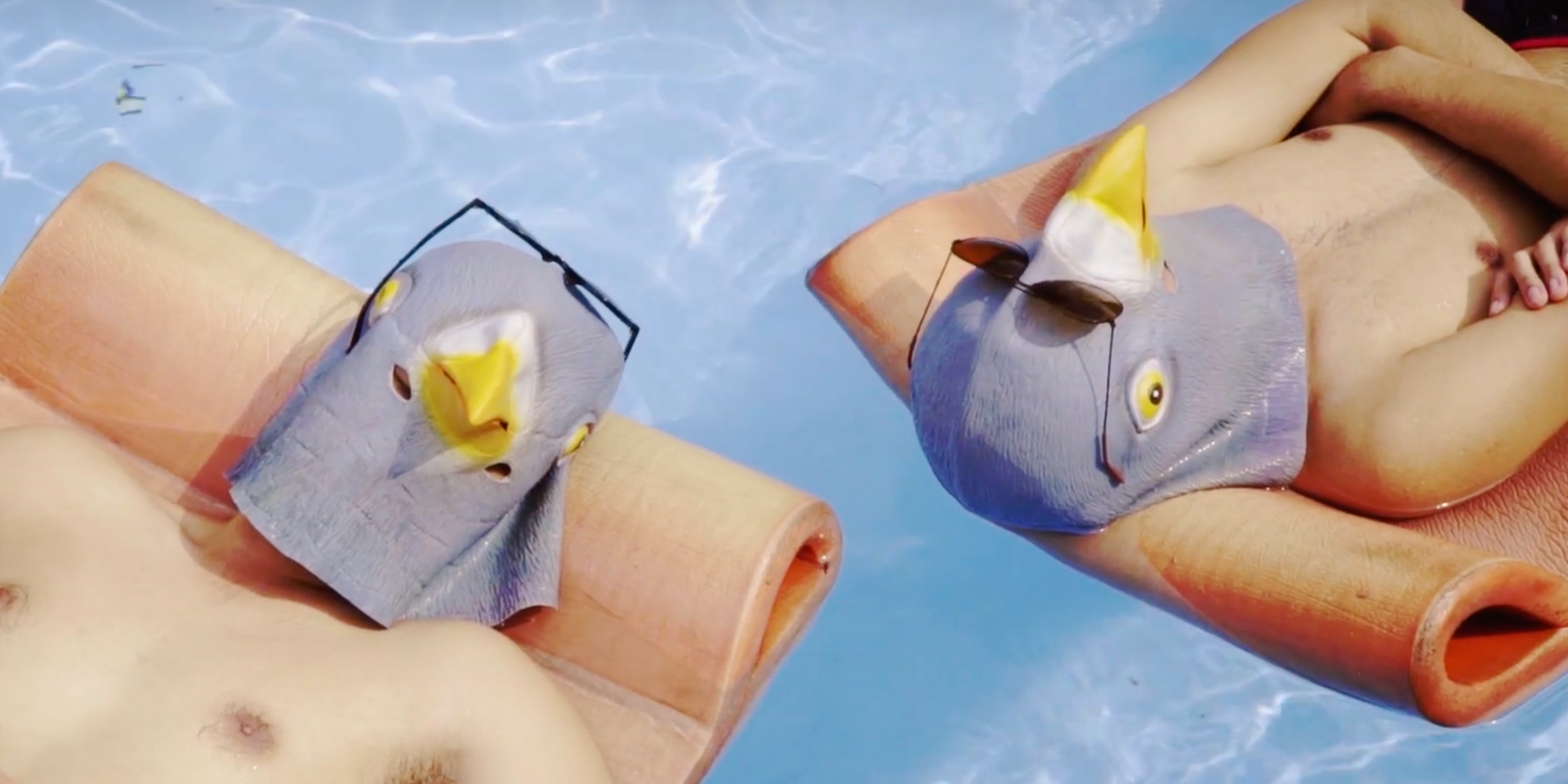 Islandeer has released its music video for debut single 'Momento'.

The fresh-faced duo, consisting of Christian Jansen and Michael Garcia, combine a myriad of genres such as '60s pop, '70s rock, indie rock and modern psychedelia to create a sound that's unique and vibrant. As such, the duo teamed up with Singaporean film-maker Grace Song to capture the essence of the track on film.

The video features the duo with pigeon masks as they frolic around Singapore, chilling in a pool and visiting several spots in the country in the process. Grace explained the concept of the video in a press release, stating: "The music video is simply about two worker pigeons in a nine-to-five job who decide to escape their corporate life, only to be trapped once again by the allure of this mysterious tai tai (Auntie Maggie) and especially so for Michael's pigeon character who is clearly infatuated with her."