There will never be enough ink to celebrate the spiritual veneer of soul music. So gloriously rich and total is its tradition that even its secular transmissions invoke a higher power, greater than the song and its maker and defines the length and breadth of the human experience in transcendental ways. Australian singer-songwriter and producer Jamilla is one such artist who both bows before its fire and carries its torch.

Out of her home city of Perth, the chanteuse both keeps its legacy alive and updates it in distinct and alluring ways. Just as the human voice rests upon the music like a blessing in the best hymns of the sound, she layers her honeyed, simmering coo over self-produced instrumentals from the more interesting, less explored corners of the modern R&B zeitgeist. The overall effect of her string of singles, ‘Beautiful’, ’She’ and the poignantly conscious ‘Bloom’, is more than soulful – each of them emanates a power that is gorgeous and devastating; each of them lingers long after the record stops.

At the recent edition of Music Matters, we caught up with Jamilla for an illuminating chat about how and why she makes the music she does.

Let's take it  back to the beginning. When did you realise you could sing?

I think it occurred to me in my mid-teens, but I started playing guitar when I was 11. I always wanted to play guitar because I was obsessed with Taylor Swift! [Laughs] The singing came after, because I just wanted to play all my favourite songs. It's kind of boring when you're just playing the chords. But for ages, I was terrified of singing in front of people. It wasn't until I actually studied music, at TAFE College in Perth, where I had to do performances for assignments, that I got comfortable with it.

And how did you get into production subsequently?

If you're a solo artist, there are so many reasons why you should learn how to eventually produce your own music. Creating a whole soundscape that is yours on your own is very important. I really find it hard to connect with beats that have been made by other people, and I've not even been there for the process. When I work on my own music, I love the fact that I can put in every little sound I want or go out and find field recordings of my own personal life and add them in there. These become little special Easter eggs for me. And  it just gives you so much creative control, which is great for me, since I'm a bit of a control freak, sometimes. I like to decide everything. Besides that, it's earned me a lot of respect from people who don't expect me to be producing my own stuff. 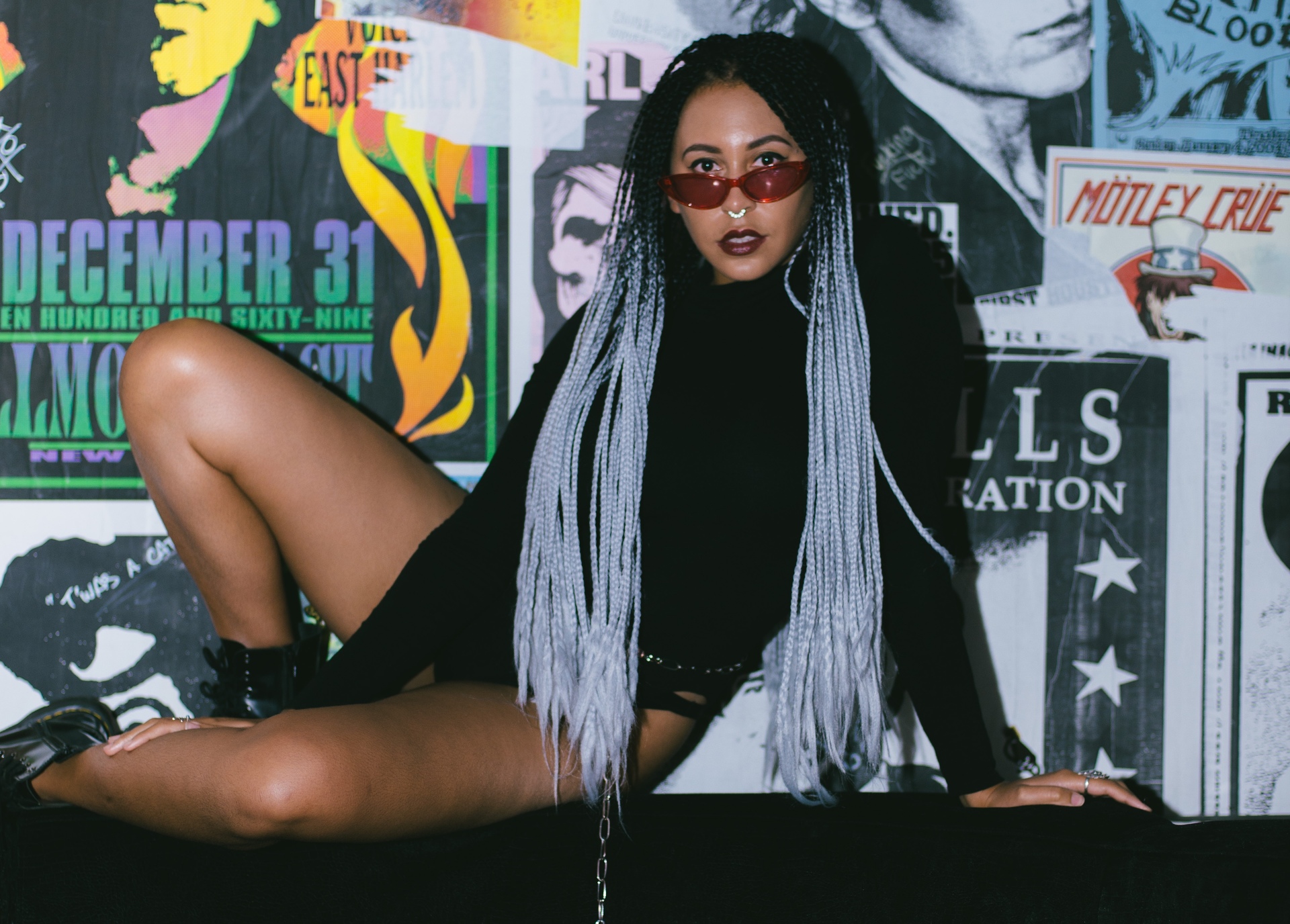 Your music is also incredibly vocal-heavy. Where do you think the human voice is in pop music today?

The more I'm recording and learning about the ways people process their voices in mainstream pop, the more I realise that it depends on the artist. I enjoy a good Auto-Tuned rapper, and if the effects serve a purpose, it can sound awesome. But when I do vocal takes, I can tell if the person who's comping them has messed with or "perfected" them and I'll ask them to take the edits off because it feels a bit disingenuous to me.

Pop music has become quite perfected. I don't listen to a lot of mainstream pop music but when I do, it does make me think how much of it is "real". Would those singers sound like that if they were sitting beside me, right now? At the end of the day, if that's what their audience wants and they're happy to oblige, that's fine. But that's not what I want to do.

Congrats on the lovely 'Bloom'. Why was it important to get its message out at this moment in time?

The message is important because things like this aren't said candidly enough, especially in Australia and specifically in Perth. I had never heard anyone say the things I said on 'Bloom'. It's the one song where people connect to me the most and the one I have the most beautiful interactions from when I perform it live. I have women of colour come up to me and talk to me about it and say, "I know how that feels. I've experienced that. Thank you for putting it out into the world".

The Nina Simone sample at the start of the song is also an especially powerful touch.

Thank you. That was from an interview I watched her do about how she felt about being a black woman and what she was trying to do for black people when she was alive. It just inspired me to write the song. Because I live in a little creative bubble filled with progressive people, I don't really experience that side of it, the discrimination and so on. In my bubble, women, people of colour and members of the LGBTQ community are encouraged to tell their stories. I had actually written the song two years ago and it was me talking me about my life, with no intention of it making it political – but it became that way. 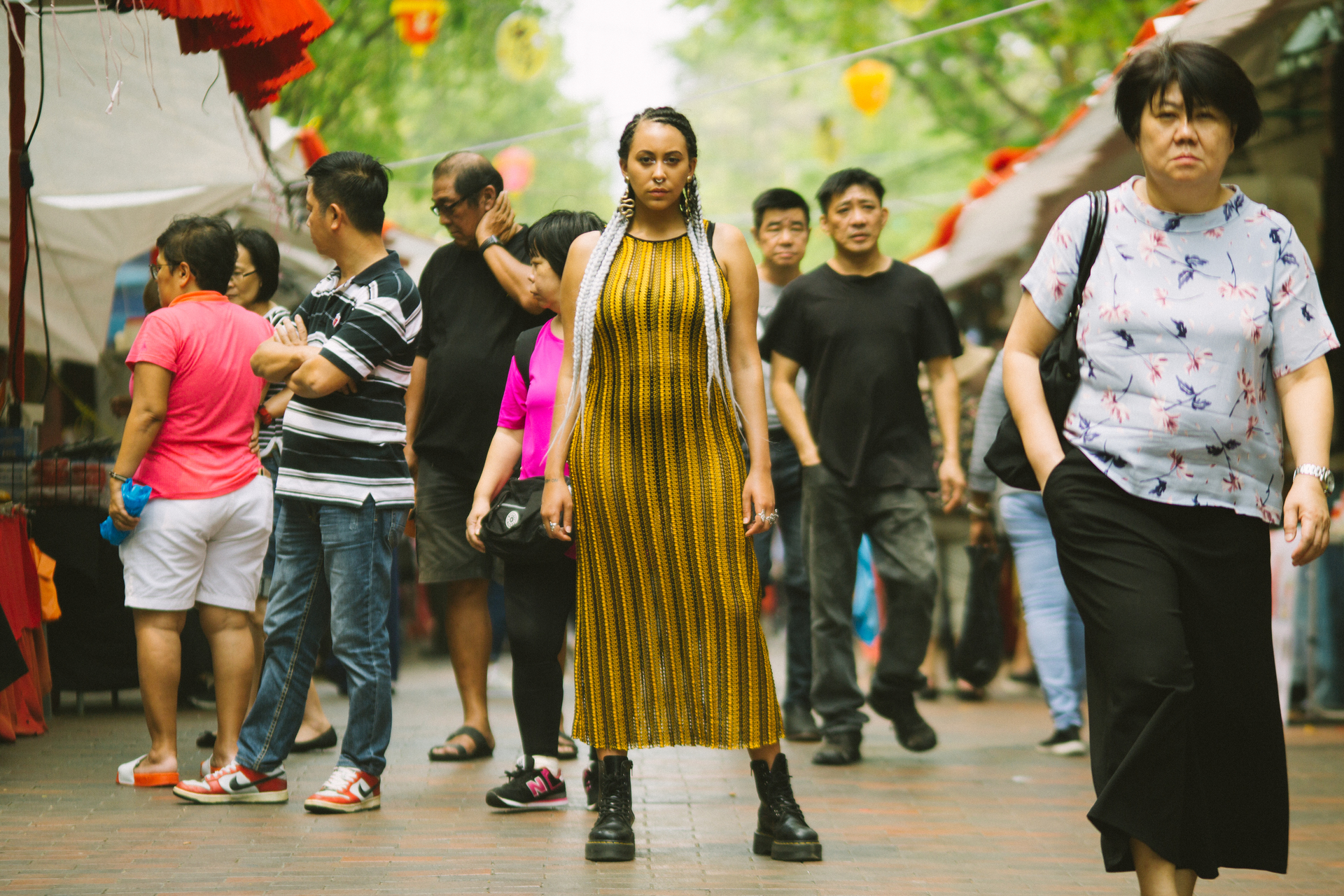 At a time when the streaming economy has made the landscape ruthlessly competitive for musicians, what would say is the risk of releasing music that takes a stand that may challenge someone's worldview?

Well, the first challenge you're presented with is that the people who can help you get it out to more people telling you something like, "Oh, sorry. This is too political for us". That's a serious issue. Which is why it's really cool when you find little pathways where people want to put this message out.  But I think you have to work a lot harder to find lots and lots of these little pathways rather than that one big one, where the people might not be as interested in stirring the pot.

I didn't feel that releasing 'Bloom' was a challenge, though. It was driving itself and something I really, really wanted to do.

Would you say that, above all, 'Bloom' is a song about hope?

Yes. Absolutely. It's about perseverance. Women, especially women of colour have survived through a lot historically. We still do. That's why the hope lives on – it will never die. It is a hopeful song. I wanted it to have a positive rounding off: No matter what happens to us, we'll always find a way to bloom.

If a song is about something larger than itself and if it's going to impact lives, what does it needs to have?

Firstly, it has to be genuine. You can't be jumping on the bandwagon or writing about something you haven't experienced. People will sniff it out, straight away. If you're feeling tentative about putting it out, sharing it with people you really respect and whose opinion you trust, can be helpful. Getting feedback from people in marginalised groups is great, too. That makes sure you don't compromise the integrity of your message.

Lastly, in an Instagram post, you mentioned that all the songs you have out were from the last one or two years ago and that you've got new music coming. In the music to come, what side of yourself are you showing to the world?

I'm allowing my ego to come out more in my music – it'll take on a persona. This new music will be me exploring that. Every few months, I learn more and more about production and I keep getting better at it. So the production will be different, too. It will get more soulful; there'll be more harmonies. I'm doing some research into old blues and soul singers and it's really affecting the way I want to create, voice-wise.

There'll more singles before an EP, next year.