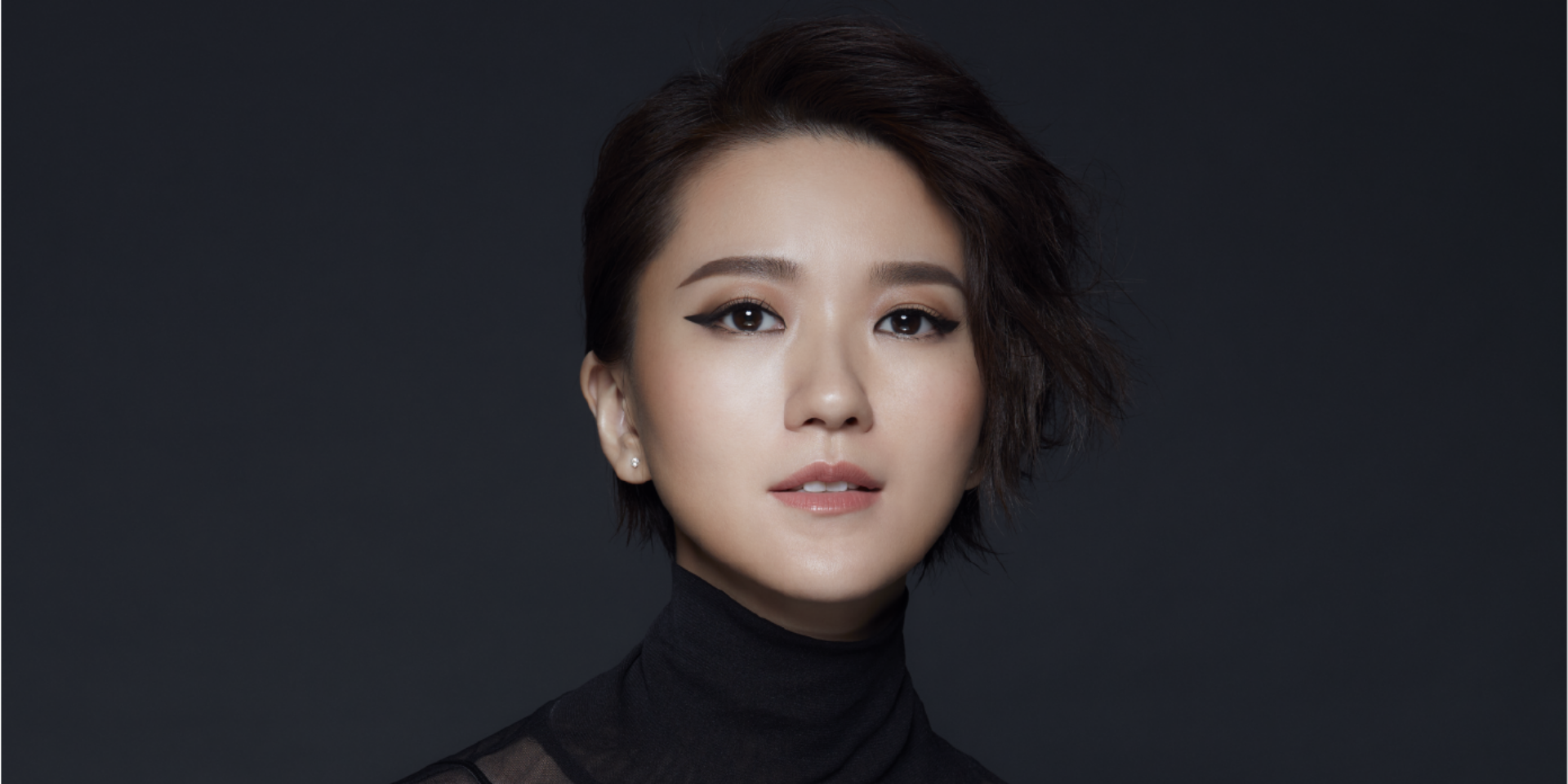 2019 has been a significant year for Joi Chua.

As one of the earlier Mandopop singers in Singapore, who debuted in the same period as other well-known names such as JJ Lin, Stephanie Sun and Tanya Chua, the chanteuse will ring in her 20th year in the music industry.

Next month, she will be holding her first, large-scale concert in Singapore, JOI CHUA <FLOW> CONCERT IN SINGAPORE, which promises to fuse the diverse dimensions of her artistic world in a musical convergence. As the creative director of the concert, she will use the motif of water as a metaphor for energy and possibilities, as well as to convey her journey and personality through the fluidity of water.

Following the media reception for FLOW, we sat down with Joi Chua who spoke to us about the trajectory of her artistry and the principles she continues to hold close to her heart.

Congrats on your upcoming first-ever concert in Singapore, FLOW. Can you share with us how you're feeling and a bit more on your concert preparation process?

I'm pretty excited because it's my first large-scale ticketed concert in Singapore. The preparation has been ongoing since the beginning of the year, actually, but the true preparation will be during these two months.

Let's talk about your music. Your latest self-composed and self-produced album I am Me presents a new image and sound that is more congruent with who you are. Is that right?

Well, by saying that, it's like denying what I had been in the past, which is not true as well. That was also me. But I think at different parts of your life, you progress and mature. Naturally, at that stage in my life, I just wanted to represent what I felt was the most representative of myself at that time. I am Me is showing that I'm a modern woman – I have my own business, I'm doing my own music, I compose, I do this, I do that. I think it’s not so much of intentionally trying to tell people, "Look! This is who I am! The past is the past!". I don't deny my past. I'm happy with who I was, but I think I have more roles to play now and I hope to portray that.

Can you share more about the headspace you were in when you wrote the album and the messages you were trying to convey?

A lot of women probably feel restricted by the roles they have to be in and the things they have to do. If they have children, they'll be bounded by– not that it's a bad thing, but a lot of times, they don't feel like they can be themselves. They lack the courage or the energy. The message is: No matter how many roles you're playing, you should always try and find that energy within yourself and do something you think is worthwhile. I think that is extremely important for women. There's the saying: Happy wife, happy life. I think if you're a happy woman, you will naturally have a happier life. I just hope the messages and the music can encourage modern women to be more of themselves, even though they have so many roles and responsibilities.

This album sounds edgier compared to the previous sound you were putting out. Personally, which do you prefer?

I think both are nice. For a concert, different kinds of sounds at different parts of it will be nice. Just like in life, right? When you're happy, you want to listen to something more groovy and upbeat. When you're sad, you probably want to listen to ballads and forgo all the heavy beats. I think it depends on which point in life you're in. To me, I don't draw a line segregating what I prefer more.

Congrats on 20 years in the music scene. Can you share what first inspired you to embark on your music career and what keeps you going over so many years?

I was "spotted" – I mean, I went for the audition at Ocean Butterflies more than 20 years ago and I was spotted as a potential record album artist. When I graduated, I signed on to become an artist. It was really tough in the beginning; I was always thinking about how to break through and how to get people to notice me.

But into my fifth or sixth year of my singing career, what really mattered to me was my fans. At the beginning, nobody is really listening to you. After a while, they start to listen and feedback what your songs mean to them. That's when you realise the true value of being a singer. Before that, you just think, "I'm an artist. I'm a celebrity”. But it actually didn’t mean much. The meaning comes when people give you feedback and when your fans tell you how much your songs mean to them or when they feel encouraged and inspired after they listen to your music when they feel down. That is truly meaningful and of true value to me. I think this simple thing kept me going for many, many years until now.

As one of the earlier Mandopop singers in Singapore, what are your thoughts on the music scene here and how do you think it has changed over the recent decades?

's very different from how it was in the past. In the past, we were all packaged and you needed to follow something. I don't think that was a bad thing, because it's a little bit like an actor, right? You're forced into a role and you have to act out that role. In that sense, you also get to experience something very different and see different things not necessarily from your perspective. I think artists nowadays tend to see things very much from their own perspectives. In some cases, I think it's good, but if you're a singer or celebrity, you have to think about who you are serving. That's very important. If you're serving yourself, then it's fine to be yourself. But if you know your songs will reach other people and you're serving someone out there, maybe it's not about you anymore.

As of now, are you listening to anyone outside of Mandopop?

You listen to these old singers, and then you look at the singers today, and you think, "Eh, but they were cooler." Okay, they're cool in different ways. Nowadays, artists today are very good at expressing and marketing themselves. I listen to a lot of modern music as well nowadays, but I'm always looking out for that something different. I enjoy the commercial ones, but I also want to look out for something that's a little bit non-commercial and more personal. 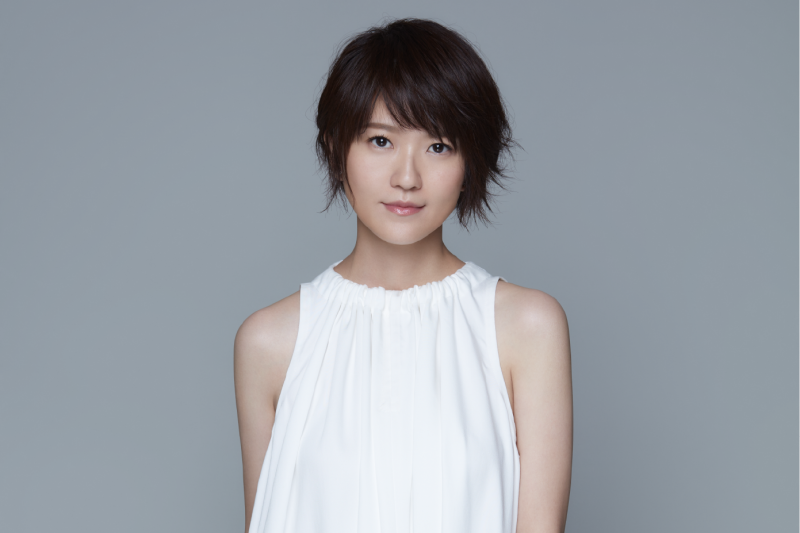 What's that one special thing you look out for in the music you listen to?

Actually, it's hard to describe; it's just a feeling. All you need from a song is when you feel that the message speaks to you. Nowadays, sometimes, I feel that music is a little more complicated – too complicated. The music is packed with many different things, and the melodies and messages are not memorable. It's harder to sing along and remember.

Again, it's a different era. People, nowadays, focus on individuality and that's what they're looking for in music as well. That's fine. But again, sometimes, things are cyclical. People will start to write simple songs again, I hope. Simpler songs.

The year is coming to an end. What are some of your upcoming plans for the rest of the year and the start of next year?

For now, we're not left with many months, so it's just the concert. But it’s actually a very busy period for me now, because I have an optometric practice as well and we just relocated, so we're planning to open the new shop this month. Things have been a little crazy, but it's happening. I'll be busy with both of these things, and after that, we'll see how the next year goes. I hope to focus more on live performances and more composition as well.

You're involved in many different roles in your life, right now. What do you think is a true calling in life for you, if you believe there's such a thing at all?

If there's only one thing, I believe it's about serving people, really. I think that is the one true calling. I realised that when I do things only for myself, I am always miserable. But if you do things for people, you add value to their lives and that is wonderful and of true value. That is what I hope to do, whether as an optometrist or as a singer. I don't see too much difference in them, although technically they are very different, but to me, it's all the same.