Singer-songwriter Julie Byrne kicked off 2017 with the pastoral and meditative Not Even Happiness, and now she's bringing the album over to our shores.

Byrne will be embarking upon an Asia tour that will cover Singapore, Kuala Lumpur, Bangkok, Macau, Shanghai and Beijing. Singapore's show is set to happen on February 9th at Decline, with tickets already on sale at S$20 (excluding booking fee) through Ticketflap. Door tickets are at S$30.

The artist released Not Even Happiness in January this year, ranking high on 2017 Best Of lists by Pitchfork, Uncut and Stereogum. The tour will feature a setlist of songs from the album and her debut release, Rooms With Walls And Windows. 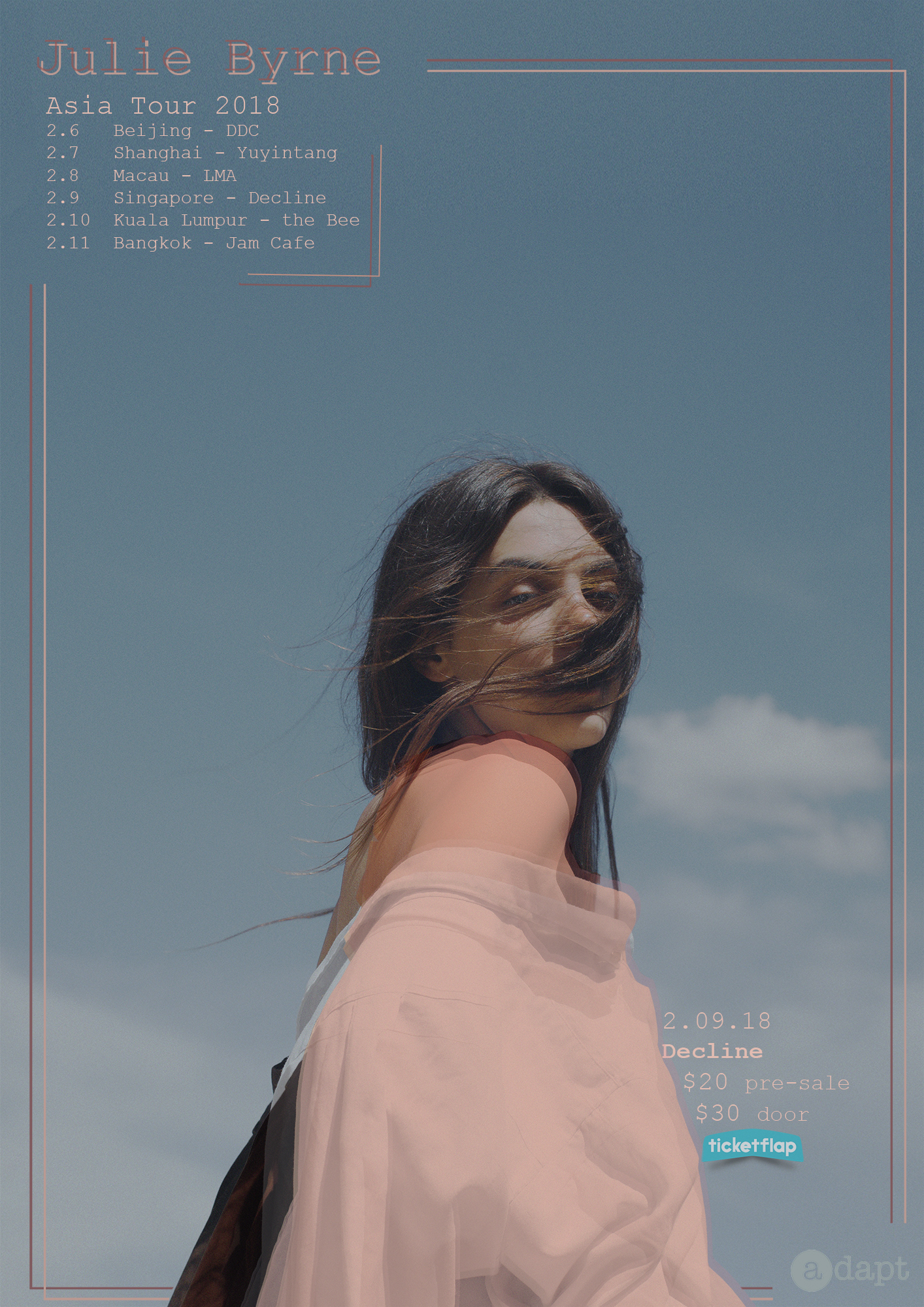