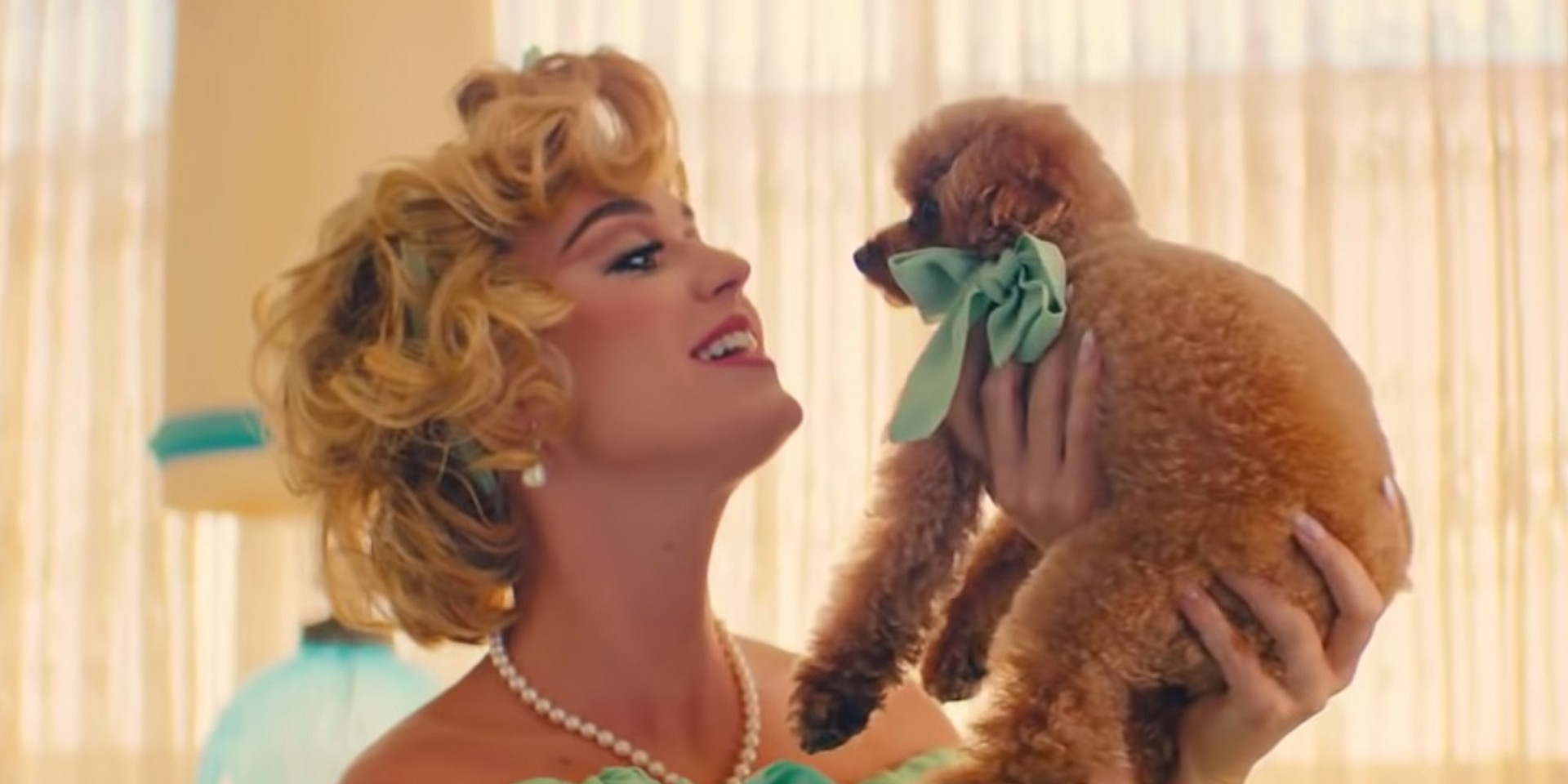 Katy Perry has shared new visuals for her latest single, 'Small Talk', on Friday, 30 August. The single, originally released on 9 August, has garnered over 25 million plays on Spotify, and now there's an adorable new video in tow.

The new music video sees Katy Perry living her best life with her puppy Nugget. The pair does everything together – working out, dressing up, and generally spending every waking moment by each other's sides. Katy and Nugget join a dog contest, the "Mutt Ball", where the former meets a dashing gentleman. The video ends with Katy, Nugget, the unnamed lover and his canine partner on a couch watching TV together.

This follows the release of the enchanting music video for Katy's 'Never Really Over'.

Check out the new music video for Katy Perry's 'Small Talk' below.