Words by Delfina Utomo
Photography by Dominic Phua, Running Into The Sun

Growing up in a tight-knit, mostly loud, mostly Indonesian, mostly musically inclined family where my blood type came with a side of cheese, we were not exempted from the musical stylings of Tom Jones, Cliff Richard, Michael Bolton, New Wave music, Debbie Gibson and Air Supply, especially Air Supply. Being born in the late 80s would mean my earliest coherent memory should have formed only in the 90s but even then, when asked who my favourite singer was in grade school, I’d answer “Tom Jones or Elton John.” Even now, I’d stand by that Tom Jones is still one of the best singers around.

You cannot really say that ‘retro music’, ‘New Wave’, and ‘80s music’ are making a comeback because in actuality, it never really left. Take for example, Mambo Nights at Zouk that has made Rick Astley somewhat a legend here. Suddenly Belinda Carlisle, Timmy Thomas and Bananarama are not only familiar to the Gold 90.5-listening crowd but also appreciated by the Zouk-clubbing, JC-going, or not-our-parents demographic.

If tickets to Retrolicious selling out two weeks before the event is not enough proof, then the crowd that rocked up to Fort Canning last Saturday is testament to the popularity of yesteryear music. As I made my way up the brick steps to find some elevated ground, I saw supervised children, people my age, people older than me, corporate looking people trying to dress down and glow sticks for sale at the entrance. No irony, no pretentiousness, sobriety intact – well at least in the beginning.

For only four acts up that night, Fort Canning was well occupied. Who are they? Here’s a cheat sheet. 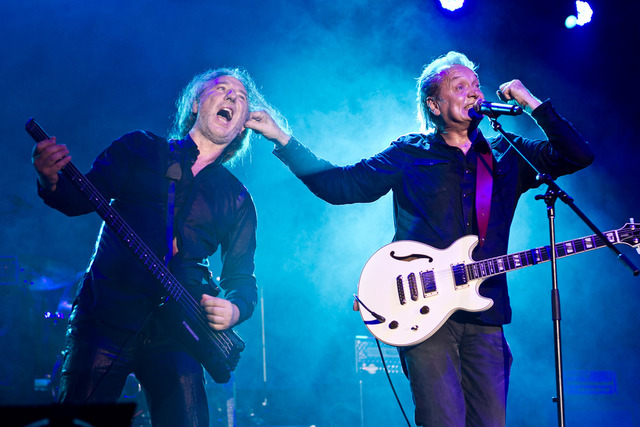 Meaning ‘Yellow Bell’ in Chinese and also the first note in the Chinese classical music scale, all of these have nothing to do with the band. Formed in 1980, their brand of New Wave music is still relevant and kept refreshed by its usage in pop culture – ‘Space Junk’ was featured in the pilot episode of The Walking Dead. As the opening act, they took their job seriously in rousing the crowd. ‘Let’s Go!’, ‘Everybody Have Fun Tonight’ and ‘Dancehall Days’ may be the titles of their songs but it also served as an instruction manual for the crowd. And it worked. 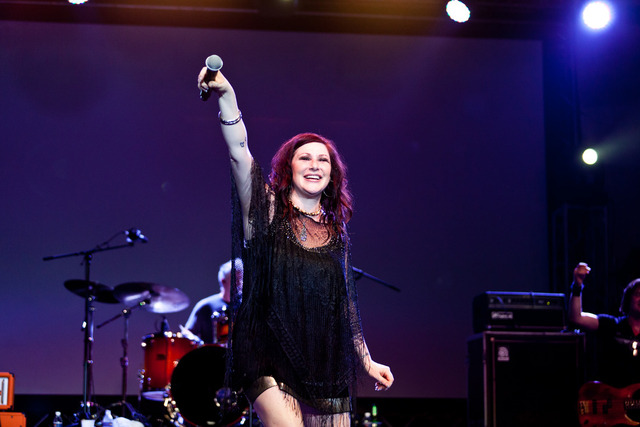 When I was younger, my mother explained Tiffany to me as such: “She was the Christina Aguilera of my time. Debbie Gibson was the Britney. Tiffany’s Christina because she has a better voice.” Firstly, sorry Debbie Gibson if you happen to read this and secondly, man, can Tiffany sing. A former child star and mall singer, hers was easily my favourite set, a mix of proper 80s pop music, ballads that had arms swaying in solidarity and a few surprise covers as well. Bonus: There was birthday cake and a singalong to celebrate her 41st birthday. That’s 41 years young, judging from her showmanship and performance onstage. While singing along to ‘If Love Is Blind’, I noticed the rat-tail on the man in front of me. This was my ‘Welcome To The 80s’ moment of the night. 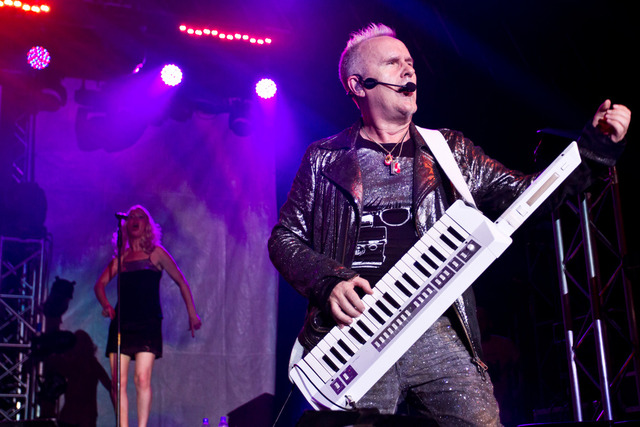 You might know him as English New Wave, synthpop musician but my favourite Howard Jones trivia tidbit is that he re-recorded one of his hits ‘Things Will Only Get Better’ in Simlish – the fictional language that uh, The Sims speak in. Amazing. Or nuts, that’s up to you. His was the most elaborate stage set up of the night, three mini stages and a keyboard centre stage, I was still fazed when Howard Jones came out in a shiny jacket. Maybe it was also probably the magnanimous crowd reception. From where I was standing I heard: “I will show you my daughter later!” by a man who would later fall sleep throughout the final set. Post set, during the crowd icebreakers by the hosts, people were still singing the whoa oh oh bit of ‘Things Will Only Get Better’ and shouting “Howard Jones is the best!” 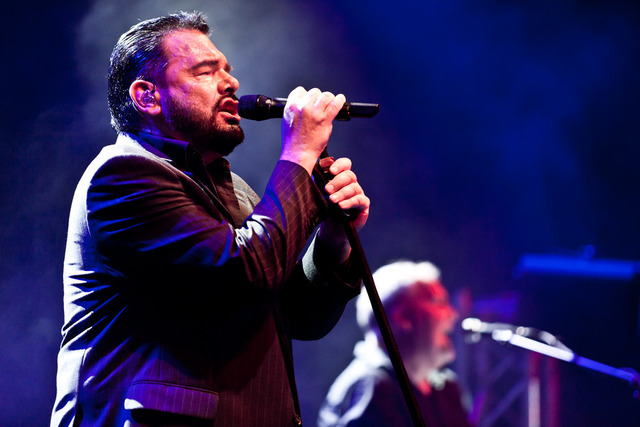 It’s easy to introduce this band. They gained popularity in the 80s, they are from Germany and they have that one huge, huge hit, ‘Forever Young’ as heard on… well, a lot of TV shows and films. Ah, despite shamefully only familiar with that one song, I had to admit that Alphaville are great performers. Flashy lights, great attire, that multi-octave tenor and dancey synthpop ballads, it made me nostalgic for the 80s that I never got to experience. 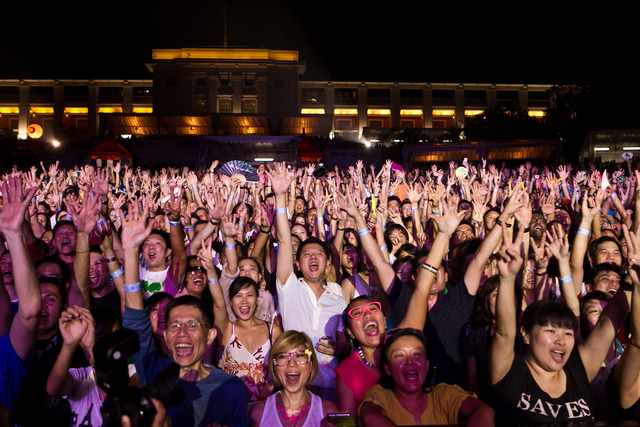 That sappy nostalgic feeling was slightly alleviated by the video segment in between the sets where they paid tribute to supermodels, artistes and even Singapore during the era. Until that evening at Fort Canning, I’d done as well as anyone my age, suppress my penchant for campy music and my fondness for ballads (both sappy and power types) but now I don’t Think I’m Alone Now. All in favour of gigs honouring the glorious music of yesterday? Definitely.