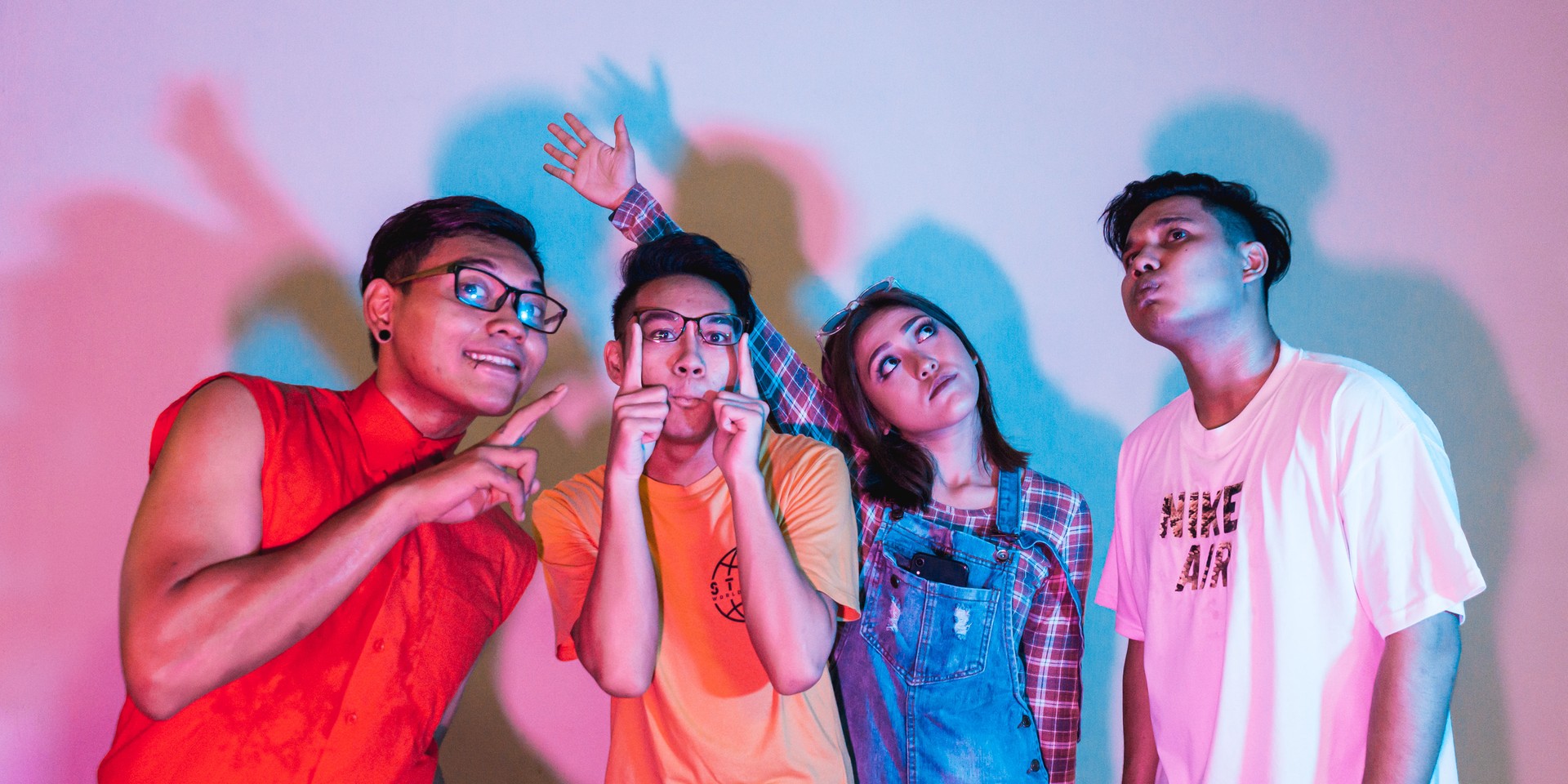 Beauty and devastation are opposing poles whose collective magnitude is amplified considerably in union. In music that goes for the emotional jugular, this manifests with a poignant power. On ‘Four Walls’, the most recent single by Singaporean quartet Keisey, the band shows that it has arrived at that mantle.

For the past two years, the band has been a mainstay in the pop punk circuit, standing at the intersection where pop’s saccharine essence meets a palatable measure of bite and edge. Now, on the cusp of new music and a Southeast Asia tour, the band is poised to make some big moves.

In the interview below, frontwoman Alex, guitarist Ian and bassist Faiz, share more about how they found their sound and what they intend on doing with it.

Tell the people more about Keisey.

Alex: We're an alternative pop punk band that started in 2017. We had our EP launch the next year, and in that same year, we went to Kuala Lumpur for our first overseas show. Last year, we went to Japan. We're trying to do this thing where we go on a different tour every December. This December will be our Southeast Asia tour, including dates in Jakarta, Manila and KL.

Ian: I play the lead guitar. My leads are mainly inspired by the Japanese pop punk style, which includes bands such as Second Wall, The Winking Owl.

How do you go about securing all these shows?

Alex: For Japan, it was much easier. Ian and the other rhythm guitarist went to Japan first and met a few people. We happened to find someone who was able to be a tour manager for us in Japan and who got us about five shows there.

For an indie band without a label push, why is it important for you to do everything on your own?

Alex: Because we're independent, we need the help of friends, people we know, and basically, people who believe in our music. I know a lot of bands who were independent and got signed, but afterwards, mentioned it's actually better to be independent. When you're signed, everything is controlled – your music, your release and image.

We're trying out this route where we stay independent for as long as possible until we don't have anything else to do or don't know what to do, then, we can decide whether we want to get signed. 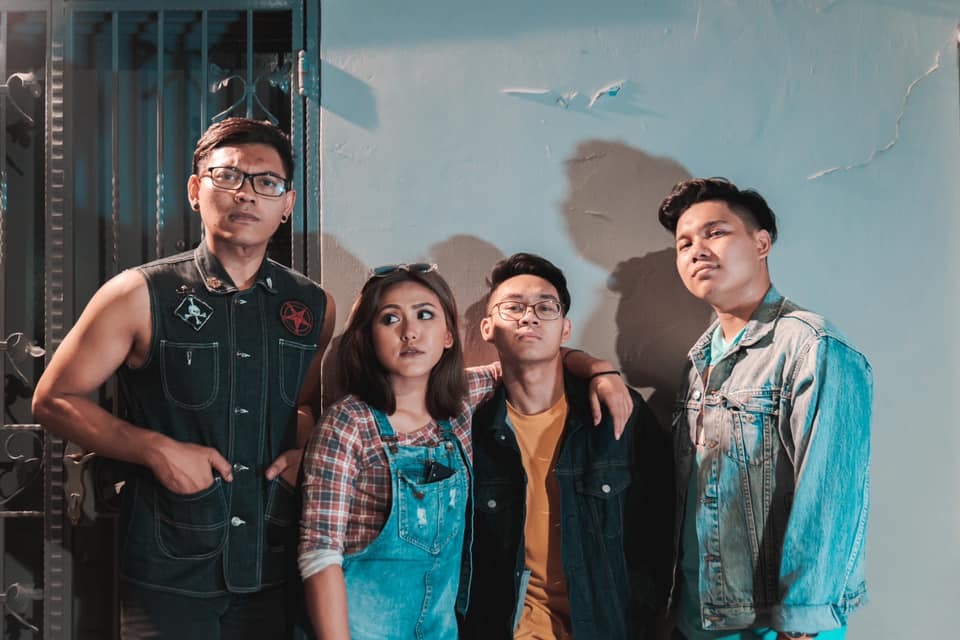 How has your journey as a band been?

Ian: I can use all my guitar knowledge and skills in this band. In my previous bands, they just focus on certain parts. I have more freedom here. We actually didn't know each other at the start, but now, it's totally different. It's more family-like than just friends jamming together.

Alex: Before Keisey, I was from another band, Oh! Wreck, but that didn't work out. Before joining Keisey, I had decided to quit music, because it was very expensive and I didn't have the time or people with the same vision as me. After joining Keisey, during our fourth or fifth session together, we already had an original. And the songs kept coming. I realised this band has potential. That was also when Faiz, from someone who didn't play any instruments at all, became someone who could teach someone else. He was at a level where he knew what he was doing and how to get there very fast. I actually salute him a lot.

Faiz: I didn't use to play bass before Airul contacted me to join this band. Previously, I wasn't playing any instruments. I learnt how to play the bass when I joined the band. Until now, I'm still learning. For the first three months, someone thought I hated her.

Alex: He's a very shy guy! I genuinely thought he didn't like me because he didn't talk to me for the first three months – not even hi, bye, or even a handshake. But now, I know he's just really shy.

The journey with this band is never-ending; we're learning at every turn. I've never been in a band where I've trusted 100% with my goals and views. For the first time ever, as cringey as it sounds, we actually have the same goals.

And what are those goals?

Alex: To be a touring band. What I've realised from local bands is a lot of them don't travel a lot. Our main goal is to go to at least one country every year for exposure.

What's it like to be an underground Singaporean band now?

Alex: To be honest, it's kind of sad. I was first exposed to the scene about five, six years ago. It was really happening. Everybody was friends and family with each other. Now, every show you go to, you see different faces – which is good, but everybody just seems very unfriendly. Even if you do approach them, they give off this vibe, sort of like, "Don't talk to me". It's not as friendly, in comparison.

In terms of the musicians, and if we're talking about bands like Knightingale and I, Devotion, people from the scene five, six years ago, they're still friendly, because we've been friends for a long time. But, newer bands tend to be a bit more competitive, which is sad. They can be like, "If we've played a certain show, we deserve a certain amount. If you guys are not at our calibre, we don't want to talk to you". It's not as welcoming as before. Now, when I play a show, I feel like people are judging more than they are taking the music in.

However, I think the most encouraging thing is people coming up to us and telling us – for example, 'Sinking Ship', our most popular song – that they can relate to our music, which is very surprising, because I wrote it based on how I felt. To have somebody tell me the song made them feel better after an anxiety attack made me think, "Oh that's kinda cool".

Do you think pop punk is a dead genre?

Ian: First off, we are alternative pop punk. This means we try to mix pop punk with other genres. It's a bit different from pop punk, but I also don't think pop punk is dead. I've seen quite a lot of local bands playing pop punk. But, there's also nothing wrong in playing a dead genre. Maybe, if we play it, it might come back.

But, honestly, the reason why we still play alternative pop punk is because we're not making music to sell. We're making music to get our story out there. It doesn't matter if 10 000 people, 100 or just 10 people listen to our music. It makes our day as long as one person listens to it. We write music because we want to, not to sell.

What is alternative pop punk?

Ian: That's a good question; I've never asked myself that. We're different because of the Japanese influence – the Japanese lead parts and chord progressions.

Alex: At first, we wanted to be just pop punk – to write simple pop punk riffs, hit the notes. We started to realise after awhile that I can't do the pop punk voice, which is too gritty for my voice. I can't do a Neck Deep voice. I might be able to do a Tonight Alive, but that's not entirely pop punk; they're alternative. Maybe we just fall in between the lines of pop punk and little bit of rock. We put the alternative as a safe barrier, just in case we're not too pop punk. We don't know what we are, but alternative pop punk sounds nice.

'Four Walls' is a good indication of your sound. What was the vision for it?

Alex: I actually wrote 'Four Walls' when I was 16. When you're at that age, you're an angry teenager going through a lot of things. Then, I wrote it for my old band, Oh! Wreck, but they rejected it because it was too angsty and too heavy. So, I threw it into this band because, why not?

That song, compared to Get a Look at Your Life, has a lot more production. Was that a conscious choice?

Ian: When we made Get a Look at Your Life, we weren't really sure of our sound. But when it came to 'Four Walls', we had no doubts about the direction.

Alex: The songs for the EP were written when we just started out. We didn't know what we wanted to sound like; we just wrote it. After we came back from KL, we started writing new songs. That was when we realised we can actually be much heavier, and we would sound so much better as a heavier band.

Am I right to say that this song is a preview for what's to come next?

Alex: Yes! We're moving towards a direction that is more instrumental and heavier, and there'll be a lot of technicality that you don't expect from Keisey. If you listen to the EP, it's more straightforward, concise and clean. The newer songs will be dirtier, heavier, with reverb. It leans more towards pop punk instead of just pop. We want to stray away from pop, because that's not who we are. And if you come to any of our shows, that's not how we play; we play it much heavier and with more angst. We don't want to be one of those bands that produces an album that is very clean, but when we play it live, it's not as pop-y.

Are you still in the space which 'Four Walls' described?

Alex: Honestly, I'm 23 now, and I still feel like I'm in my four walls, but it's very different from my 16-year-old  self's four walls. When I wrote it, I was going through O-Level. Now, as a 23-year-old, I'm going through a whole different set of four walls, which is adulthood, and that's actually much scarier.

At the end of the day, although you have friends and family, you're still alone. These four walls are strong for me, because, at night, that's the only thing you see. 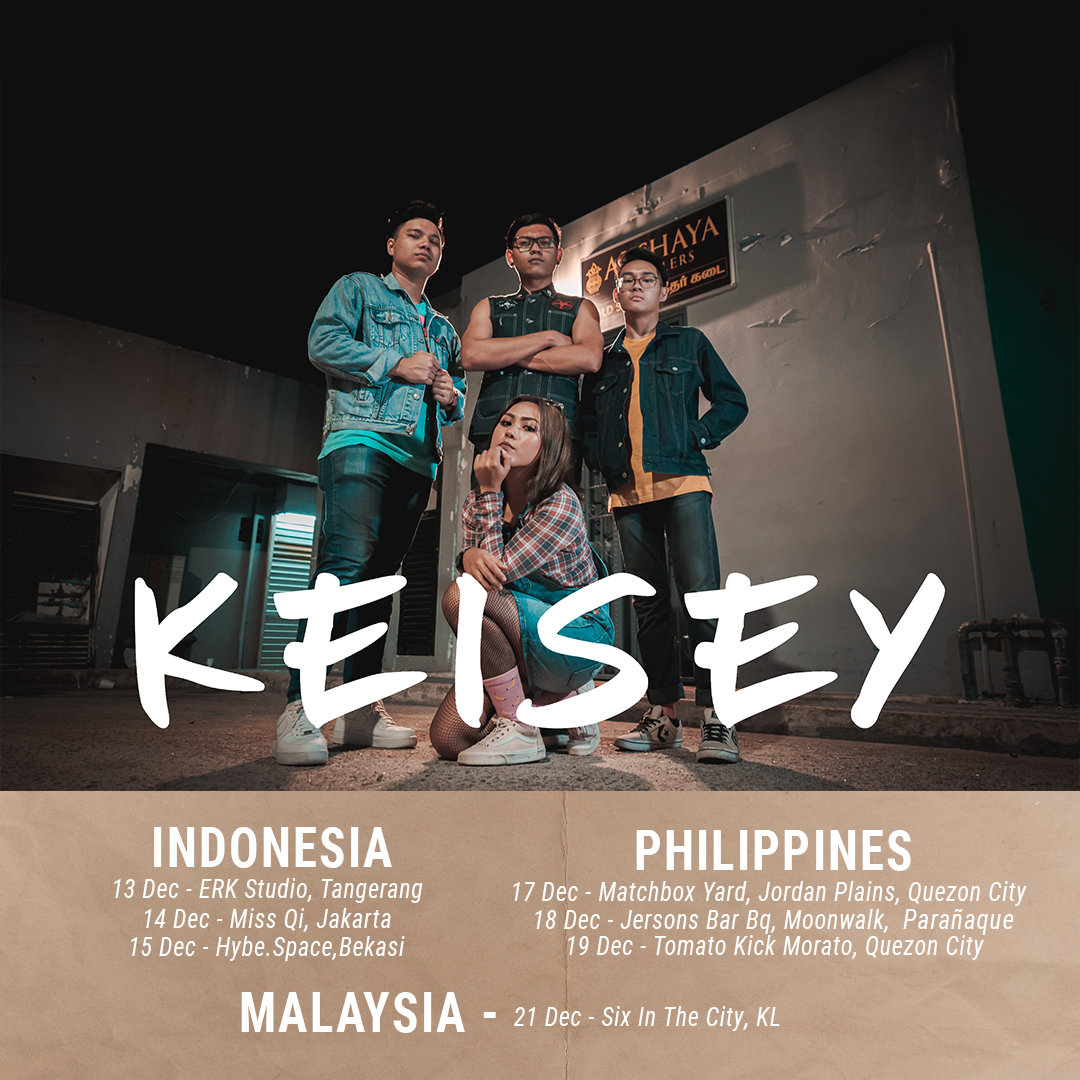