The multi-genre recording artist has blessed our Singapore shores before at Laneway Festival 2013, and we've caught her another time (by bus, no less) in Genting for Urbanscapes just last year. Sure, we've had a generous fix of Kimbra but there's still that feeling of disbelieving excitement when we hear that there's a chance to witness her live show again.

With the release of her second album The Golden Echo last year, including epic catchy numbers like '90s Music', 'Miracle' and 'Rescue Him', we can't wait to hear her newer tracks being brought to the stage. Along with the incredible musicianship of herself and her band, it's Kimbra's natural charisma and vibrant energy that makes whatever stage she conquers come alive – not to mention her dazzling performance costumes that only she could pull off.

Kimbra will be coming down to Singapore on August 12, so you may not have a lot of time to decide. But following from our experience, there's no way you should miss out. Ticket details out soon and it looks like it'll be held at live venue Boutique in Orchard Plaza. A new home for live music perhaps? 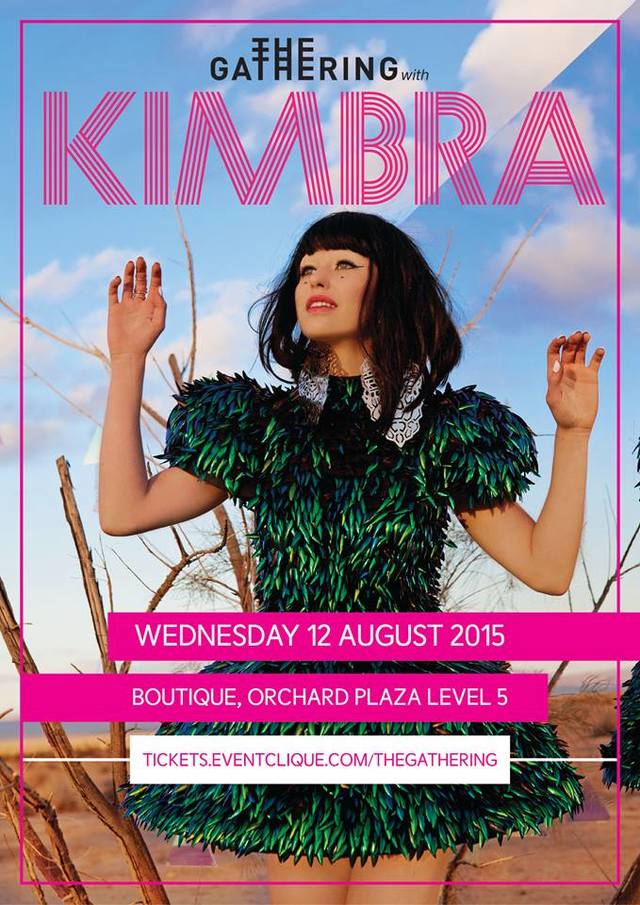