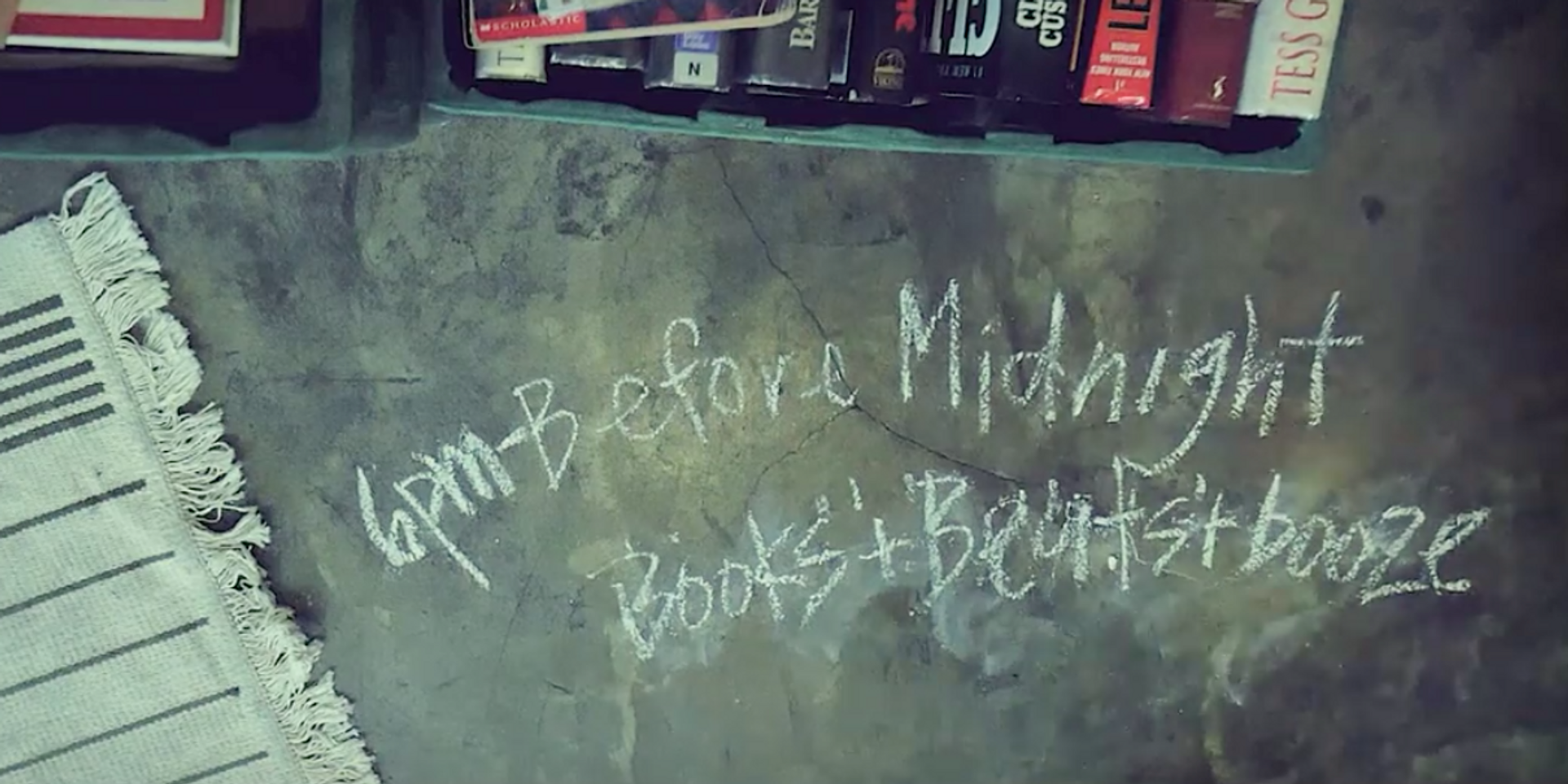 Warehouse Eight and Kwago Book Bar are teaming up once more for a new, close-knit monthly gathering of people who love music, art and literature - Before Midnight.

The first edition of Before Midnight is happening on February 28, 2018 at Kwago Book Bar in Warehouse Eight. 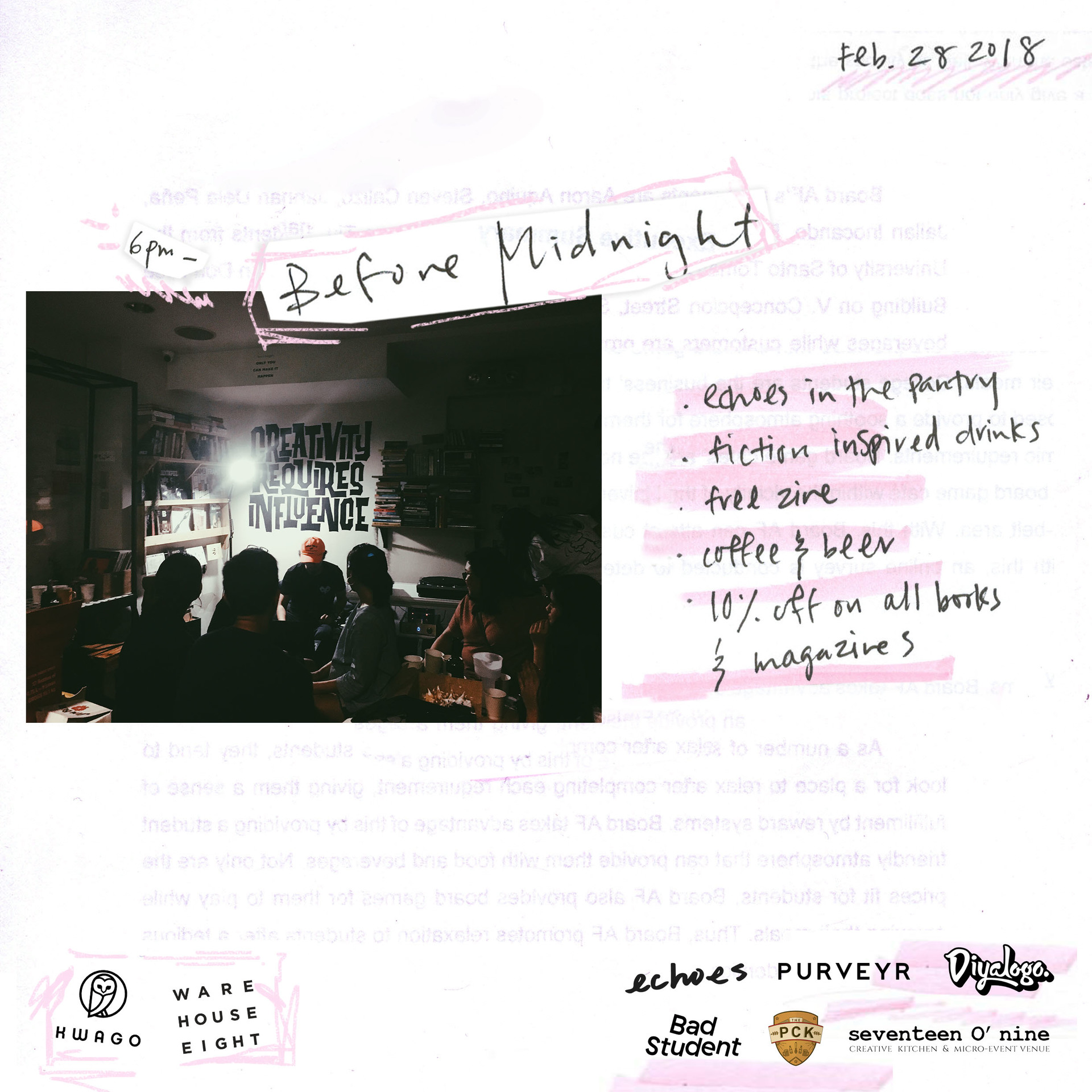 The event will also feature the third run of Echoes, a stripped-down concert where musicians are featured as storytellers and allowed to experiment and show a different side of them.

“What makes Echoes different is that it’s very personal. It’s a no-frills type of gig. You get to be really close to the musicians, see them in a different light. You see musicians as people rather than performers," shares Warehouse Eight co-founder Kayla Dionisio.

Line-up for the night will include Nights of Rizal, Ruru, and Asch.  Kwago and Warehouse Eight teamed up with Purveyr to document the concert and make the gig available online.

Design startup Diyalogo will also launch witty limited edition interactive cards exclusive for the event, while Bad Student partnered with Kwago to produce a risographed zine for the attendees.

“We’ve designed Before Midnight in such a way that it will allow organic and genuine connections among people who love books, beats, and booze. What we’re missing now in gatherings are conversations that deeply affect and influence us. We’re hoping to have more of those,” adds Kwago founder Czyka Tumaliuan.

Food and beer will be served by Warehouse Eight and Kwago’s neighbors Seventeen O’ Nine and Philippine Craft Kings (PCK). Kwago’s fiction-inspired menu is making a comeback as well, featuring cocktails inspired by local and international literature, such as “Dark Hours” by Conchitina Cruz, “Howl” by Allen Ginsberg and “Para Kay B” by Ricky Lee.

500 PHP gets you in at the door. Early bird tickets are available for 350 PHP. All tickets come with a free zine, coffee or beer and 10% discount on all books at Kwago.