Words by Ilyas Sholihyn
Photography by Hoong Wei Long
As I rode my motorbike through the gates and into the parking lot of The Court at Kay Siang Road, I was greeted by a long row of parked Vespas, all beautifully refurbished and gleaming in a variety of colors. Their owners were all hanging out together, all dressed up and looking sharp in the height of mod/ska fashion (all from Fred Perry of course). They looked at me and my bike quizzically as I scoped for a place to park. There were none. The sight of my rickety old Yamaha rx-z would just spoil the reputation of the event anyway. Ashamed, I parked my bike under a tree, far away from there.

Fred Perry is the one clothing label that should be well versed with music. The brand has been closely associated with so many music genres it’s not funny. Quoting from the website:

“Why is Fred Perry involved with music? Because it is the original sportswear to streetwear brand - initially adopted by Mods in 1959 because "They could wear it all night and still look good in the morning" - it has then featured in almost every British youth subculture since. From Mods, Suedeheads, Ska/Two Tone, Punk, New Wave, Casuals/Perry Boys, Britpop, Electronic/Rave and the latest Indie revival - the laurel has been ever present. Passed from generation to generation as an understated timeless classic.”


Fred Perry Subculture was launched in 2005 by the Modfather Paul Weller and brought here in late 2010. Intended from the start to support and promote homegrown talents, bands such as The Pinholes, Tiramisu, Plainsunset and many others have performed in the event, traditionally held in Zouk. 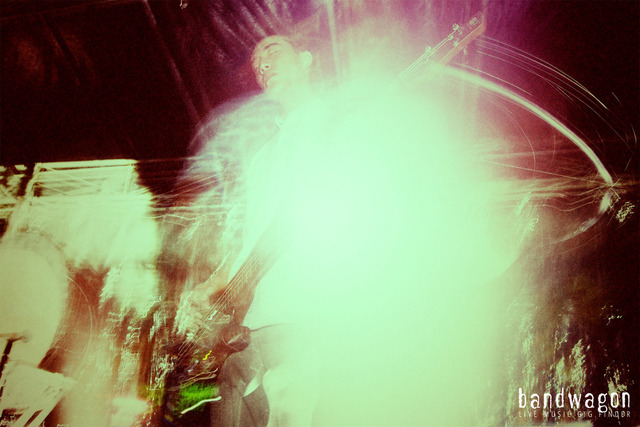 The good people at Fred Perry decided to revamp the identity of the Subculture series, now branded Sub-Sonic Live and for the first time, held outdoors. The venue - an abandoned basketball court off Kay Siang road - was a surprisingly apt location to hold a party. The sight of fluorescent lamps hanging from basketball nets had a certain surreal effect on the dimly lit edges of the court. What was more awesome: The drinks booths that were stationed underneath each net. Drinks were on the house; 42 Below graciously sponsored the cocktails while Heineken provided the beer. T’was a party indeed.

The stage was unconventionally set up. The raised platform was set behind - how should I describe this – a monolith of scaffolding covered in a mesh screen. The purpose was to project live visuals onto the screen while the musicians performed behind it. It posed a minor difficulty for both the bands and audience really; the musicians unable to see and hear clearly while the audience were presented with a physical and symbolic barrier in between them and the performers. But again, this was only a small problem. Sound quality was impeccable and every note and beat of the performances was heard crisply. 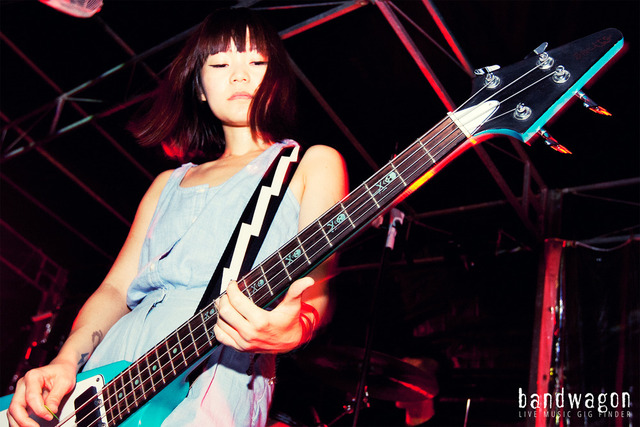 I must say it was really a spectacle to behold – the audience dwarfed by the screen, mesmerized by the hauntingly poignant visuals provided by the talented minds behind Syndicate while The Sets Band, Monster Cat and Astreal provided the audial rapture.

All three bands were absolute wizards in casting solid spellbinding soundscapes. The Sets Band kicked off the live event with their very blues-infused pop music to the mirth their many friends who were in attendance. Monster Cat played a tight set as usual, pleasing fans who’re already familiar with their alt-folk songs while capturing new admirers. Astreal ended the live show with their dreamy shoegaze tunes (perfect music for most of the crowd who were probably buzzing from all the free alcohol) with lead singer/bassist Ginette Chittick encouraging the crowd to stay for a bit after the set to enjoy the DJ set. And so the party carried on, of all places, in an ulu location in the fringes of Queenstown.

The whole Fred Perry Sub-Sonic event was truly a visual and audial spectacle. Looking around the dimly lit basketball court at all the fashionable people laughing, dancing and mingling around to the indie tunes mixed by DJs Aida and Ginette, it just goes to show that a party can be anywhere you want, as long as there’s good music and good people.