Performance artist, Laurie Anderson, best known for her varying degrees of experimental work that revolves around her violin, keyboards and other unorthodox instruments, presented a show that was all-inclusive, but not in a way you'd think.

Situated in the middle of a busy Times Square in New York, Anderson and her collaborators set themselves up for a performance that was meant to attract a different kind of audience: dogs. The band performed a set that was written — and played at a frequency that was suitable — for canines. 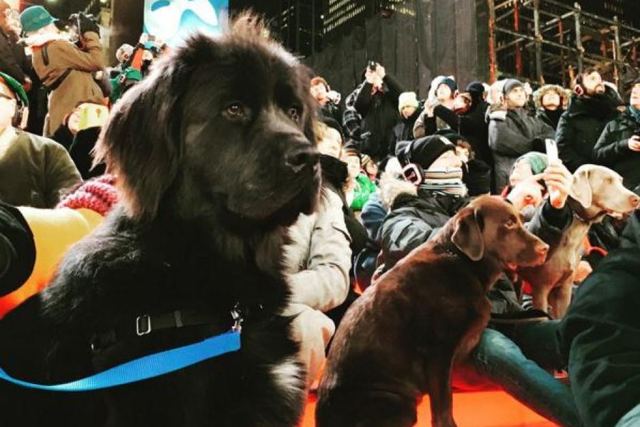 Armed with a DIY instrument, her famous tape bow violin, she led her band into a set that was barely audible, traffic noise aside, unless you wore headphones that amplified the music being played to human hearing levels.

Dogs howling at the #LaurieAnderson concert for dogs in Times Square tonight pic.twitter.com/FQf11mhYTf

The Guardian detailed the reactions on the ground, recounting the variety of dogs whose music-loving owners had been feeding them their own diet of records — one dog is reportedly a psych-rock fan while another was branded by her owner as a "cool jazz afficionado."

“Oh, it was lovely,” Anderson told The Guardian after the show. “There was so many types of dogs, I really hadn’t imagined that many would show up. I was really impressed.” This was not the first time the artist had performed "Music for Dogs", having done a similar performance outside the Sydney Opera House in 2010.

Watch how the concert went at Times Square: