It's hard to ignore the considerable output of Australian artists right now. Empowered by the triple j chart and a seemingly endless wave of local support, across the board there are bands making a big impact in each of their genre scenes — while a select few enjoying overarching success. With the beer-chugging, progressively ageing hard rock crowd still enjoying what's left of AC/DC, younger audiences are getting acquainted with catchy psychedelic rock thanks to Tame Impala and their many local friends. Chet Faker and Flume are making a splash in the electronic music scene while Karnivool have carved a niche for themselves, balancing the line between sharp instrumental skills and blazing metal riffs. Or how about Courtney Barnett, who's grown to become indie rock's darling of 2015? So far, at least.

While Australian artists have managed to recognize the boundaries that genres offer and are wiling to tiptoe outside once in a while, to critical acclaim and aggressive popularity, how about the artists down under that don't recognize them? Or even acknowledge the existence of such boundaries? Kirin J Callinan, while singularly outlandish in presence and style, straddles along the lines dividing different styles of music to present his vision, tied discreetly in one album: Embracism, a record with many admittedly head-scratching ideas that work.

Above all, Embracism must be recognized for its startlingly frenzied character — mainly due to Kirin's singing style that's slightly reminiscent of a Bone Machine-era Tom Waits — and refreshing brevity, clocking in just over 40 minutes. It's no grindcore album but for a record packed with dense meditations over masculinity, violence and the overall ugly state of humanity, it doesn't feel like a drag listening to the album again and again.

Also known for his bold and provocative live shows, we asked Kirin a few questions over email and his personality shines through over text — employing old-timey English contractions in his answers and unfazed the idea that he'll reconsider a stage antic. Here's Kirin, the hungry musician and the fearless artist.

How’s your tour been so far?

'Tas been a top run o' shows, thank you. Been doin' the circuit with Jack Ladder & The Dreamlanders, with whom I play guitar, and it feels like we are at the peak of our powers and still growing, which is very nice. I love this band.

I've also just been performing as part of a David Lynch / Angelo Badalamenti show, In Dreams, 'twas a considerable line-up featuring Cibo Matto, Owen Pallett, Sophia Brous, Mick Harvey, David Coulter and more. An all star cast, I loved doing that too. On top o' that, it feels like my solo shows are deeper than ever. I love touring. I never stop.

Embracism is an eccentric album. There are a lot of stylistic curveballs but you somehow manage to tie all the songs into one coherent record. Do you just go with whatever inspires you musically? As opposed to following the frameworks for most genres.

Sure. My interests aren't genre specific. I believe that an artist worth their weight can navigate any number of "styles" across a body of work, using the strength of their own identity, or "voice" as the consistent, cohesive element. I took this approach to the album.

The concept of an "album" is perhaps of less importance these days, and I want to keep the process and the worlds I inhabit fresh and exciting and full o' mystery — not just for the audience, but for me too. As far as inspiration goes, the least inspiring thing is trying to sound like somebody else, so I don't do it. 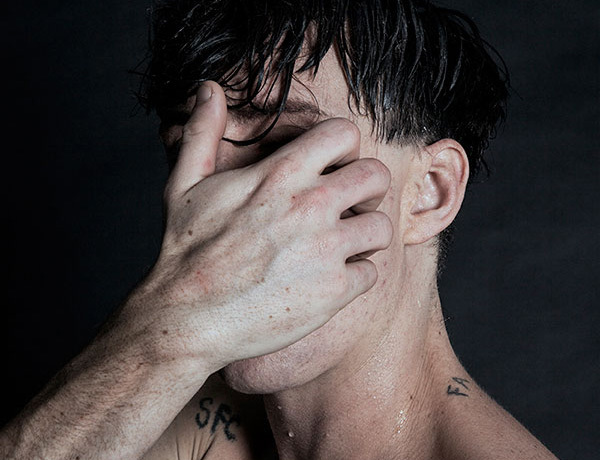 Is there anything about being on the road that assures you that you’re on the right path instead of playing only to a local crowd?

O' course. I want to reach EVERYBODY.

What energises you before a live show?

Do you ever worry if a certain antic by you would be too offensive for the crowd?

I don't see why this would be a concern.

What’s the most extreme reaction from a crowd member during your show?

People are all too willing to be humiliated and to humiliate themselves. Also, females recently ran away — out of the venue, screaming. Please come back.

Any work on a new album?

Absolutely, ’tis close to complete. But I'm in no rush. The new Jack Ladder & The Dreamlanders album Playmates has just come out. I really believe in it and I'm very happy touring and promoting that with my fellow Dreamlanders. As well as, under my solo moniker, continuing to bring the songs of Embracism and other releases to audiences I've not before played too, such as in Singapore (before the new album is released). 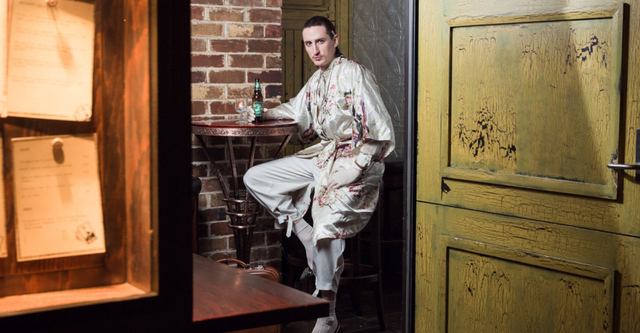 What is it about making music that could bore you?

What can we expect from your first show in Singapore?

Name us an artist that has inspired you.

When I was a teen my father gave me a cassette tape. On one side was Cab Calloway's 'The Hi De Ho Man' and on the other side The Smiths with The Smiths. It got stuck in my player and was all I listened to for some time. This cassette really spoke to me, introduced me, in a deep way, to my feminine side and inspired my gothic leanings too.

It changed me. Everything; the lyrics, the music, the world, the macabre humour. It all really spoke to me in the right way at the right time, given my age and emotions etc. It is for this reason that I list Cab Calloway as my single biggest musical influence. 'Minnie The Moocher', 'Jitter Bug' — I couldn't get enough. Didn't care so much for the other band.