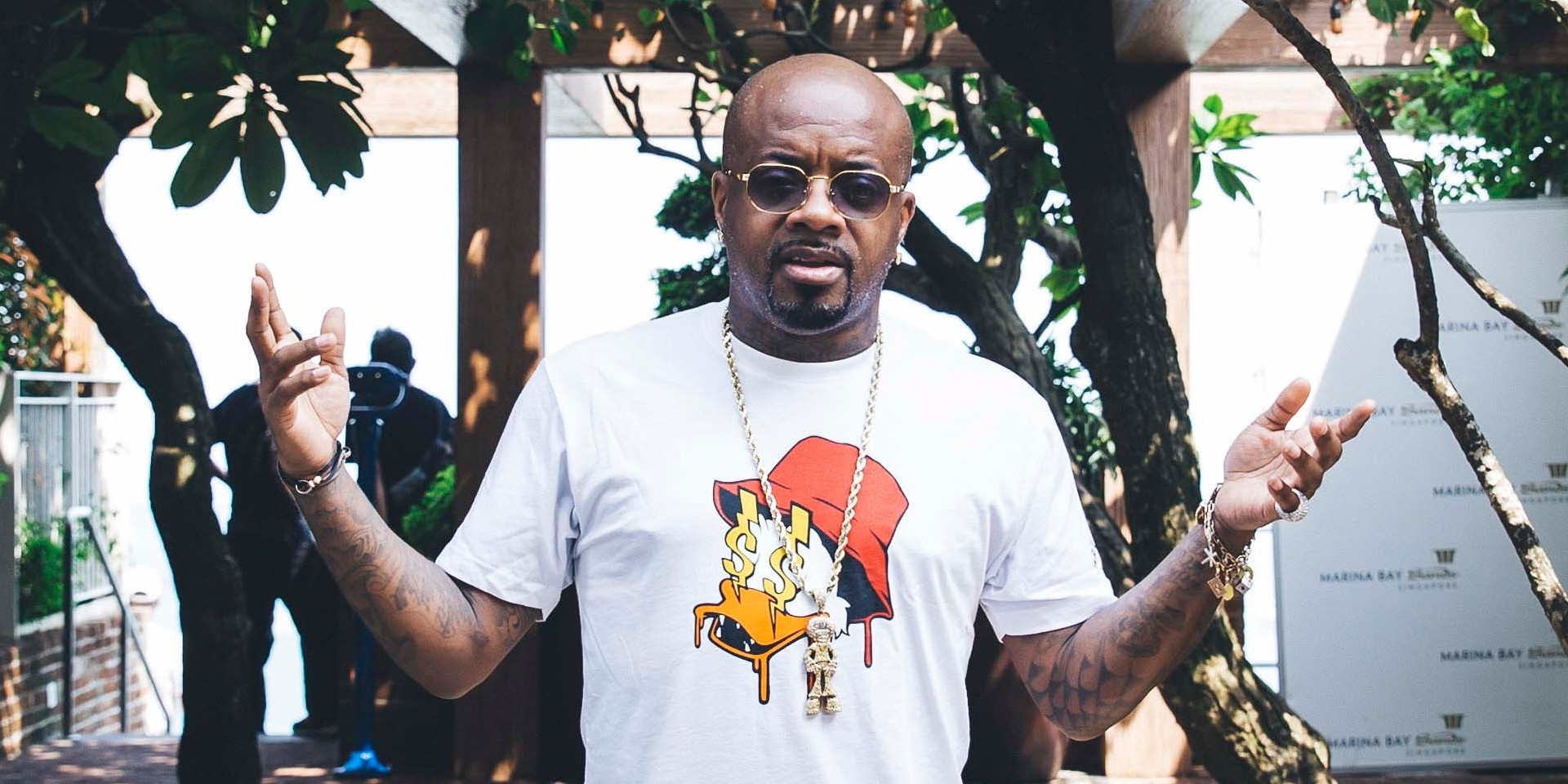 Some kings can plant flags on multiple territories. Some kings can have dominion over multiple realms. In the canons of rap and R&B, that king is Jermaine Dupri. As a rapper, producer and label owner of the celebrated So So Def Recordings, Dupri has directly and crucially steered the current of hip-hop and played an irreducible role in its ascension into the ubiquitous, all-powerful force cultural force that it is today. He has worked with some of its most vital voices – JAY-Z, Mariah Carey, Usher, Destiny’s Child, Warren G, TLC and Master P are just some of the artists that have had their art shaped and moulded by his touch.

In town for F1 weekend last week, Dupri played his first-ever show here at LAVO Singapore. Bandwagon spoke to the legend then and he obliged us with some gems of hip-hop wisdom.

Congrats your induction into the Nashville Songwriters Hall of Fame. What does that mean to you?

Thank you! Being inducted feels pretty amazing. It means I’ve accomplished something. I keep hearing that I’m the youngest-ever inductee but I’m pretty sure that honour belongs to Stevie Wonder. I think he got inducted when he was in his 30s. I might be the first inductee who crossed over with rap and R&B but I don’t think I’m the youngest.

Right now, it’s obvious that the South has won. What do you make of Atlanta’s place of prominence in rap?

It feels amazing to me because I was the guy being told that it wasn’t going to work. All the new artists popping right now don’t even get the opportunity to see what it was like when things weren’t in the mix. It was tough – I always said that Atlanta was going to take over but everyone disagreed. I’m very proud of how things are now.

And right now, the South has blown up to the point where trap is synonymous with Southern rap.

Yes, and that’s a problem. It starts with the word “trap”. Gucci Mane and all those other people started using that word and it became what the world understood Southern rap as. It changed how the music was looked at. They should’ve called it, “Atlanta music”.

For example, West Coast music has a distinct sound; there’s a unified and consistent understanding of it in the culture. Play any West Coast rap song and you’ll know where it comes from. You won't just think of it as gangsta music – it’s West Coast music. Likewise, if a record from New York comes on, it’s known as East Coast music, not just boom-bap. But whenever a record from the South plays, people automatically associate it with trap. So, if you say you don’t like trap music, you’re saying you don’t like anything that comes out of Atlanta and that makes me feel disrespected. That’s how I see it.

How do you feel about mumble rap, then?

I don’t actually know what that is. I feel like I know what people are trying to say. I started making records in ’92  but I fell in love with hip-hop in ’83. In ’84 and ’85, there was so much “mumble rap”; rap music that didn’t make sense. People think that mumble rap only exists now but they should go back and listen to these older boom-bap songs. Call it mumble rap or whatever. To me, there are only too sides: Good rappers and bad rappers.

One of the most beloved songs of yours is 'My Boo'. Can you remember the vibe in the studio that day when that song was being recorded?

Well, that song is interesting because the label didn’t like it and left it off the album. We had Usher’s verse but for some reason, they didn’t like it. It's just that he sold so many records that they wanted to release a repackage of the album and ‘My Boo’ was included in there. Once they did that, it became a number one record.

One of the many urban legends about you is that after working with JAY-Z, you stopped writing lyrics down. How then, do you write songs?

The whole process of memorising lyrics without writing them down is something we do everyday without even realising it. How many songs do you sing along to in the car without having the lyrics printed out? You don’t see no lyrics when you're driving but you know all the songs, right? And a lot of the time, you don’t see the lyrics, ever. Once you realise that you have it in you, it becomes unbelievably easy. That means that if you can put all that energy into someone else’s music, you can put it into your own. That’s what I did. Right now, writing feels like a hindrance. 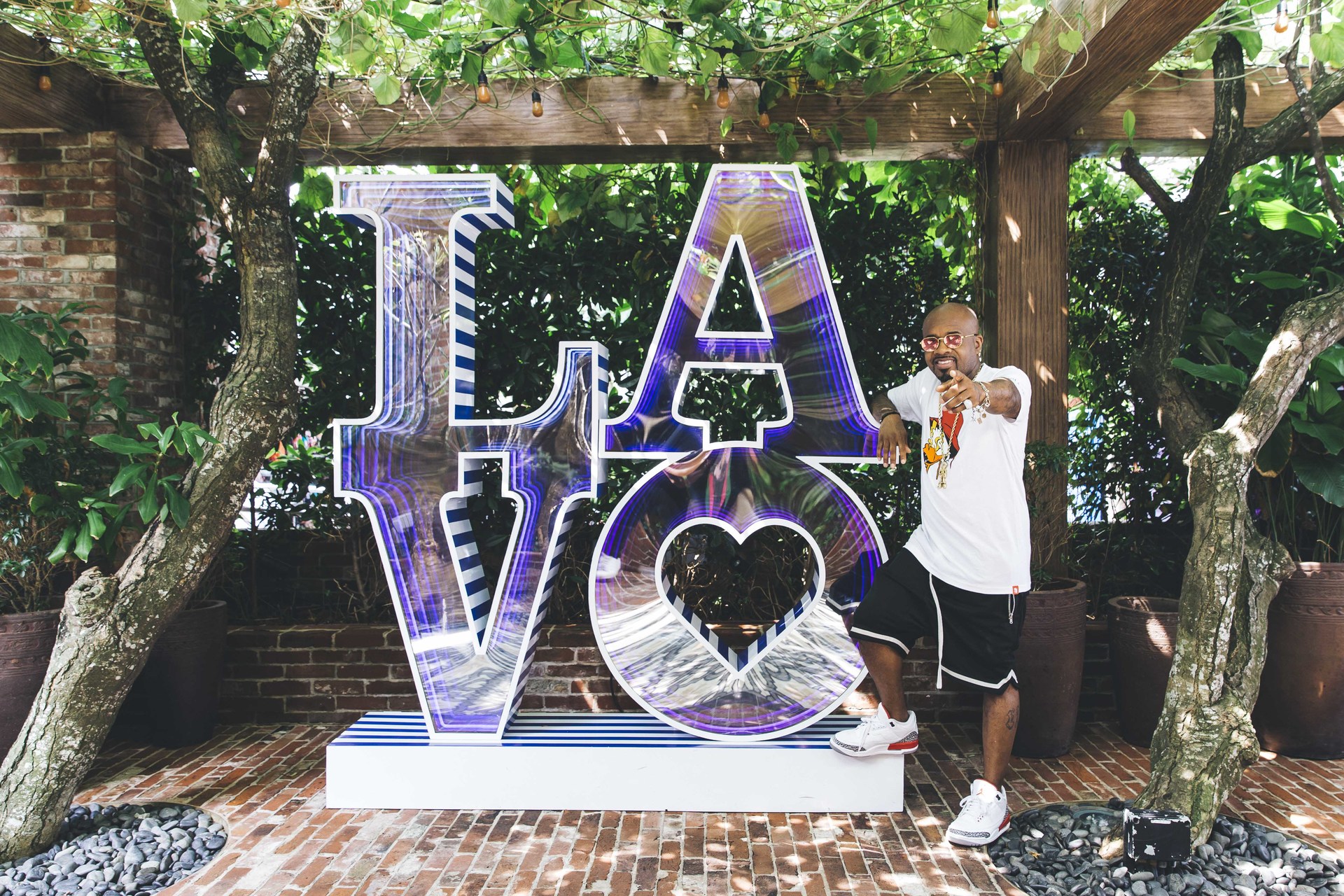 One of the biggest developments in hip-hop right now, is Eminem going at everyone. What’s your stance on beef in hip-hop?

Let the battle go! It feels like everybody is so scared of everything, at this point. What’s the point of going at it online and then everybody kumbayes at the end. Let somebody’s ship get sunk before we diffuse it. Eminem comes from this. He comes from battle. That’s what 8 Mile is about. We’re finally getting a chance to see this in real life, not in no movie. So, let’s see who has what it takes to go against him and if he has what it takes to go against who’s coming for him. I can’t wait.

Lastly, what’s the main quality you look for in an artist who wants to work with you?

Just be as professional as you know how to be. Not everyone knows how to be professional in the way I might want them to be, so anyone who wants to work with me should know themselves first and what being professional means to them. If it means taking all night to work on the song, then so be it. I like people who aren’t distracted by stuff and who just work until they perfect their art.