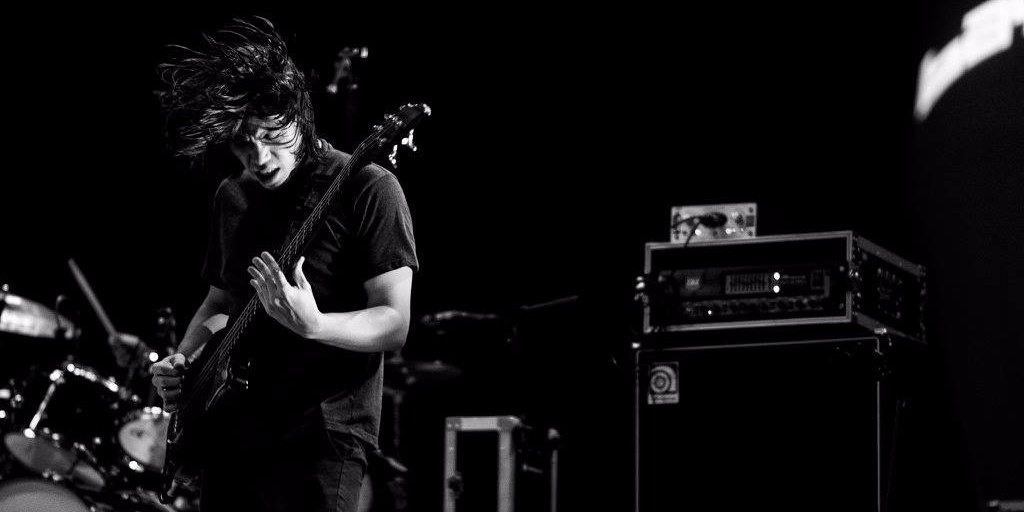 Multi-tasking bassist and songwriter Axel Serik is a busier man than most. Besides being a part-time gig photographer, Axel is also the subject of a lot of gig photography as part of famous math-rock bands like Spaheras and T-Rex.

Lately though, Axel has also been experimenting with electronic musicians, playing bass alongside Akyla's KAIN and Darker Than Wax's Funk Bast*rd at live events.

He's even released an inspired collaboration with Evanturetime and Yllis just last week entitled 'I Don't Care', further showcasing his daring and restless nature as a musician.

Taking a break from his recent electronic-leaning adventures, Axel now harkens back to his dexterous instrumental rock roots under his solo moniker of Navire Creux.

Earlier today, Navire Creux posted a brand new composition entitled 'Nefarious'. And as it's title implies, this powerful track takes us to a dark and heavy turning point for Axel's solo project.

As Navire Cruex reveals to us, "This might be my last track before beginning a new project". Whatever the new project may be, we're pretty sure that it's bound to be as adventurous and compelling as his past efforts.

In the meantime though, you can listen to Axel's farewell to Navire Creux below.