The immense anxiety that you feel while trying to secure your tickets. The sudden adrenaline rush that you experience seconds before your favourite artist or band takes the stage. The sweet sound of live instruments and vocals in your ear.  These sensations have been sorely missed since the pandemic disrupted life as we knew it.

The wait for the resumption of live gigs has been a long one, but with Singapore now officially in Phase 3 of re-opening, the concert calendar is slowly (but surely) filling up again.

With numerous acts already lined up for the months ahead, it is only a matter of time before we get to see our favourite musicians in the flesh again. To help you keep track of everything that will be happening this year, we have compiled a list of gigs that are scheduled to take place in 2021. 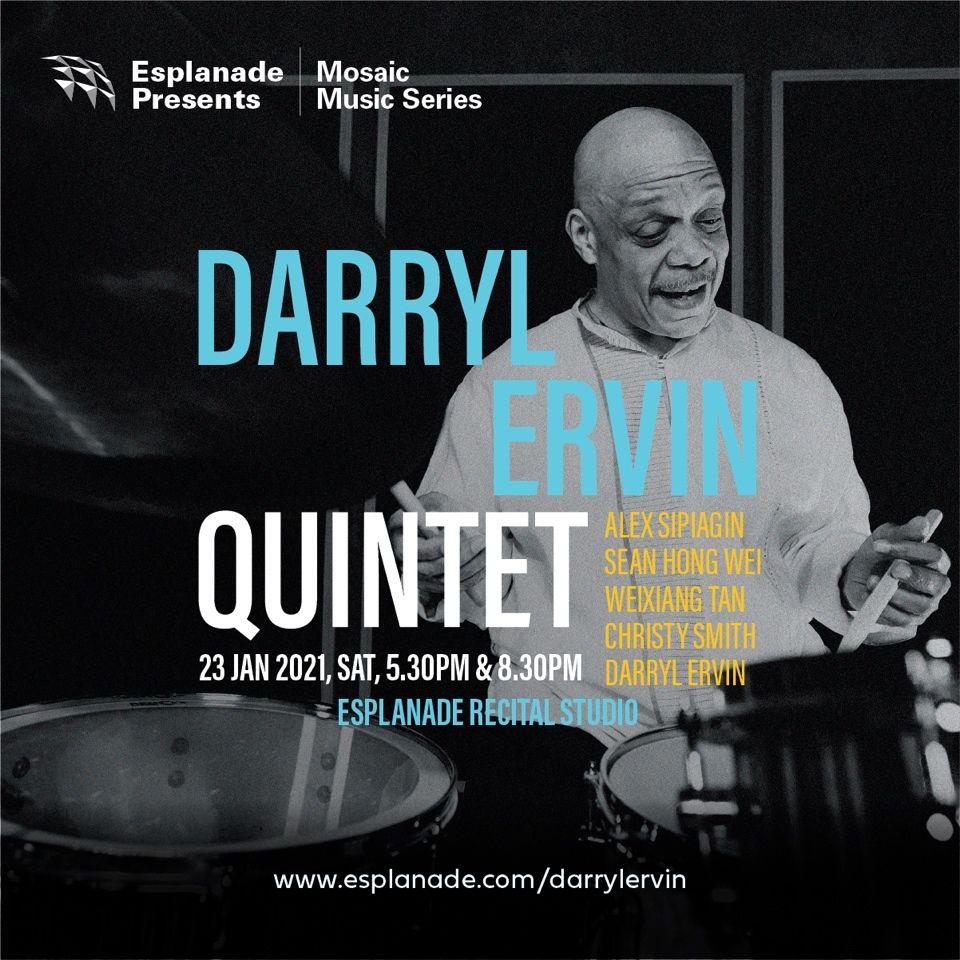 Led by Singapore jazz veteran Darryl Ervin, the Darryl Ervin Quintet comprises Alex Sipiagin (trumpet), Sean Hong Wei (saxophone), Weixiang Tan (piano) and Christy Smith (double bass). Expect to be whisked back to the 1960s and early 1970s as they perform their own renditions of works that defined the jazz music scenes of those eras. 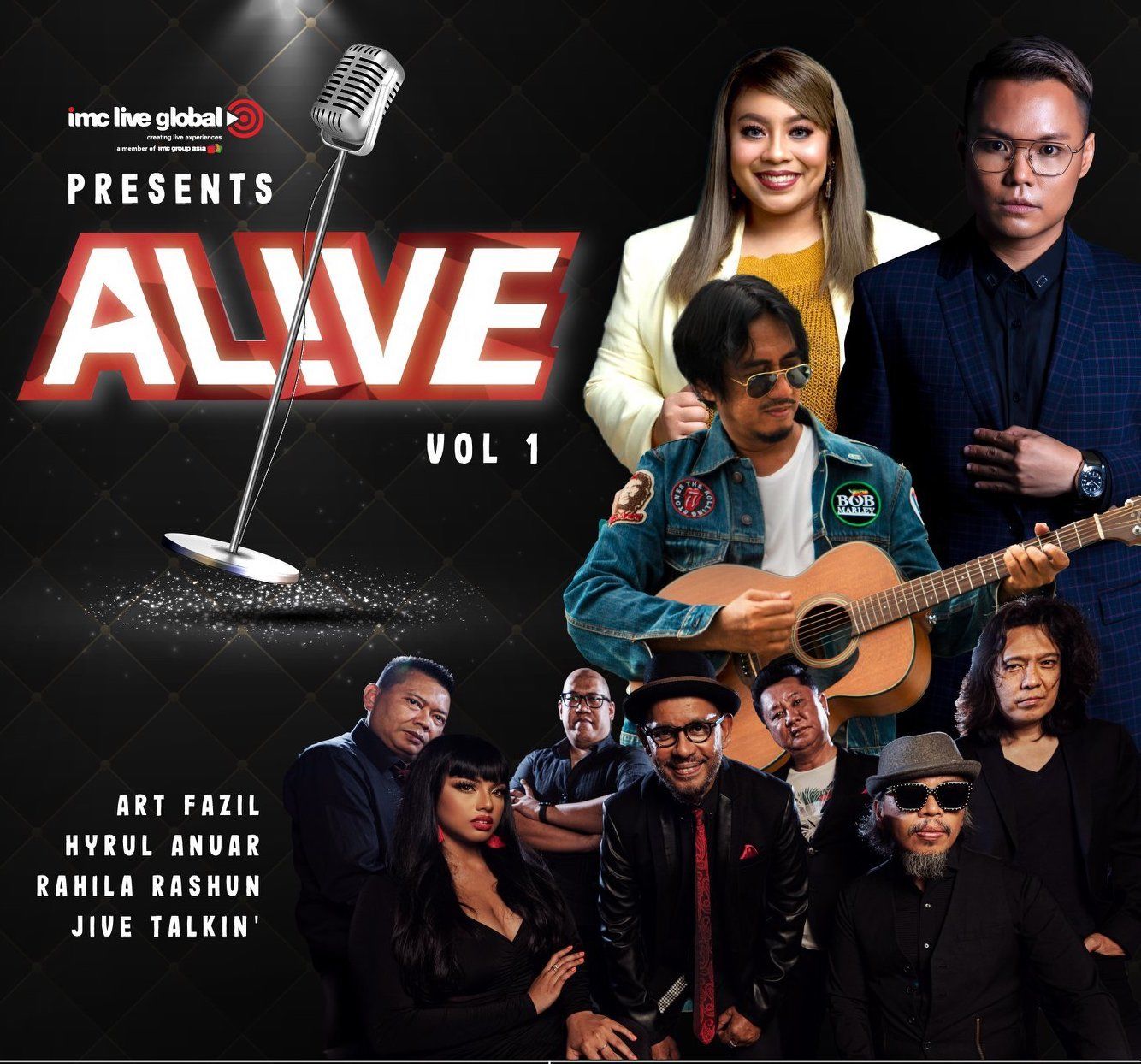 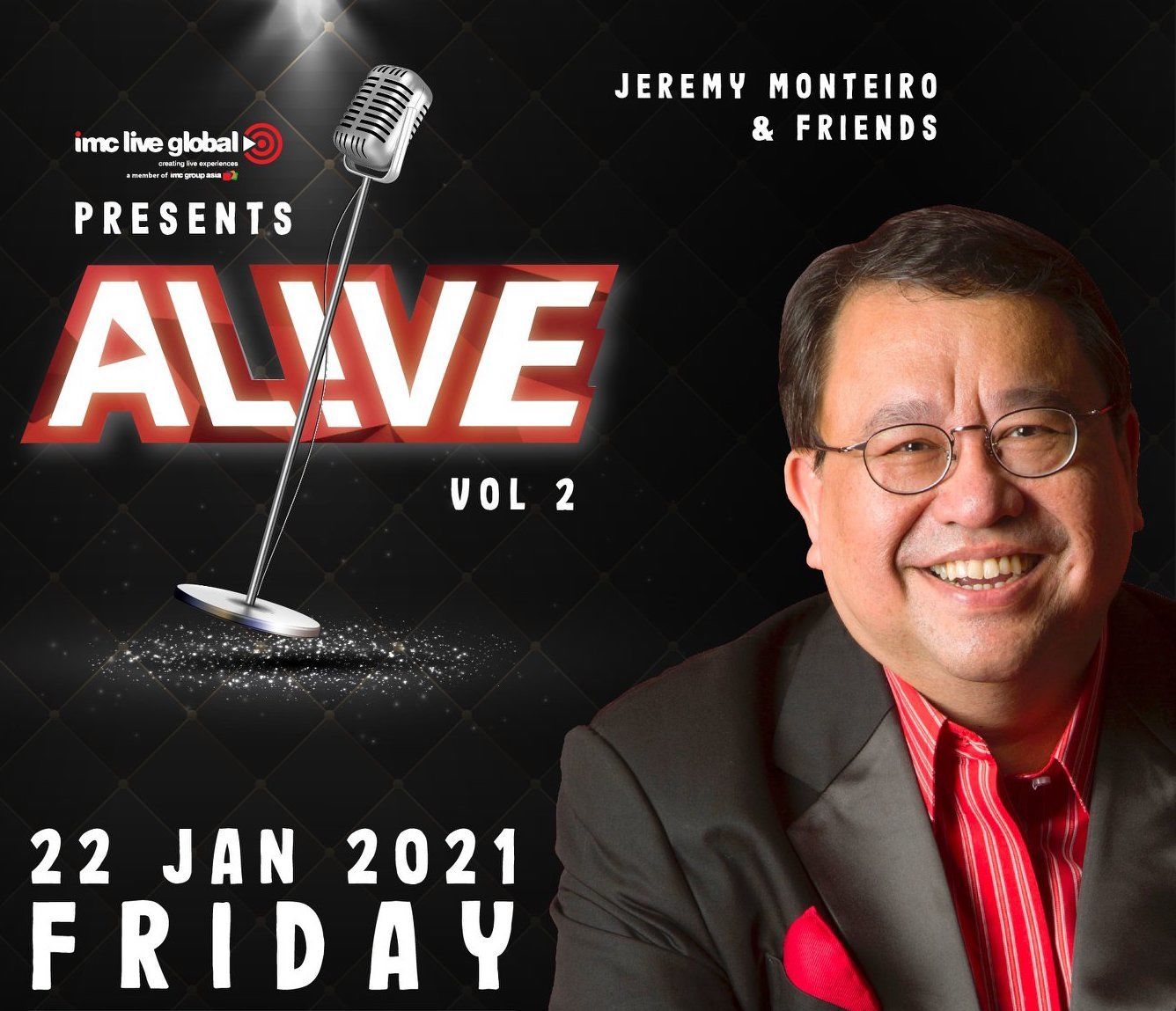 There are not many people who can do it like Jeremy Monteiro when it comes to swing. Since he started playing jazz music at the age of 16, Monteiro has performed alongside icons such as Ernie Watts and Simon and Garfunkel and recorded an album with American jazz record label Verve Records. Monteiro will be joined by local jazz heavyweights Louis Soliano and Alemay Fernandez, as well as Melissa Tham and Siti Iman. 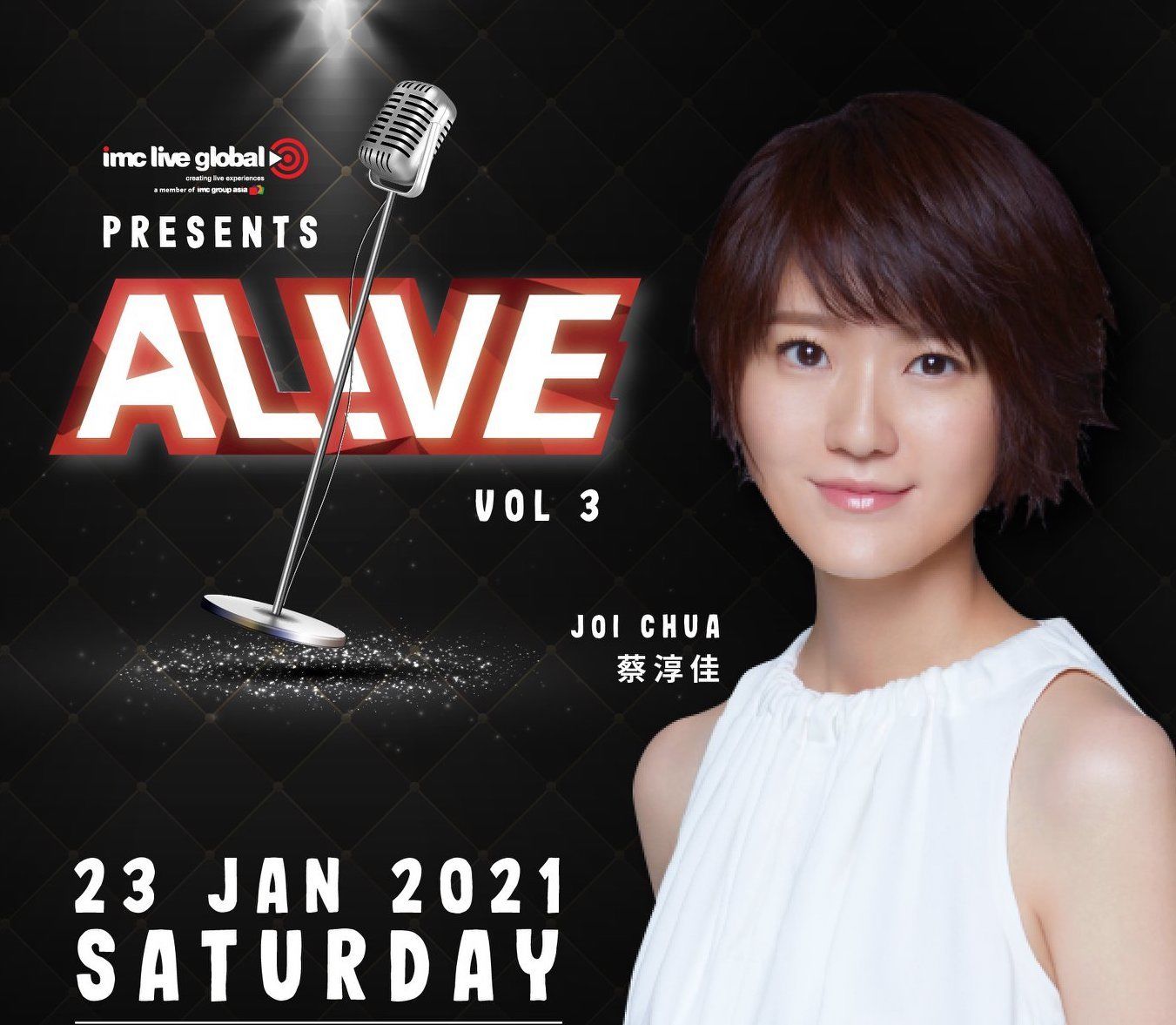 Mandopop songstress Joi Chua will take the stage in the sixth edition of IMC Live Global's AL!VE concert series. In her 25-year-long career, the 42-year-old has captured the hearts of audiences in Singapore, Taiwan and China. 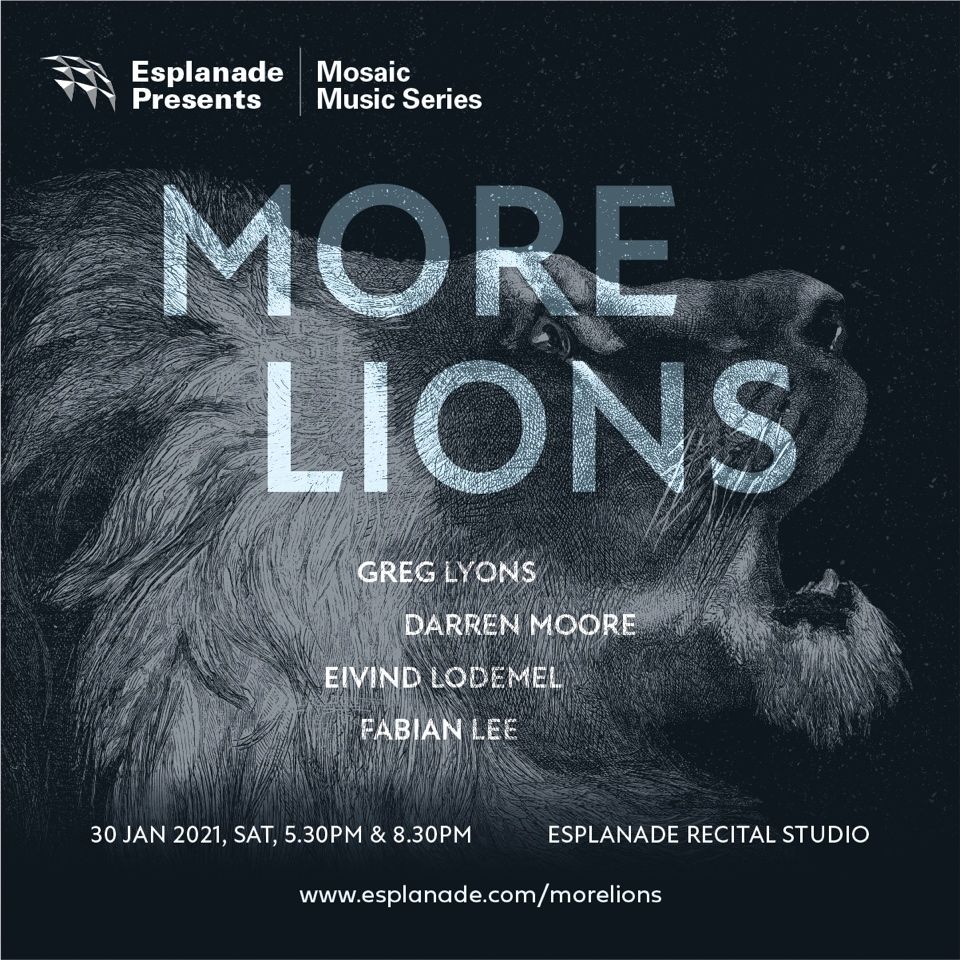 More Lions was born when the minds of Greg Lyons of the Greg Lyons Quartet, a band that once played at the Blu Jaz Cafe at Kampong Glam, and Darren Moore came together. Witness these talented individuals experiment with rhythm and group interplay alongside pianist Eivind Lodemel and bassist Fabian Lee at the Esplanade on 30 January. 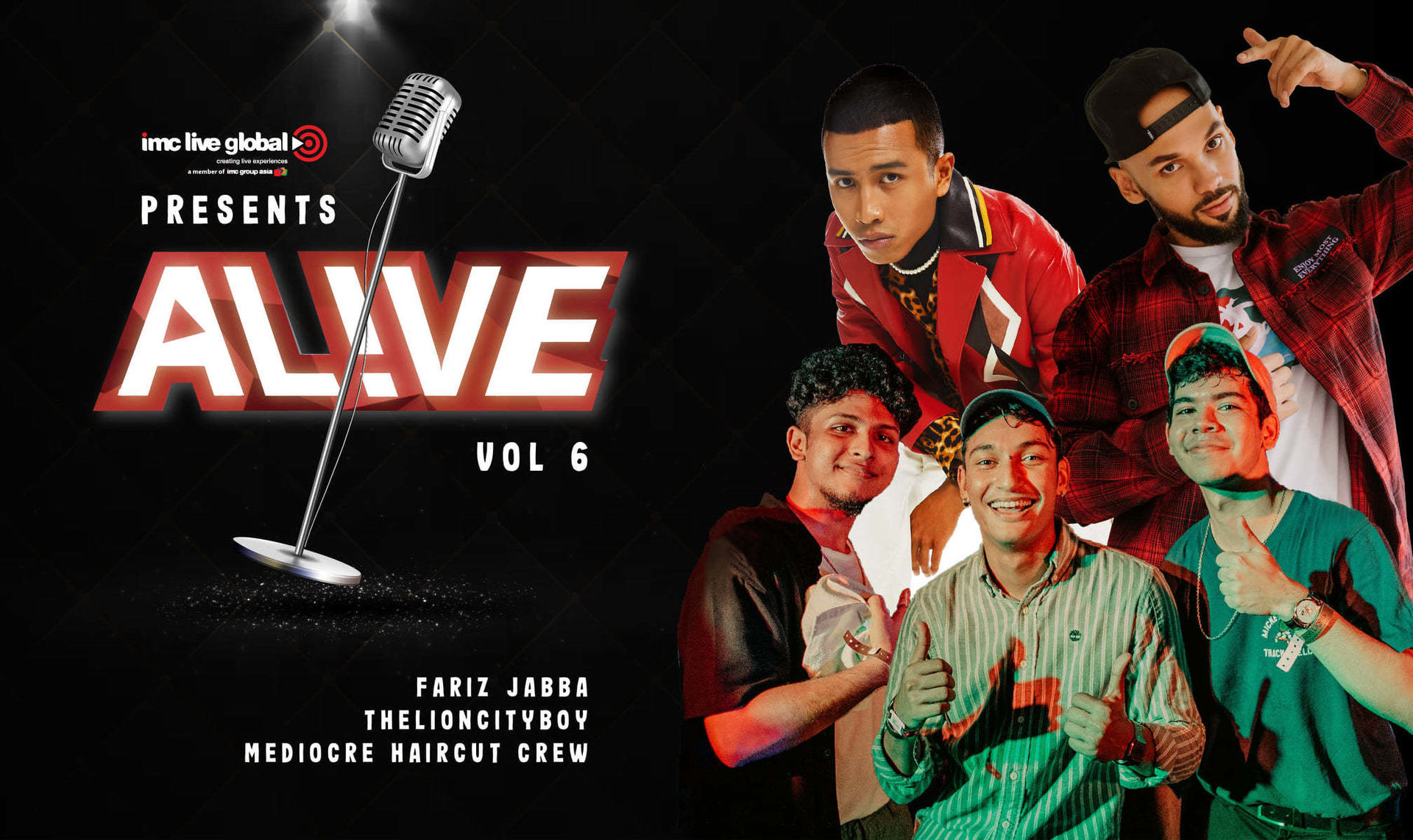 Hip-Hop fans will want to mark this date down on their calendars. Three of the biggest artists in the Singapore rap game right now - THELIONCITYBOY, Fariz Jabba and Mediocre Haircut Crew - are set to dazzle the crowd at the Capitol Theatre with their incredible flows during the newly added AL!VE Volume 6.

A FIELD GUIDE TO THE NATURE OF THINGS BY SUBSONIC EYE 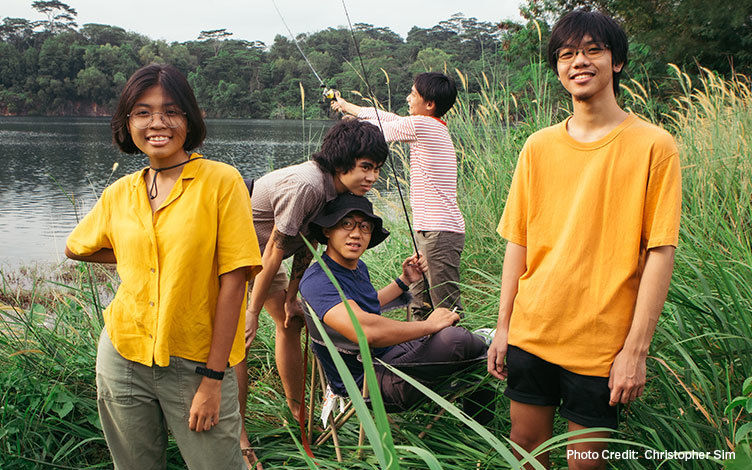 In just five years, Singapore band Subsonic Eye have grown to become one of the most exciting acts in the Southeast Asian indie rock scene. The dreamy vocals of lead singer Nur Wahidah, coupled with the unmatchable synergy between guitarists Jared Lim and Daniel Castro Borces, bassist Spencer Tan and drummer Lucas Tee give the quintet their distinctive sound — as heard in songs such as 'Cosmic Realignment' and 'Sunkissed Skin'. Fans can look forward to hearing live renditions of songs from their latest album Nature of Things as well as staples from the Subsonic Eye catalogue. 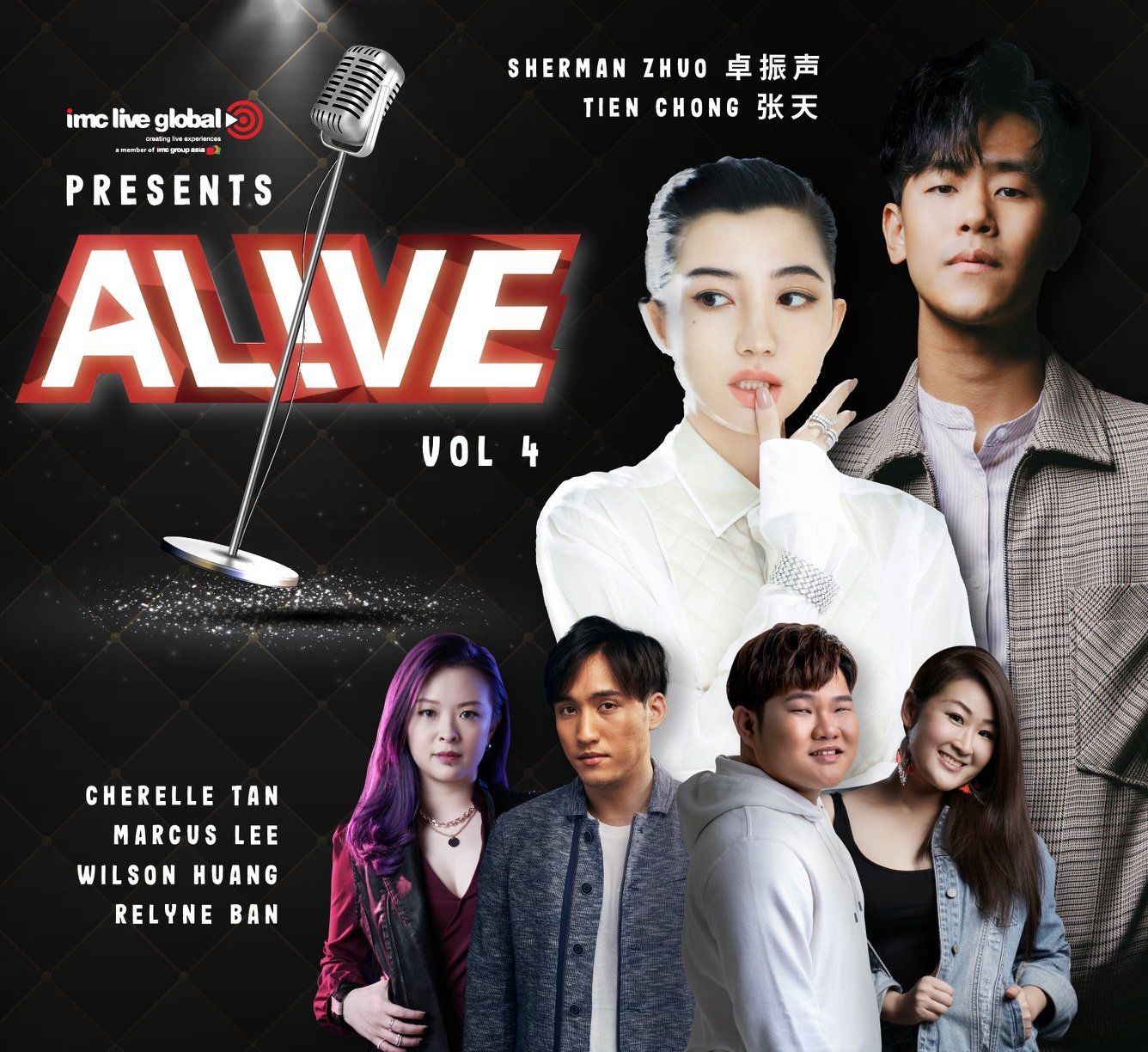 THE FRESHMAN "THAT ESCALATED QUICKLY" CONCERT 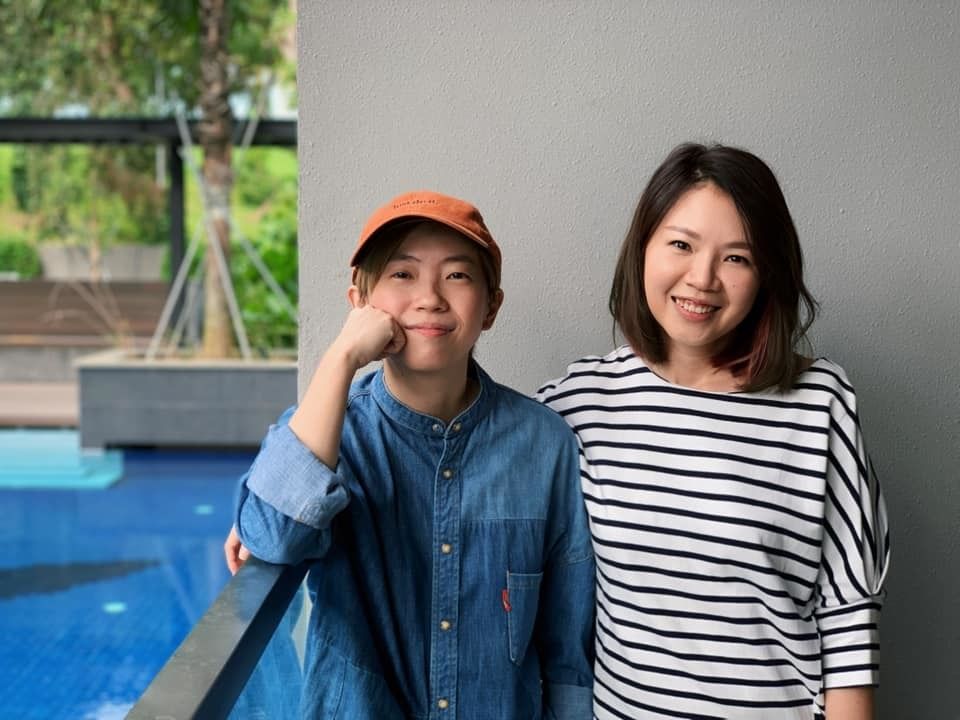 Carrie Yeo and Chen Diya have gone from touring with Mandopop legend Jacky Cheung to carving out a name for themselves in the local Mandopop scene in what has been an impressive 11-year run. During their belated 10th anniversary celebration (their 2020 show was cancelled because of the pandemic) at the Esplanade, the duo will perform familiar tunes such as 'Holding On' as well as new ones like 'Still'.

The nine-piece band from India rose to fame seven years ago after putting their own unique spins on Tamil hits such as 'Munbe Vaa' and 'Snehithane'. For their third concert in Singapore, Masala Coffee will honour esteemed South Indian composers such as A.R. Rahman, Harris Jayaraj and Illayaraja by performing covers of their most renowned works.

Since his career began in 2010, Taiwanese sensation WeiBird (whose real name is Wei Li-an) has released five studio albums and picked up two Golden Melody Awards and two KKBOX Music Awards. During his "At Thirty" tour, the 33-year-old will entertain fans with familiar tunes from his earlier albums as well as fresh ones from his 2020 album Sounds of My Life.

Where: The Star Theatre, The Star Arts Performing Centre

Having amassed more than 1 million subscribers on YouTube and over 2.2 million monthly listeners on Spotify since his career began nearly two decades ago, Yiruma (whose real name is Lee Ru-ma) is arguably one of the biggest contemporary pianists in the world right now. When he returns to Singapore in June, the South Korean musician will enchant fans with live performances of songs from his extensive discography, including the iconic 'River Flows In You'.