If you’re a regular concert-goer, you’ll know that, aside from the weather and how beautiful Singapore is, one of the main topics broached is the Singapore food – like chicken rice or durians, which almost always induce a myriad of colourful responses amongst the whiter crowd. So imagine our surprise on Tuesday night at Fort Canning Park when Ice Kacang – yes that colourful mountain of ice shavings with red bean and sweet corn and lots of syrup – was labelled as “horrifying” to our guests from Wisconsin.

But hey, if the heroes of our long, long time musical youth say so… Then it must be true. 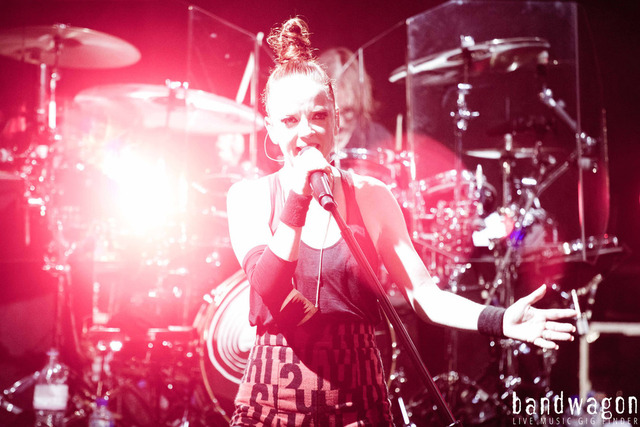 After nearly two decades, these industrial rock stars by the name of Garbage seem little different from their younger days. The ever-so-gorgeous lead vocalist Shirley Manson is as charming as her Scottish accent, and her vocals as thick as her solid eyeliner and shimmering tights. The rest of her American line-up, including Duke Erikson on bass, Steve Marker on guitar and Butch Vig on drums, graced the stage with all the poise of marked veteran musicians. But with songs as vintage as ‘Stupid Girl’ and ‘Only Happy When It Rains’, it’s hard not to remember Garbage as the original grunge band from 1994.

The band has an amazing chemistry onstage, bred from so many years of playing together, with a two years hiatus somewhere between 2005 and 2007. Garbage’s signature rock styles pumped up the atmosphere and transformed the rather-modest looking stage into a grunge powerhouse. Manson kept the crowd happy by chatting in between almost every song. After which she revealed sheepishly that such banter was her secret to cooling down during “hot gigs” – apart from her regular tank-top-pulling. Oh, the looks on the fanboy’s faces...

The setlist on Tuesday night was almost like a hectic flashback journey in Garbage’s music career. Songs like ‘Queer’ and ‘#1 Crush’ got most of the audience high on nostalgia, while their latest hits like ‘Not Your Kind of People’ made it less of another boring trip down memory lane. 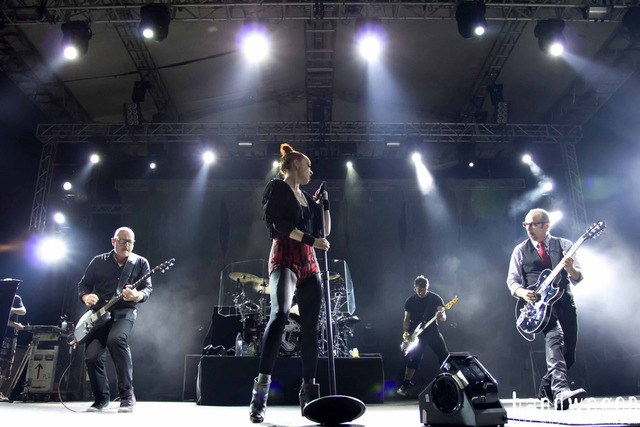 Of course, the hardcore fans will love whatever songs they play, after all the last time Garbage paid us a visit was at least 7 years back, when they just started touring. And so when Manson took the stage and her first words were, it’s good to be back, and how much that meant to the band, the night was set to be a winner.

Now, who says all garbage is trash?