Ever since Charlie Lim pulled a surprise show at the famed SingJazz Club, just a day before his set at their eponymous festival, we've definitely been waiting to see more local acts perform at the luxurious venue.

It's been a heck of a year watching local bands perform at various venues, whether if it was watching post-hardcore band Caracal stripping it down for the Chillout Stage, watching Monster Cat perform in the middle of a busy shopping mall (and it's happening again) or if it was especially watching three very talented Singaporean acts dominate the grand Esplanade Concert Hall in one of the Singapore music scene's biggest nights.

SingJazz has been a particularly resplendent avenue for live music, but one that has mainly been reserved for a variety of local and international jazz acts. With the invitation of Charlie Lim recently, we're hoping this opens up to an even greater variety of acts and with this month, we're getting two fantastic Singaporean bands performing intimate shows at the club.

First up, there's alt-country act Cheating Sons, who recently released their excellent self-titled album and followed it with a series of free launch shows at the Esplanade. This time, they're celebrating the release of the 10-track album on vinyl and will be making an appearance at SingJazz Club, along with all their vintage equipment and instruments. 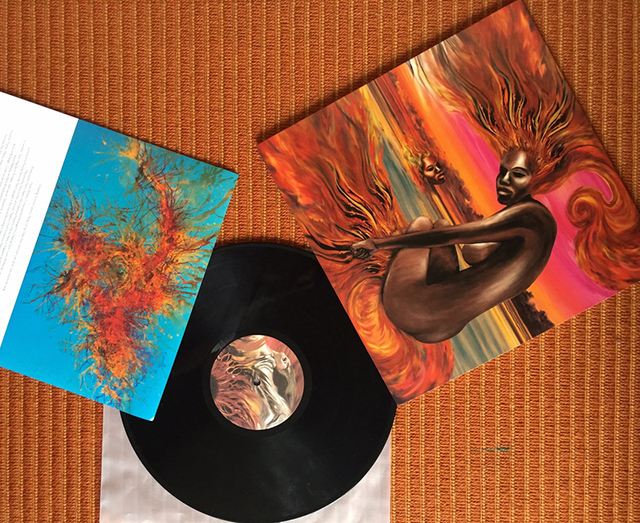 Product shot of Cheating Sons on vinyl, which will be sold at the gig before it hits stores.

Says frontman Renyi Wang, "The SingJazz Club is a gorgeous, velvet-lined venue that will allow us to share our music and merrymaking up close with our wonderful fans. Not to mention a baby-grand piano right smack in the middle of the stage for lounging, guitar-soloing (both on top) and general rock 'n' rollin'."

Meanwhile, the following weekend will see future jazz ensemble The Steve McQueens, who style themselves with a seamless and mesmerizing fusion of neo-soul, R&B and jazz, launching their second album Seamonster, an album recorded with the help of venerable musician Jean-Paul "Bluey" Maunick, aka the frontman of respected UK acid-jazz group Incognito.

The band is fresh off a supporting slot for Incognito's show at the O2 Arena in London. Recorded at Bluey’s Livingston Studios in London, they've been busy building on their self-styled "neo-soul vintage-funk" sound since their first EP Einstein Moments.