He was last seen on our shores in 2012, and while nothing significant has happened to the artist since then, it seems he might be reclaiming 2016 for himself.

M83, the primary project of French musician Anthony Gonzalez, will be making its return to Singapore on May 19th. The prolific electronic music act, which rose to fame for its 2011 hit 'Midnight City' off the sprawling double-album Hurry Up, We're Dreaming, headlined the second round of Laneway Festival Singapore in 2012. M83 will be performing at The Coliseum, Hard Rock Hotel Singapore.

This will be Laneway's first solo sideshow in Singapore under the Laneway Presents banner.

Gonzalez has not released an album since then, although he has confirmed a new record has been finished and could be released sometime this year which he has described as “more fun and fresh” with “a lot of eclecticism”. If that is true, Southeast Asia, along with select dates in North America, might be privy to new material before they're officially released.

Tickets are priced at $79 for early bird, and $99 for standard on SISTIC. Fan club pre-sales begin on February 23rd at 10am, while early bird tickets will be available the next day. 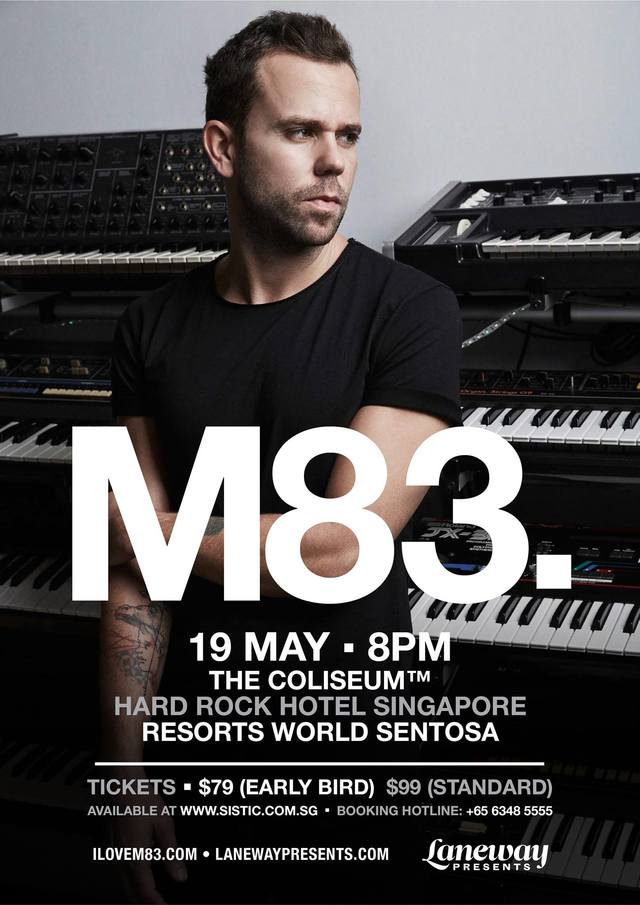