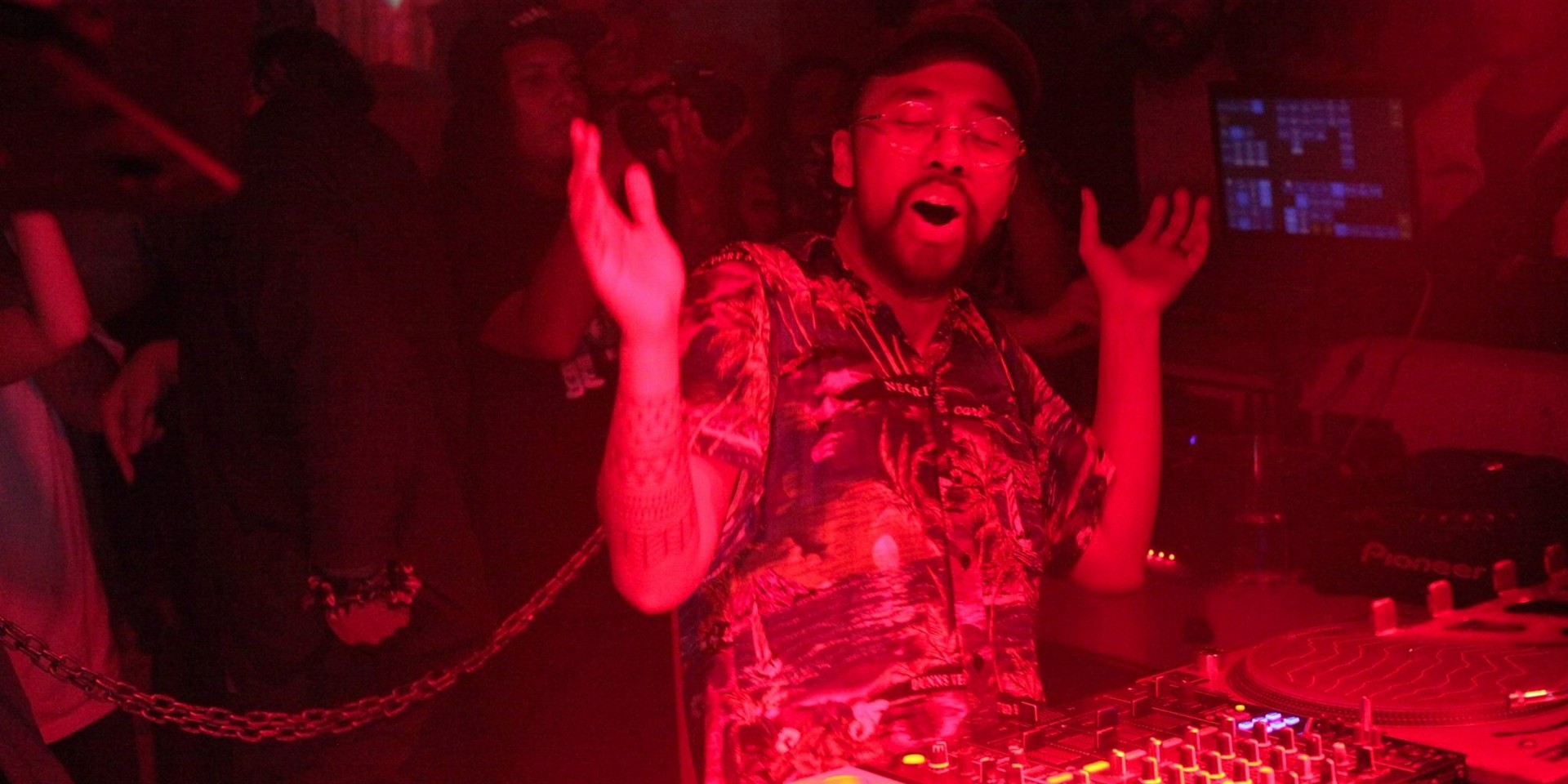 It's been 10 years since Mark Redito's last Manila gig and, as they say, good things come to those who wait. Fans have been eagerly awaiting the producer's return, presale tickets were sold out days before the show and tickets at the door ran out by 10:15 PM. Redito kicked off his Neutropical Asian Tour in Palawan at Lio Beach Festival last month and went on to perform in Korea, Japan, China, Singapore, Thailand and Taiwan, before heading back to Manila for the final show of the tour.

Known for his energetic live sets, Redito performed old favorites, tracks by Girrafage, Mura Masa, Porter Robinson, and Shawn Wasabi, along with a few cuts from his forthcoming album, Neutropical.

XX XX, the club adjacent to 20:20, played host to Redito's homecoming, the perfect venue for a small, intimate show for fans who have been waiting for his comeback or never thought they'd see the US-based electronic musician perform live.

You were awesome last night. Thank you so much @markredito 💖 I live for moments like this. pic.twitter.com/6PFVbX5NrT

#NEUTROPICAL was crazy! 💖🌴💖
Happy to meet up with @markredito, the man is wild behind the boards! pic.twitter.com/IXC83RmFpj

Another fan was so inspired by the music and people, he actually managed to sketch a quick drawing while in the midst of the singing and dancing crowd.

Drawn right on the dance flr during #markredito at #xxxxmanila. Too good a night w gr8 music & beautiful ppl not to do a quick sketch for. pic.twitter.com/bilqVkMsIY

Musician Diego Mapa (Pedicab, Tarsius, Eggboy, The Diegos) also made it to the one-night-only gig, and shared a clip of the crowd singing along and dancing to Redito's remix of Justin Bieber's "What Do You Mean?"

Live music photographer, Jeremy Caisip shares how he and his friends just dreamt of going to the producer's gig while they were still in university. He was rewarded with a 1-hour-and-30-minute set, plus a selfie at the end of the show.

He also found time to document his favorite moment of the show, when Redito played a remix of Smash Mouth's "All Star" with his own track, "Getting to Know You".

All Star x Getting To Know You by Mark Redito last night 😂😂 pic.twitter.com/ySL1RpvbrR

Photographer and videographer Josh Visbal attended the show with friends, including music video director GeloYellow and was another one of the dozens of fans who managed to score selfies with Redito. His favorite part of show? Mark Redito's unrelenting energy.

The show ended after 2 AM and according to fans, the only thing to do after an awesome Mark Redito gig is to head over to Jollibee for some Chickenjoy. (Peach mango pie, optional.)

What should you do after watching a @markredito show? EAT CHICKENJOY!! pic.twitter.com/TCDXjI1UZA