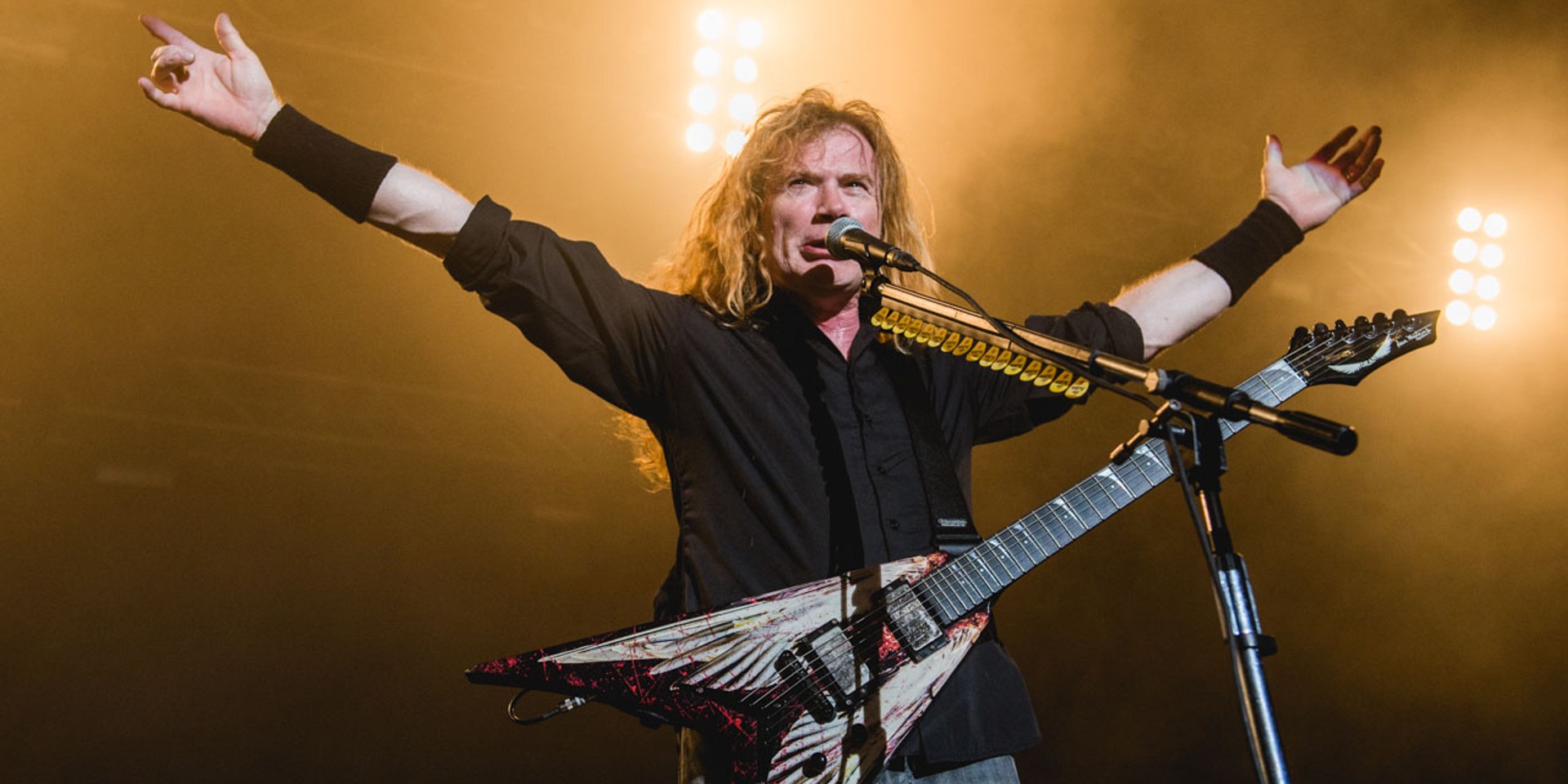 Megadeth's next album is shaping up nicely, according to frontman Dave Mustaine.

The legendary thrash metal band is currently working its 16th album, and has made significant progress. In an interview with Music Radar, Mustaine revealed that the upcoming record will feature 12 to 13 songs, and a large portion of those songs have already been completed.

Whenever I’ve been home, I’ve been working on new music from 10 in the morning to seven at night. My co-producer Chris Rakestraw from the Dystopia team has been helping with pre-production on songs. I have about eight songs and there’s one which is just unanimously everyone’s favourite, which is great... I’m not saying there’s only one good song so far though, haha! Let’s just say whenever I have that first song everyone gets excited about, I know I’m on my way to another great record...

We’re going to do 12 or 13 tracks this time. My contract says I’m only supposed to do eight songs a record and I just can’t do that - it feels like cheating. When I grew up listening to vinyl, it was a lot easier to buy a record and be happy with 45 minutes of music. When the digital world came, the paradigm changed - a musical offering needs a lot more. People aren’t satisfied and hit fast-forward a lot. So right now, we know we’re off to a good start; this new material is only going to get better and better…

Megadeth's last album, Dystopia, was released in 2016 and won a Grammy for Best Metal Performance.

A release date, and title for the album have yet to be announced.

In the meantime, check out the music video for Megadeth's 'Holy Wars... The Punishment Due' below.