2013 is, bar none, shaping up to be one the best years for concerts in Singapore. In a year where we’ve seen gargantuan rock legends like Aerosmith and Robert Plant dominate local stages, we’ll also see one of the biggest rock bands on the planet melt our faces on 24 August. Metallica is set to invade our island after 20 years to play at the Changi Exhibition Centre, thanks to LAMC Productions.

Anyone who listens rock music even casually will recognize Metallica for their massive hit “Enter Sandman”, all the way back from 1991. Since then, they’ve managed to keep themselves in the spotlight by touring relentlessly and churning out albums that, although incurring the wrath of ardent metalheads for their change in sound and image, have sold tremendously.

Even though they made their biggest mark in music history with their self-titled record - more famously known as The Black Album - they were already breaking ground with four brilliant consecutive albums before that. Ask any metalhead and their favourite albums are bound to have at least one of them in their list. Their turbulent debut Kill ‘Em All helped to kickstart the thrash metal movement in the US along with the rest of the “Big Four”; namely Megadeth, Slayer and Anthrax. 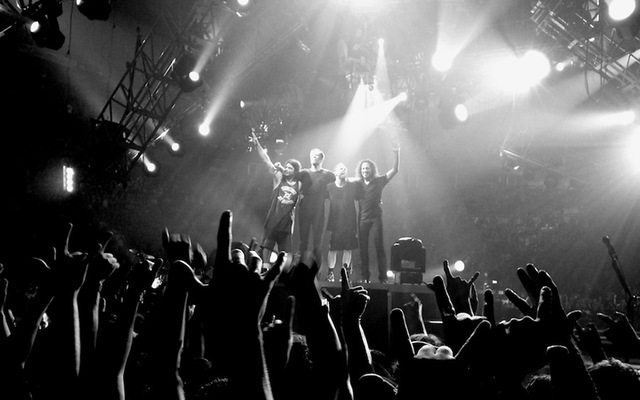 Ride the Lightning and Master of Puppets helped solidify their status in the underground metal movement with a refined sound while ...And Justice for All showed them moving towards longer, more complex song structures. Despite the album’s overall less conventional appeal, it also featured their first Top 40 single which began their path to ultimate mainstream success with 'One'. Three years later with a change of producer and label, the band produced The Black Album. Metallica blew up into superstardom and things haven't been the same since then.

They've been met with both praise and scorn for tweaking their sound over the years, from the blues-infused hard rock of albums Load and ReLoad to a live collaboration with an orchestra in S&M and of course, St. Anger. With 2008's Death Magnetic, they tried going back to their old sound with a different aesthetic to mixed reactions.

Whether or not you think they've 'sold out', if you grew up with metal you probably had Master of Puppets furiously blasting through your bedroom speakers sometime in your life. They tour pretty often but always seem to elude our side of the world since their first gig here in 1993. They may not be the same long-haired lawless metalheads they once were but who cares anyway? They're still kicking ass and Saturday will be a riot. We're absolutely stoked. Meanwhile, here's our selection of our personal favorite Metallica songs.