On Sunday, 7 May, events promoters Moonbeats Asia will be bringing together acclaimed indie-electronic producers Teen Daze and Mozart's Sister for an inspired double-feature at Kilo Lounge.

Hailing from British Columbia, Teen Daze is celebrated for his autumnal and dreamy productions. Although best known for his hypnotic combination of chillwave, house and ambient - his 2015 album Morning World embraced a brighter indie-pop sound (and vocals) to the surprise and delight of many fans and critics.

However, his most recent LP, Themes For Dying Earth, saw Teen Daze return to his ambient electronic style, while still retaining the vibrant energy of his recent work. Inspired by internal issues such as anxiety and depression, alongside external forces like nature and climate change, his newest record might be his most personal yet. 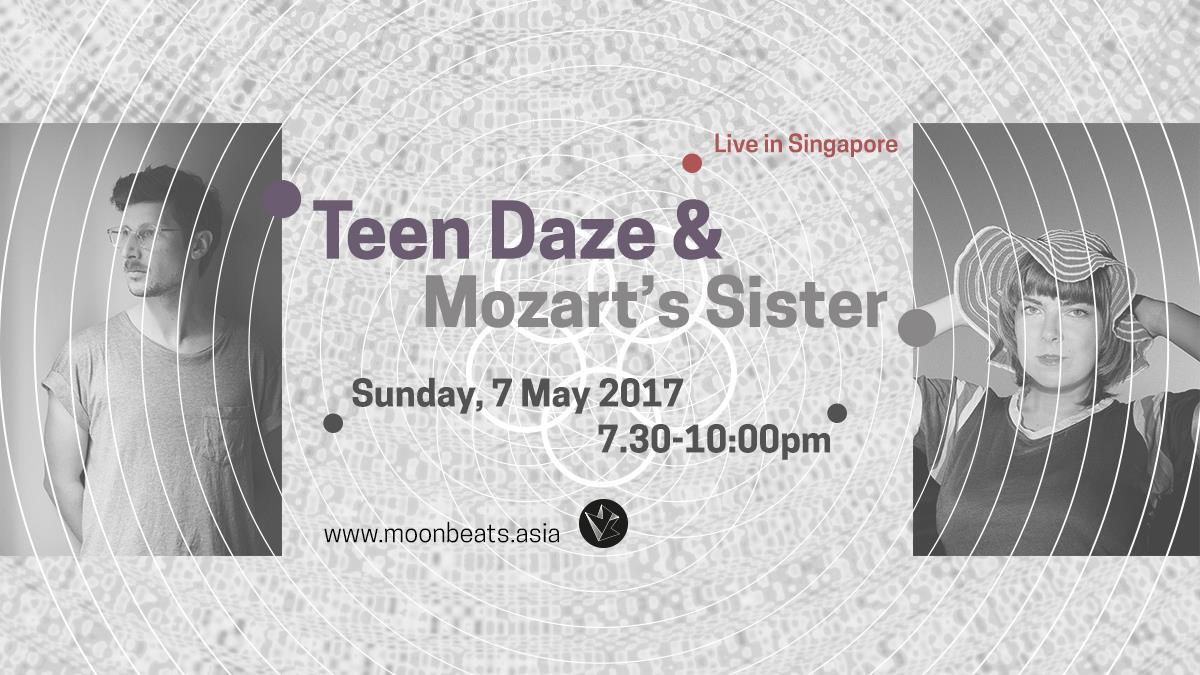 On the other side of this double-bill, Montreal's Mozart Sister is set to make her long-awaited live debut in Singapore. Hailed for her off-kilter synth-pop and capricious energy - her live shows have garnered enormous buzz.

But more than just her kinetic presence, her ornately-composed albums such as Beings and Fields of Love (released just last month on Arbutus Records) have also been praised as joyful, emotional and soulful.

Tickets for the show range between $27 (early bird) and $32 (standard). However if you're going with friends, we'd encourage you to take up the Group Bundle (4 standard tickets) worth $108. You can purchase them here.

Watch the music video for 'Mozart's Sister' below.