The effect on whether a band would lose its appeal after its founding members leave will always be felt. Cracks and voids easily show up whenever a member decides to leave a band and its effect of the departure could go either way.

What that effect could be could never be neutral.

Among those making up for it in positive experiences; a young-faced John Frusciante would replace Red Hot Chilli Pepper’s original guitarist Hilel Slovak, who passed on from a drug overdose. With Frusciante focused on emulating his previous role-model’s acid funk sound, he racked up arguments with producer Michael Beinhorn, who insisted Frusciante play to his familiar styles of hard crunching guitar noises. It ultimately led to the Chilli Peppers finding their sound in the alternative rock direction they have stuck with till date.

On the other end of the plane, Tom DeLonge would be the reason for many stressful and sleepless nights to Blink 182 fans. DeLonge broke news of his departure on Twitter (of all means) after plans were written in the stones to record their seventh album a week after. This controversial departure hit the airwaves and split fans who had differing opinions. Not cool on DeLonge who co-wrote ’Stay Together for the Kids’ with Mark Hoppus, but the show will still go on with Matt Skiba off Alkaline Trio fame, temporarily filling in. While Blink’s new album is yet to be recorded, its current situation is still in the red. With hope invested, fans cling on imploring that DeLonge’s departure would not spell the end of the pop-punk legends.

Now when Gwil Sainsbury left British band Alt-J, there was little shake up in the music atmosphere. With news first broke onto Twitter, music fans would at first question his role in the Leeds band then subsequently stumble, contradict and retract their previous words. This is of course after fans of the old aggressively defend that pint-sized Gwil was in deed an instrumental component to the band’s success and birthing with their debut An Awesome Wave.

The list of Gwil’s tasks in Alt-J apart from being bassist, is for most parts unknown, but most importantly, he has been credited with the being founder to the rising rock band after playing producer to fellow Leeds University schoolmate Joe Newman on GarageBand. Joe’s ideas took on more solid form after, as the band grew in confidence and dedicated their postgraduate life to the formation of 2011’s ∆ EP. Another notable contribution would be his Indian music-inspired part on the six-string for ‘Taro’ with mere electric tape.

Gwil getting his electric tape game on just before An Awesome Wave broke into the US market and changed the band forever.

But years on from success as a musician in a cramped dormitory with strict noise restrictions, Gwil would leave the project he first created after learning that the touring life is more complex than what is usually portrayed and he was far from happy or satisfied as shown, in an interview with the Los Angeles Times.

With the unsettling departure before the band’s writing and recording process for This Is All Yours, Gwil’s choice to leave with consideration before the band start on their writing process shows the parting was done on amicable terms and proved to be a move that would drive the band to dig deep and find an unmatched sound.

When Alt-J came to play at the Coliseum part of a rigorous tour which takes them from Australia to far-out festivals across Spain, Iceland and Norway, Alt-J would no longer be reeling from the gap left by Gwil but would still feel Gwil’s faint pulse within them. 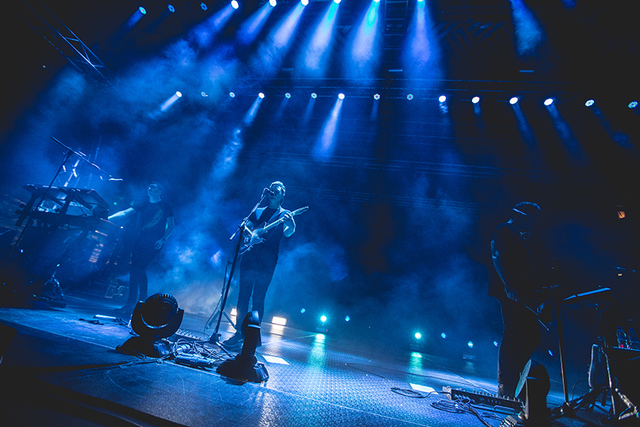 Their new venture is a different sort of chancing upon, samples of Miley Cyrus bragging on ‘4x4’ is draped across tender pulsations from machineries that creep upon hollow drum beats by drummer Thom Green, it compounds further with waves of loose yet pleasurable voice notes from Joe that shift to French. Fans dig within, weeding extensively for breathing space in their opening title while others face this creative burst head-first with blaring wails.

There shall be no toot from their trumpets but the remaining three-piece have fans planted exactly in position on their palms within minutes of sight. Faced with abstract visuals and loud flashes of light, words are unnecessary in conveying meanings or ideas of any kind. In ‘Taro’, replacement Cameron Knight would reproduce the famous Bhangra-sounding part on the guitars without a hitch, as attribution and tribute to the brainwork of the "Blonde Johnny Greenwood" Gwil. 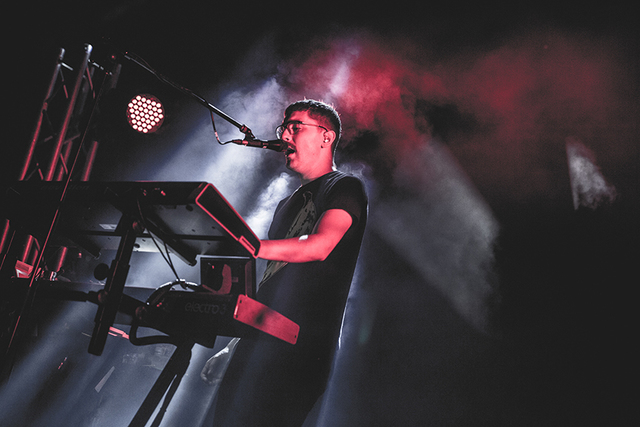 Midway through the set, Joe and Gus would intertwine and bleat about a young lady in ‘Ripe and Ruin’, who envies and beseech above for a worry-free life but is met by nature responding that balance between good and bad is key. Reverberations from Gwil’s departure will be sensed in the lull of the song that leads to ‘Tesselate’, gossips whispered and expressions traded as fans pine for a return.

While the band may adopt the mac short-cut which forms a delta symbol as their band name, Alt-J as an abbreviation would stand for something different. Like interchangeable keyboard shortcuts, they will be an embodiment to a new genre of alternative music far from what Pitchfork still slants them to be. Music as to life would be filled with arrivals and departures, but creativity and talent can overcome adversity and Alt-J will move onwards without their founding member.

But if Gwil ever has second thoughts on returning to the ‘bullshit’ music industry, he shall be welcomed back with open arms. 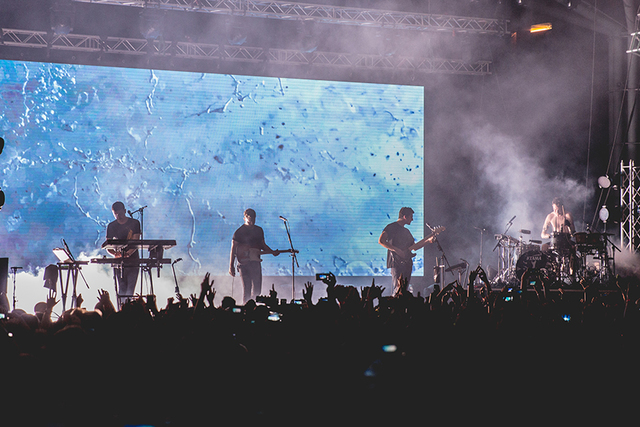