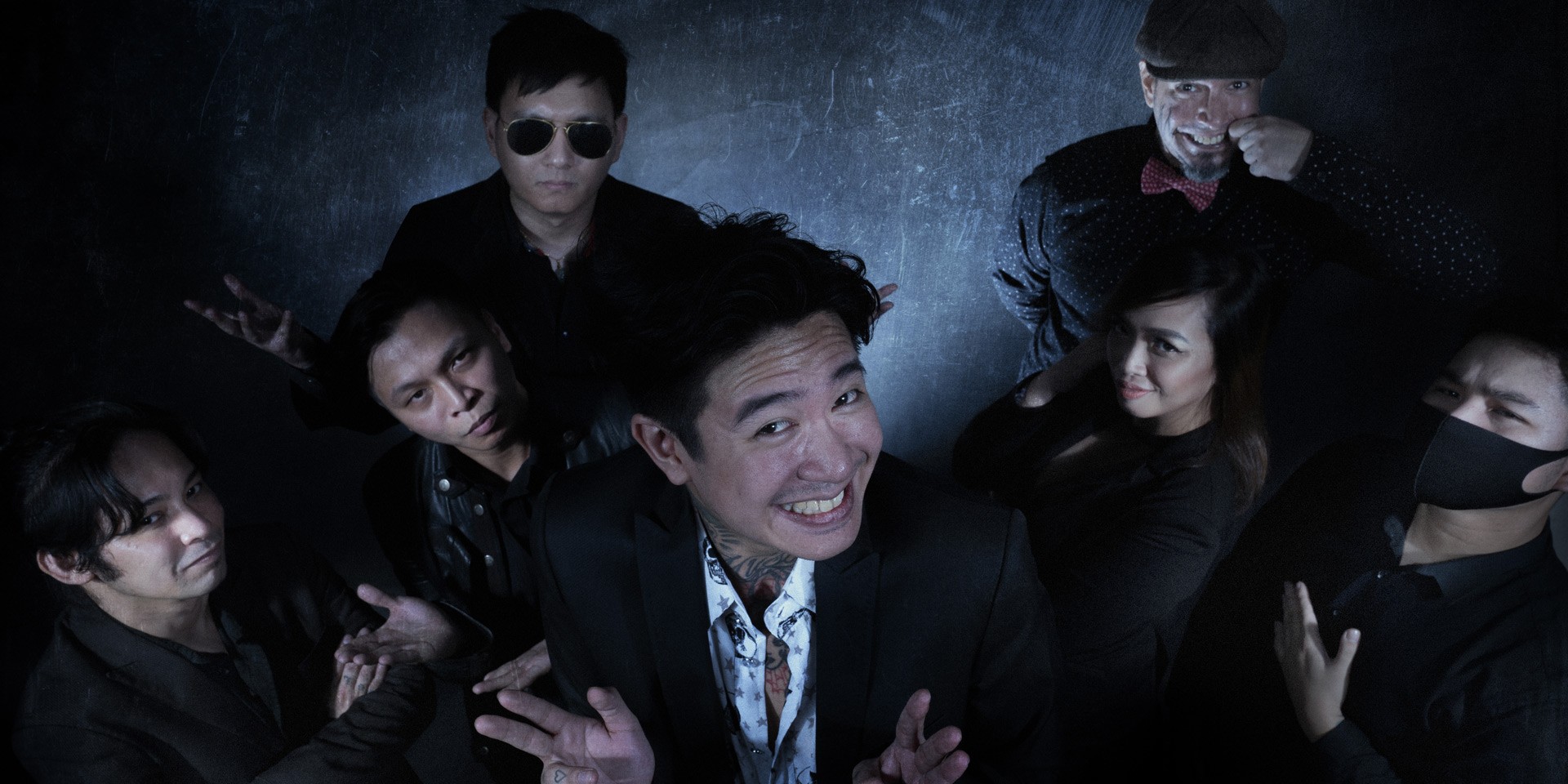 Mr. Bones and the Boneyard Circus have unveiled their fourth studio album The Grand Phantasma.

With their 10th anniversary offering, the 7-piece horror rock act experiment with the newer side of things, taking on a different sense of discipline after signing with Tower Of Doom.

"The whole album, The Grand Phantasma, is actually another side. It’s not a naughtier side," vocalist Bones Frankenstein tells Bandwagon. "It’s a more evil side that I tried to get away from, but it was also euphoria. Euphoria's there, like Mr. Hyde. That’s The Grand Phantasma. The Grand Phantasma is my Mr. Hyde. And yeah, it could be anything: she, he, an entity, anything. Basically, that."

Bandwagon caught up with Mr. Bones and the Boneyard Circus to talk about each track on the band's latest offering The Grand Phantasma.

Alvin: Joanna [del Rosario] recorded this as an a capella and we used it as an intro to the 'Take Me Down' music video. Then one time in the studio we tried putting instruments in and it sounded great! Tapos sinend namin kay Chino David [violinist of Hale] yung kanta to add strings. Ayun. Boom!

The melody was inspired by, well, Jesus Christ Superstar. You can’t go wrong with that. Everyone would know that as well. We’re not copying it. We kinda did, but...

Alvin: Bones and I [had] this melody since 2014 recorded on a voice memo.

Xombie: 'Take Me Down' is my favourite—kasi I’m down with that.

BLOOD ON THE ROAD

Karl: I remember that 'Blood on the Road' started as a Garageband demo put together from loops, which Bones and Alvin took the opportunity to show me while we were on tour in Baguio in 2017. At the time, I was very new to the band, but also very eager to participate in the songwriting.

As one of my first “assignments” for the band, Alvin asked me to arrange one of these demos into a full song that the band could play live and include on The Grand Phantasma. He sent me the 14 year old demo to work with, and from there I made an arrangement for the band’s instruments on the computer.

I would send the drafts of the arrangement to Alvin over email and he would come back with suggestions. Once we had a demo that we were satisfied with, we sent that version over to Bones so he could write more lyrics over it. 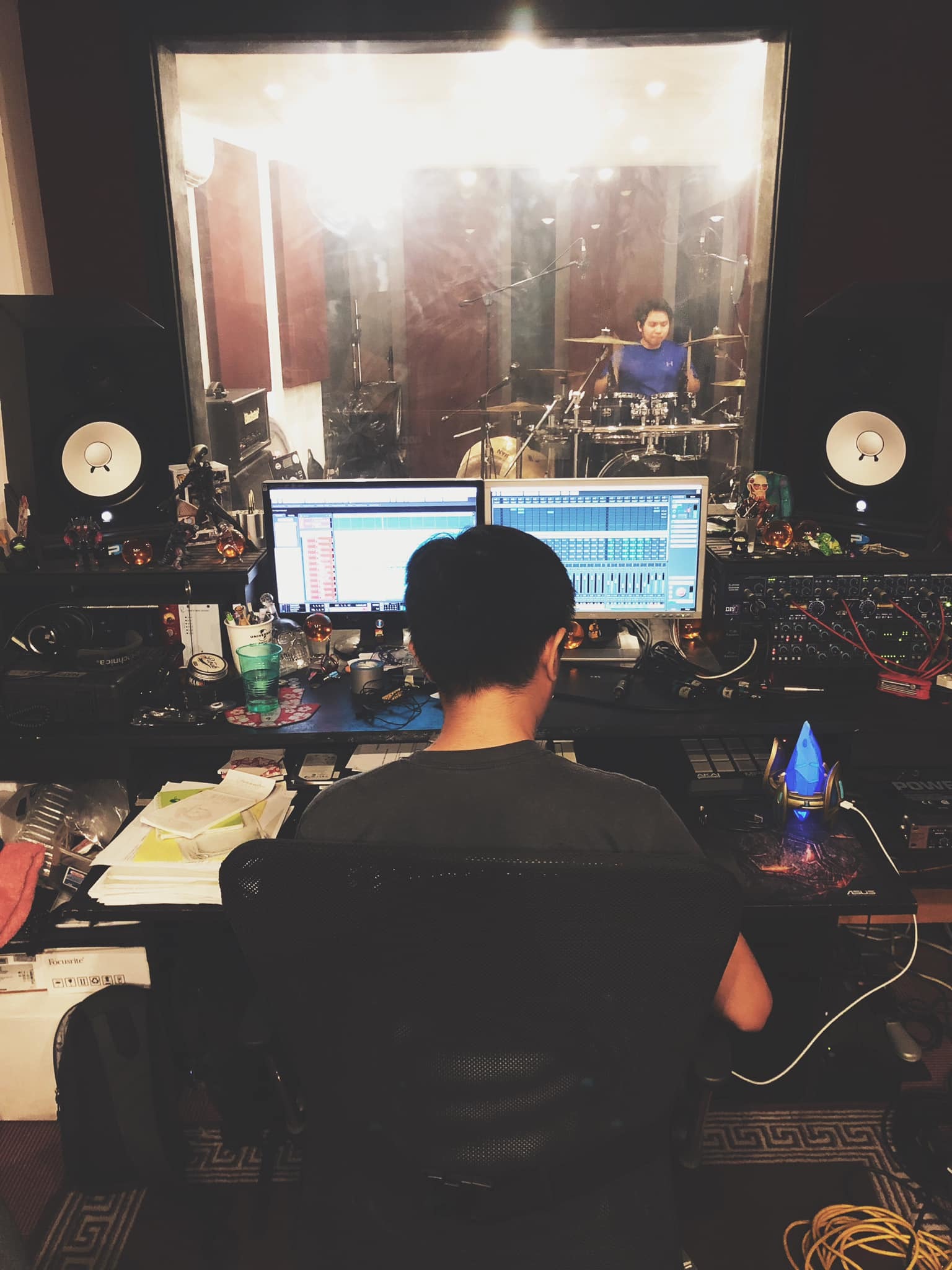 Alvin: May ginawa akong 4-part recording documentary for 'Blood on the Road.'

Bones: It was called 'The Bedlam of Contents.' That’s winning over—actually, it’s winning and losing through—it’s just addiction. It's addiction again. That’s alcoholism, trying to win it over. No, that didn’t make sense, but something like that. So just trying to get away. I’m thinking too hard, I shouldn’t.

Bones: Yes. And that was coming away from alcoholism. I’ve been sober for 2 years, and that’s what I wrote. Joke’s on me.

Bones: Yes. Motivational. That’s my motivational poster: 'The Fall.' Just listen to it.

Paige: But why is it called 'The Fall?'

Bones: Exactly, right? I don’t know. When you do fall, when everything’s so…

Alvin: It reminds you to get back up again.

Bones: Yes. That’s exactly what it kind of is. But it wasn’t called 'The Fall' before. It was 'Lament.' It was just your inner self. "Come on, dude! Get back up there. Hang in there." Meow.

Alvin: Like the intro, it started as an a capella. Then we added all the textures with Kyle to give that old London feel. 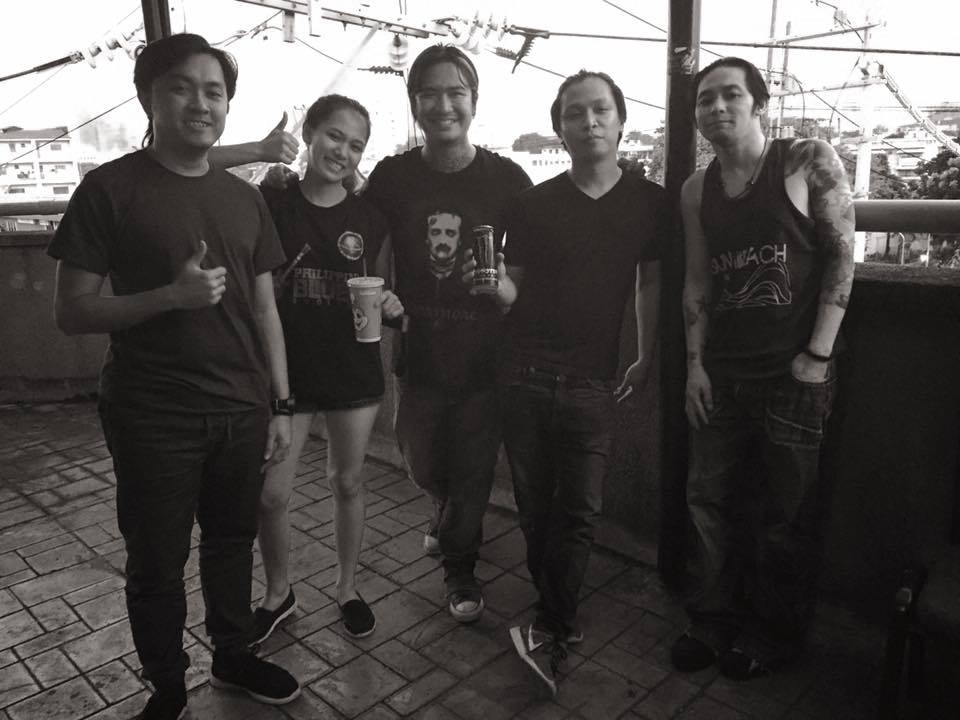 Bones: Okay. So it’s not really 'The Grand Phantasma,' but we wanted to fill some stuff in. And we wanted to give our own horrifying legends like—well, 'Tiptoes of Emily' is like Bloody Mary.

'Tiptoes of Emily' is kind of like our Bloody Mary where she turns into this monster. But in the whole song, it actually—it says about her—so it’s kind of me, in a way, as a girl. I know it sounds weird. Fine. But it’s not only me. It’s other people I knew from even before. It’s about limelight and how it destroys them. 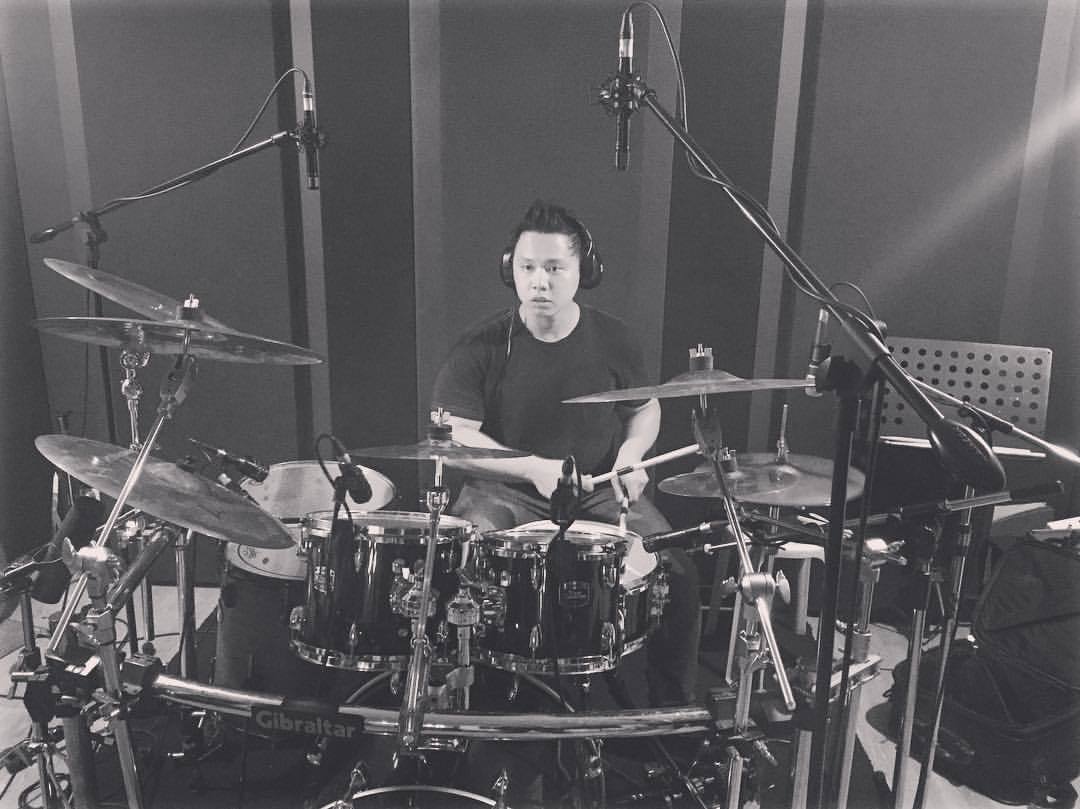 Bones: Horror stories mostly start with a monster to fear in a  rhyme. As an example, you get the Crooked Man. For us, we have The Smiling Jackal. It’s the Boneyards’ “Boogeyman” for an act of revenge. This is our little nursery rhyme.

Paige: This is my favorite song in the album. It’s beautiful.

Alvin: It started out when Sam—Bones’s sister—asked for a soundtrack for her website.

Bones: My sister does a clothing line. And she wanted an awesome riff or tune for her website to show Samantha Richelle.

Alvin: I told Bones to have Karl do it.

Bones: Yes. So Karl Kliatchko, our guitarist, wrote the music for my sister. And then weeks after, I just fell in love with it. I couldn’t help myself, and I wrote lyrics over it. 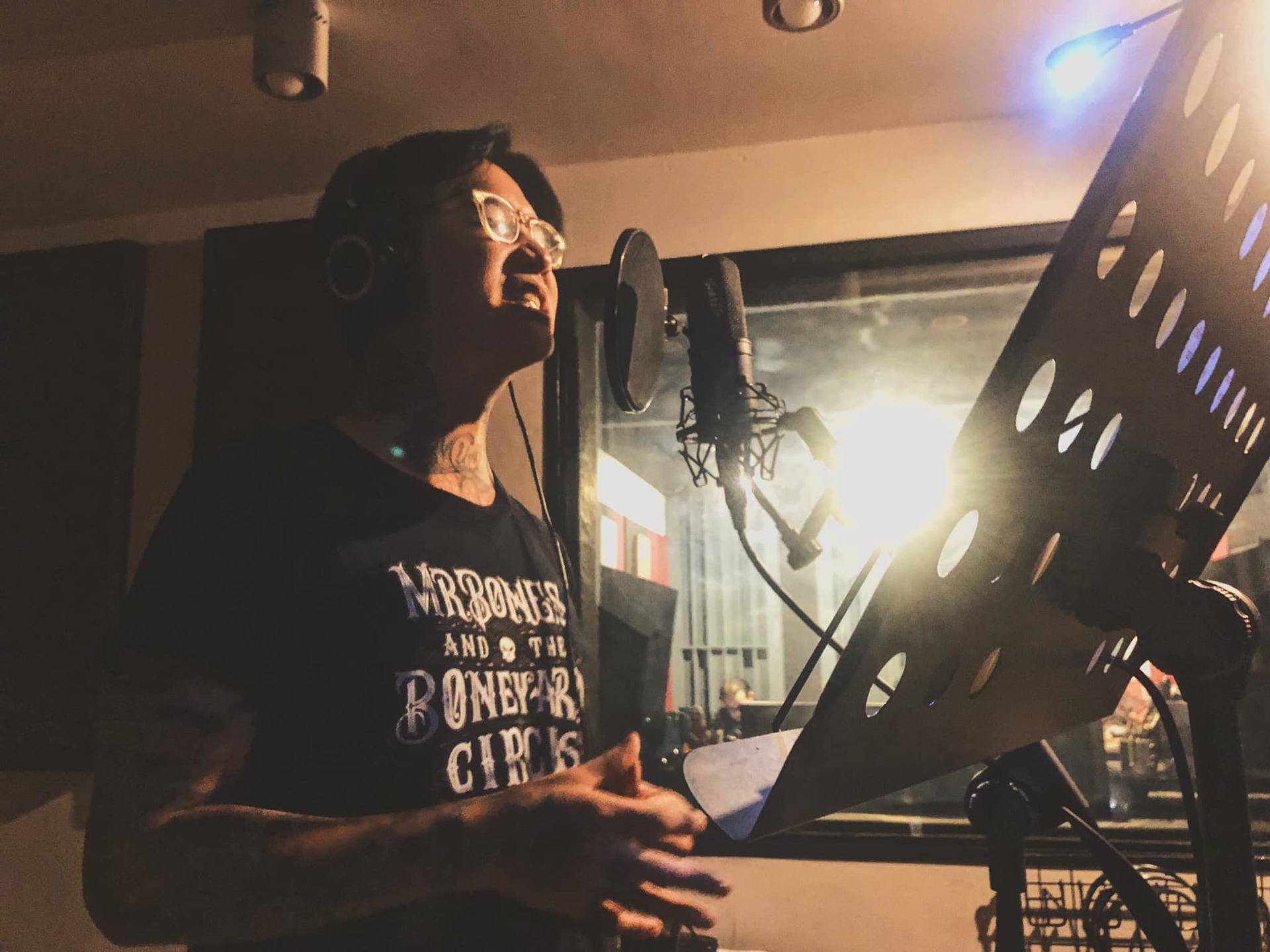 Karl: I didn’t think 'Sanctuary' would end up as a Boneyard song until Bones wrote lyrics over it. At the time I was working with Sam, the song had a more prominent electronic trip-hop feel.

A couple of days after I submitted a draft, Bones recorded a verse over it and sent it to me and Alvin. Over time I would send Bones more complete versions, and he would write more lyrics.

Bones: And those lyrics turned into something stronger. It was about my partner now and my little daughter. And that’s why I called it 'Sanctuary.' That was kind of the—it was the most important song for me in The Grand Phantasma.

Bones: That’s another one under the same timeline as 'Blood on the Road.' So 'Yours Truly' was just what was happening before 'Blood on the Road,' before the crazy-ass relationships. It’s self-hating. It’s self-loathing. But that’s who we are, you know? I am your monster, yours truly.

Karl: The lyrical theme fit well with the music, because 'Yours Truly' has this Korn-like feel.

Alvin: Kasabay ‘neto yung 'Blood on the Road.' We had Karl focus on writing 'BOTR,' then me with 'Yours Truly.'

Karl: I have a tendency to add complexities to guitar parts, so the challenge with writing melodies for 'Yours Truly' was to make the parts simple but interesting to play at the same time. 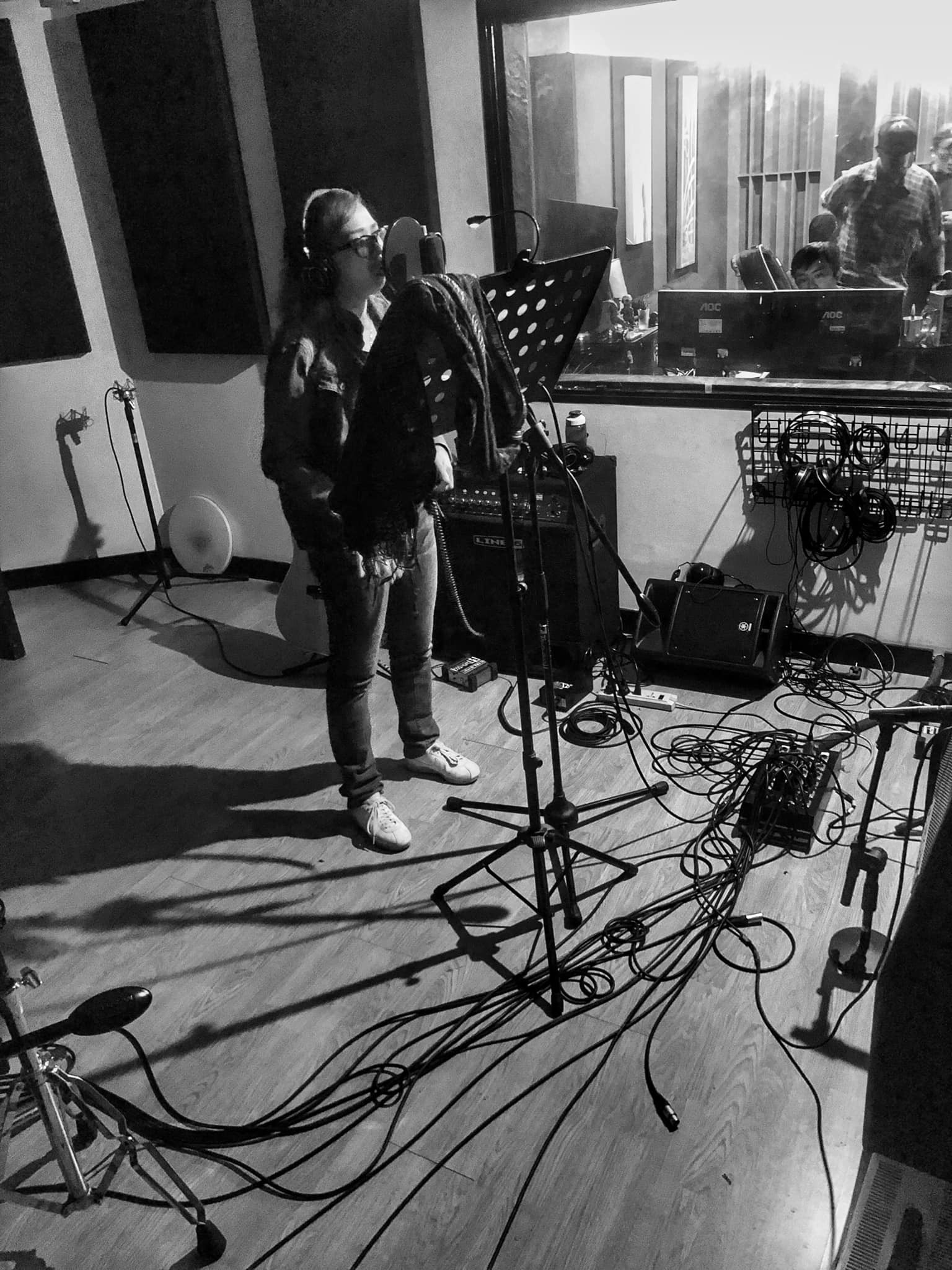 Bones: It’s the same. This is just the reprise. The Grand Phantasma is really my Jekyll and Hyde. It’s a being. It’s an entity. It’s someone you don’t like about you that is grand enough to be a phantasma.

Alvin: After recording the MARIA album, it took us five months before we came back to the studio to finish the track and finalize the album. Tower had to call us and schedule the recording kasi lilipat na sila ng studio (laughs). And si Aldreen na yung pumalo for this track. 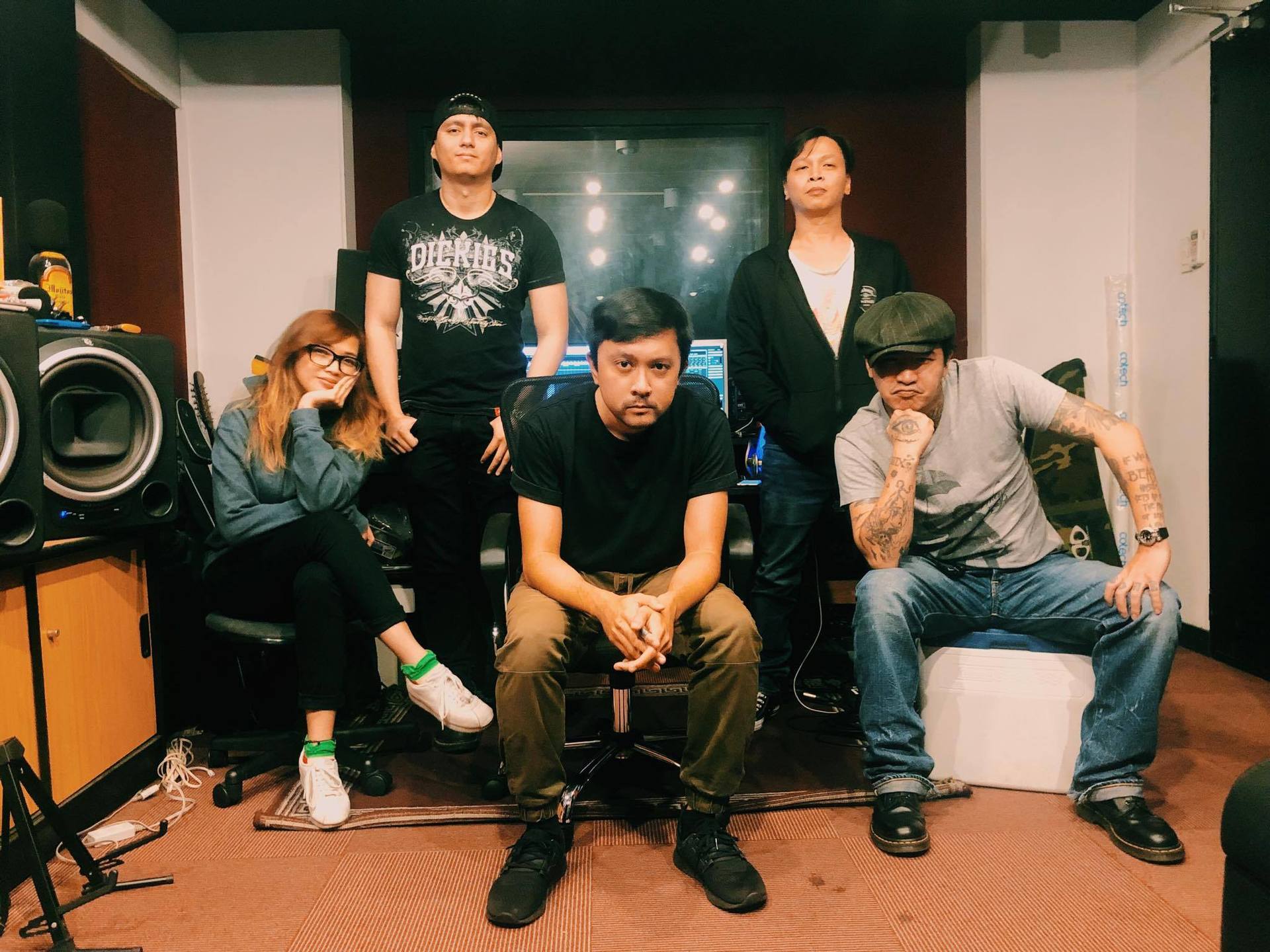